What makes evolution predictable or unpredictable?

The study is published in Science and can be found at: http://science.sciencemag.org/content/359/6377/765

How predictable is evolution? This question has been asked and answered in various ways. Studies of parallel and convergent evolution have shown that species can predictably evolve similar phenotypes in response to similar environmental challenges, and that this sometimes even involves the same genes or mutations. On the other hand, scientists have argued that major external phenomena, such as cataclysmic meteor strikes and climate cycles, render long-term patterns of evolution unpredictable. Thus, evolution can be predictable to different degrees depending on the scale and specific features one is interested in.

One framework for probing the predictability of evolution is to ask whether future evolutionary dynamics can be predicted (and how well) from past evolutionary dynamics. And if not, what actually limits our ability to forecast evolutionary change. For example, evolutionary dynamics could be unpredictable if they are driven mostly by genetic drift. Additionally, evolution could be driven mostly by selection and still be unpredictable because: (i) we don’t really understand the factors causing selection (i.e., the interaction between an organism and its environment that results in selection), or (ii) can’t predict the state of the factors that selection depends on (e.g., whether it will be a rainy or dry year). We combined a 25 year time series data on changes in morph frequencies with experiments and population genomics to provide an answer to the question of the degree and limits of prediction of evolutionary dynamics in the flightless stick insect, Timema cristinae. Our results are described in this week’s issue of Science (Nosil et al., 2018). 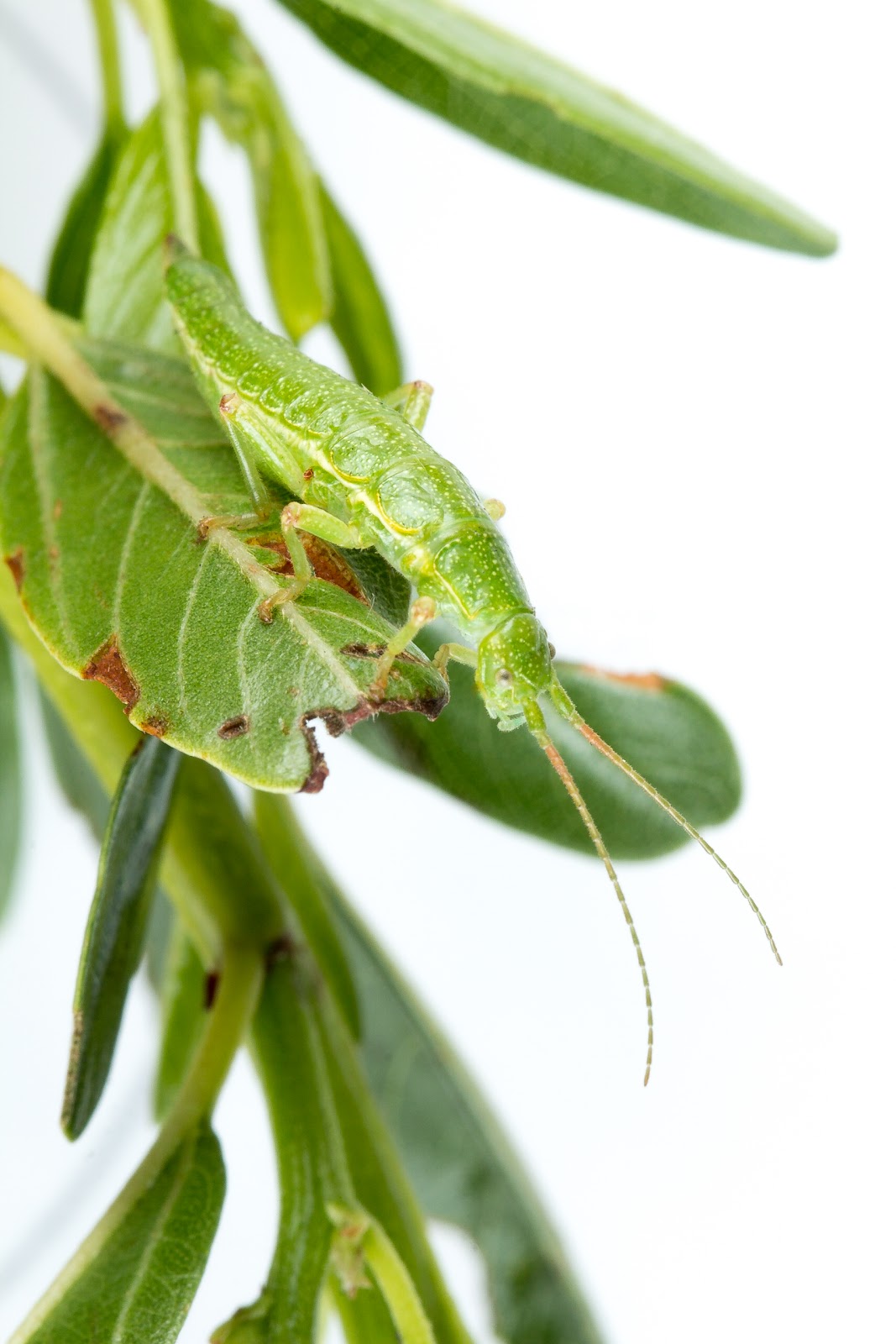 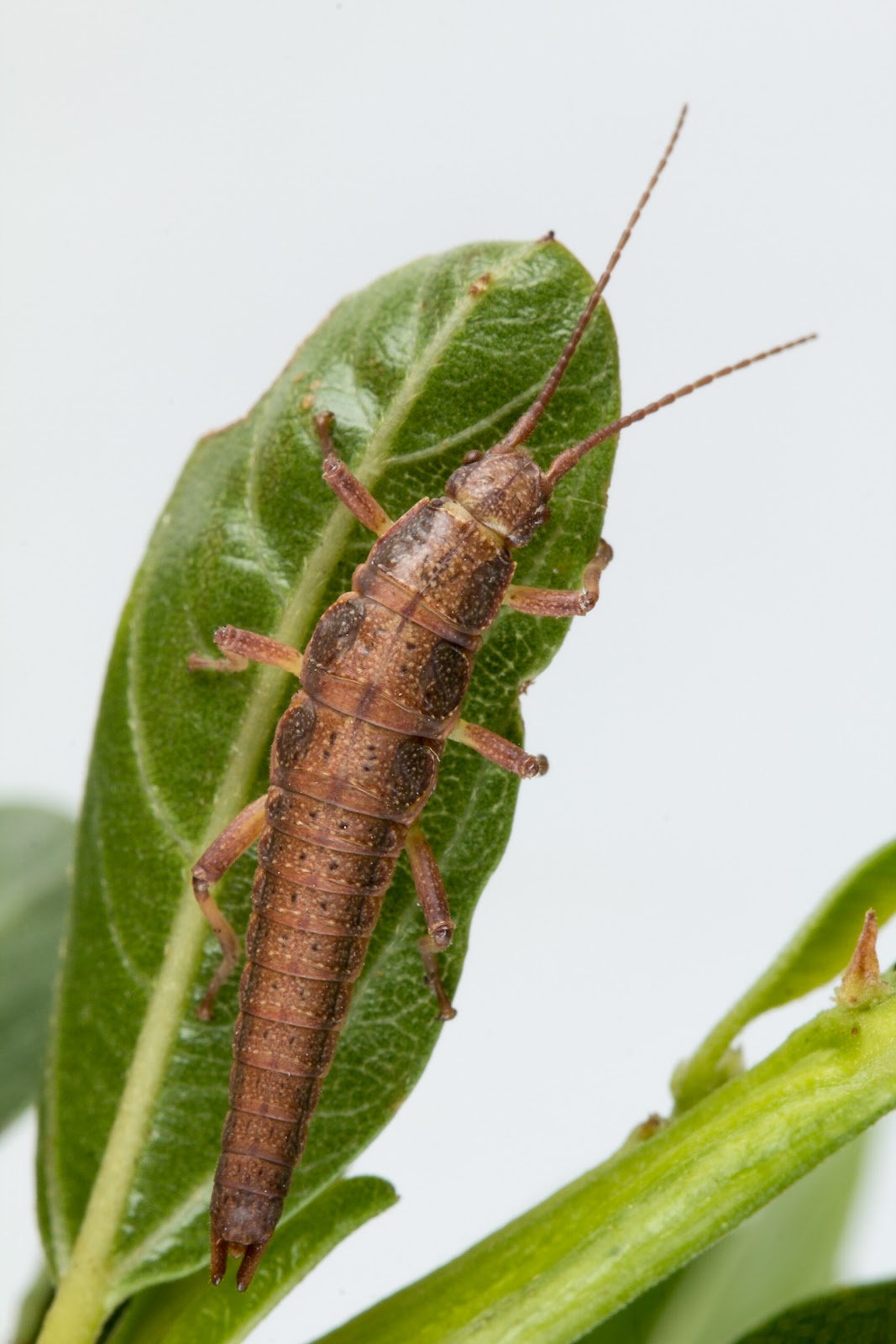 Timema cristinae are small, flightless stick insects found in southern California chaparral. They come in three color/color pattern morphs: (1) green, (2) green with a white dorsal stripe, and (3) dark brown or grey (melanistic). They live and feed on two host plants, Ceanothus spinosus (where the green unstriped morph is more cryptic and more common) and Adenostoma fasciculatum (where the green-striped from is more cryptic and more common). The melanistic morph is cryptic on the stems of both plants. Based on past work, differences in the overall frequencies of these morphs are known to reflect a balance between divergent selection and gene flow (e.g., Nosil, 2004; Nosil et al., 2012). But we didn’t know whether current evolutionary dynamics, that is shifts in the frequencies of morphs over time, were also due to selection and whether these dynamics were predictable. Thanks to decades of work by Patrik Nosil and Cristina Sandoval, we had the data on morph frequencies over a 25 year period that let us answer this question.

Using population genomic data from two field experiments and from an observational study of a natural population, we were able to show that selection was ongoing at the genetic locus that determines color and color pattern. We then set out to forecast patterns of evolutionary change in the time series data. To do this we dropped the data from the most recent years and fit models (auto-regressive moving-average time-series models specifically) based on the rest of the data that we then used to forecast the missing data (i.e., the data we had discarded). The results were striking. We had limited ability to forecast changes in the frequency of the melanistic morph (our predictions explained about 14% of the observed pattern), but near perfect ability to forecast patterns of change in the relative frequencies of the green striped versus unstriped morphs (85% or higher). 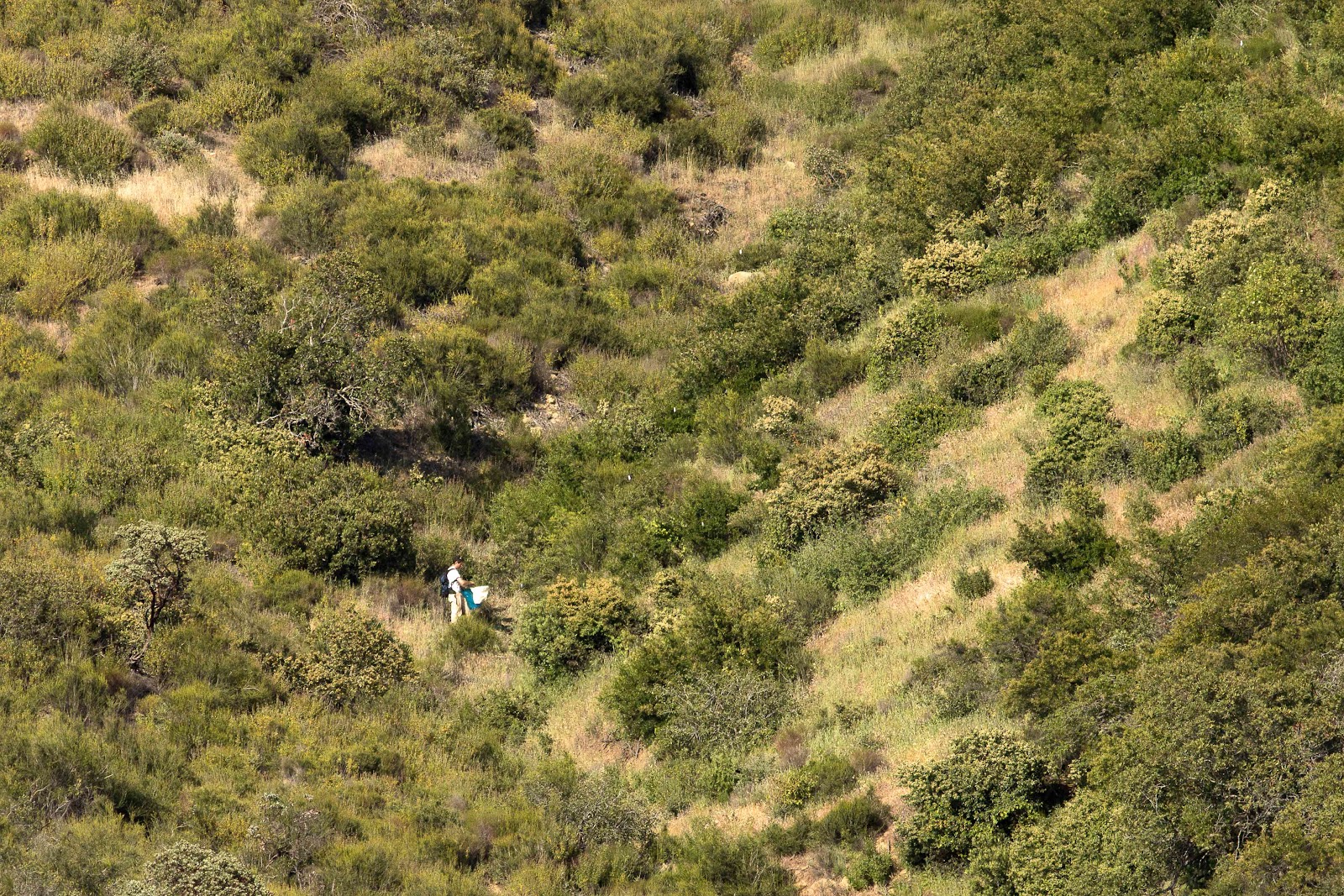 Figure 2. Tim Farkas sampling bushes for T. cristinae in the field. Field-collected individuals were used for genomic analyses and for lab and field experiments.

Why was the green striped versus unstriped time series so predictable? The answer is that it the relative frequencies of these morphs see-sawed up and down in a consistent way for the past 18 years. Every time the stripe morph became more common one year, it became less common the next. This is akin to generating a perfect alternating series of heads then tails then heads, so on and so forth, for 18 coin flips in a row. Using a manipulative experiment, we were able to show that this predictable dynamic was likely driven by negative-frequency dependent selection caused by birds selecting for the striped morph more when it was less common. Evolutionary dynamics for the melanistic morph appeared to be driven instead by more complex factors, including selection associated with variation in weather and climate (melanistic morphs increase in frequency warmer years, but only to a modest extent). Other classic evolutionary time series, such as beak and body size in Darwin’s finches, show similarly unpredictable patterns and likely for similar reasons, that is that multiple factors interact to determine the nature of selection. What if we really understood those factors and how they interacted?

Pierre-Simon Laplace, a 18th century mathematician and scientist, was interested in a similar question. He posited an imaginary creature (Laplace’s demon) that knew everything about everything, and suggested that such a creature could predict the full nature of the universe forward or backward in time:

"We may regard the present state of the universe as the effect of its past and the cause of its future. An intellect which at a certain moment would know all forces that set nature in motion, and all positions of all items of which nature is composed, if this intellect were also vast enough to submit these data to analysis, it would embrace in a single formula the movements of the greatest bodies of the universe and those of the tiniest atom; for such an intellect nothing would be uncertain and the future just like the past would be present before its eyes."  (Essai philosophique sur les probabilités, 1814)

Quantum mechanics (among other things) has cast doubt on the possibility of Laplace’s demon in the full sense. But to what extent is a less powerful version of Laplace’s demon relevant for considering the predictability of evolution. If we had a complete understanding of the factors causing natural selection and if we were able to predict those factors, which could include future climate, weather, the relative abundance of different food sources/competitors, etc., how well would we be able to predict or forecast evolutionary dynamics for traits and genes of interest? In other words, are the limits on predictability due to true randomness (or at least genetic drift, that is, randomness with respect to genotype), or are they due to our inability to sufficiently understand and thus forecast complex (and perhaps chaotic) but deterministic processes.

We will never be able to have ‘all of the data’. However, if prediction is limited by having too little data (or poor data or models for analysis), it might behoove us to work to get as much data as possible to push the boundaries of predictability. This likely means continuing to invest in long-term studies and in experiments that consider as many factors in combination (rather than in isolation) as possible. On the other hand, if evolution is truly random, all the data in world (or universe) won’t help us much.

Nosil, P. (2004). Reproductive isolation caused by visual predation on migrants between divergent environments. Proceedings of the Royal Society of London B: Biological Sciences, 271(1547), 1521-1528.