Determining where the different parts of the body - the head, the trunk and the tail - will form is a critical phase during the early life of animals. By studying the embryonic development of an acorn worm species, we demonstarte an ancient role for the Wnt signaling pathway in this process.

Our work on the role of canonical Wnt signaling in antero-posterior axis formation during hemichordate development has been recently published in PLoS Biology.

The meeting with Chris

As is often the case in Science, the genesis of new ideas often happens by chance. This project began following a "Meet the speaker" discussion with Chris Lowe at my previous institution (IBDM, Marseille, France) where I was part of a group working on ascidian embryology. I was impressed by the beautiful things he had just presented that could be done with an animal I didn't really know much about, the hemichordate Saccoglossus kowalevskii. I kept asking "Why don't you do that? Why don't you try this?"; and he finally responded "Why don't you do it yourself?". That's how I was invited in the world of hemichordate developmental biology more than 10 years ago… Chris had financial support to bring new collaborators and improve research on this emerging animal model. He thought that my embryologist skills could help improve experimental approaches including egg injection that was a bottleneck at that time. I thought I might learn something on neural induction studying an organism with a diffuse nervous system. I have to confess I completely failed in both directions, but fortunately other exciting projects emerged from our collaboration.

S. kowalevskii present throughout the USA east coast is reproductive in May and September. So for approaching 20 years, a crew of various researchers from multiple institutions have been gathering in Woods Hole (MA) early September to access its embryos thanks to the help and facilities of the MBL. Summer research and courses are wrapping up and our crazy month starts! Gathering the equipment from the stock room and unpacking crates shipped and driven from all over the country, setting up the labs and sea tables. Animals are collected at Waquoit Bay, a 30 min ride from the MBL. Teams of researchers spend a couple of hours of digging and sieving worms from the sediment every day to ensure a steady stream of eggs for experiments back in the lab. Everyone gets backache by the end of the month, but the landscape is beautiful and there are numerous sea creatures (the horseshoe crab is my favorite). Still a couple of quiet days until (heat shock)-induced spawning starts to work as animals come into season. Then begin 3 crazy weeks full of experiments, fieldwork, junk food and sleep deprivation.

The interest of the scientific questions I was addressing with Saccoglossus was a strong motivation to work on this species. However, like for all projects, the people that are involved are critical; and with the Saccoglossus project a large number of great people made the project fun and productive. The genesis of work on this project was the dream of 3 people: Chris Lowe, Marc Kirschner and John Gerhart; and they helped many like me to get involved. Every time I've asked John (everyone's reference) his opinion about a new experiment, he would happily respond "It has never been done. It would be a first! You should try". We had really busy days (and nights!); setting up new experiments while fixing the ones from the previous days, collecting and taking care of the worms... So, imagine spending a full month of intense work with the same people 24/7. It can normally lead to some pretty tense moments and more than a few fights – but not in this case. I have a few tips for those interested in maintaining lab calm in similar circumstances: I would normally make up a coffee pot, pour myself a cup before adding an extra liter of water to fit my colleagues taste; a drawer full of candies including peanut butter cups; a beer at the pub; and a daily break for a swim or a run.

I find eggs and developing embryos beautiful and it is part of the reasons why I became a developmental biologist. Saccoglossus did not disappoint me! Nicely colored and big oocytes (classical embryology might be possible…) that develop within a transparent protective vitelline membrane and make up a tiny worm in a matter of 3-4 days. With the very first fertilization of my first season in Woods Hole, I made my first blastomere isolation experiment. Thanks to our predecessors in Woods Hole in the 50's-60's we have a comprehensive description of normal development and fate mapping. I simply separated animal cells from vegetal cells. Similar to what happens in sea urchin, the vegetal part developed into a rather normal embryo while the animal part formed a ball covered with very long cilia, typical of the anterior sensory apical tuft. In this way, I had a research subject: understand what happens, how the antero-posterior axis is established. Is it like a sea urchin or like a vertebrate? After the first season, I brought back my samples in my lab in Marseille and performed (lots of!) in situ hybridization. After the first results, I wanted to know more. I went back to the Woods Hole for the next season, then I did it again, 5 seasons.

Setting up an axis

A collective effort (setting up protocols, making original observations, performing in situs, injections…) allowed us to understand the key steps that Saccoglossus follows to set up its axis. We were quite lucky because it turned out that these steps can be temporally and experimentally uncoupled. The first step is the definition of the vegetal cells as mesendoderm by nuclear β-catenin. Then, this newly defined mesendoderm patterns the rest of the embryo, the ectoderm, by inducing a posterior identity. This part of the work has been published a while back in Development. An obvious candidate for this posteriorizing signal was Wnt signaling since a large comparative corpus has led to the idea that this pathway defines the posterior of animals. By performing in-depth description of Wnt signaling deployment and function during embryogenesis, we have shown that – in a manner very similar to vertebrate neural tissue formation – Wnt signaling levels specify various part of the A/P axis, with anterior fates defined by low levels and more posterior fates by higher levels. However, the most posterior part is not defined by Wnt; hence Wnt is not the signal sent by the endomesoderm. This was very puzzling for us, but this finding is actually in agreement with data from vertebrates. We thus propose that, at least at the base of the deuterostomes (the group that include vertebrates and hemichordates), the posterior is defined independently of Wnt. 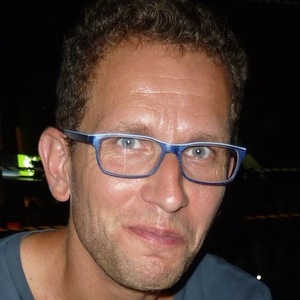