Mammals show an incredible diversity of morphological, physiological and behavioral traits. Understanding how these traits evolve requires identifying differences between species in the developmental programs that give rise to those traits.

You are probably familiar with Darwin’s “I think” drawing, one of the first representations of a phylogenetic tree (on the left). You may be less familiar with Martin Barry’s tree (on the right), published some time before Darwin sketched his own. If you look at Barry’s tree and see a phylogenetic tree you are definitely not alone, but it is actually representing animal development in the form of a tree. In his tree, Barry is summarizing ideas on animal embryonic development forwarded by one of the founders of comparative embryology, Karl Ernst von Baer. I am fascinated by these two trees, by how revolutions of the mind can be encoded in such simple representations. And I find it particularly satisfying that they were drawn so close in time to each other because I have come to appreciate how these two disciplines (evolution and development) complement each other and should go hand in hand. 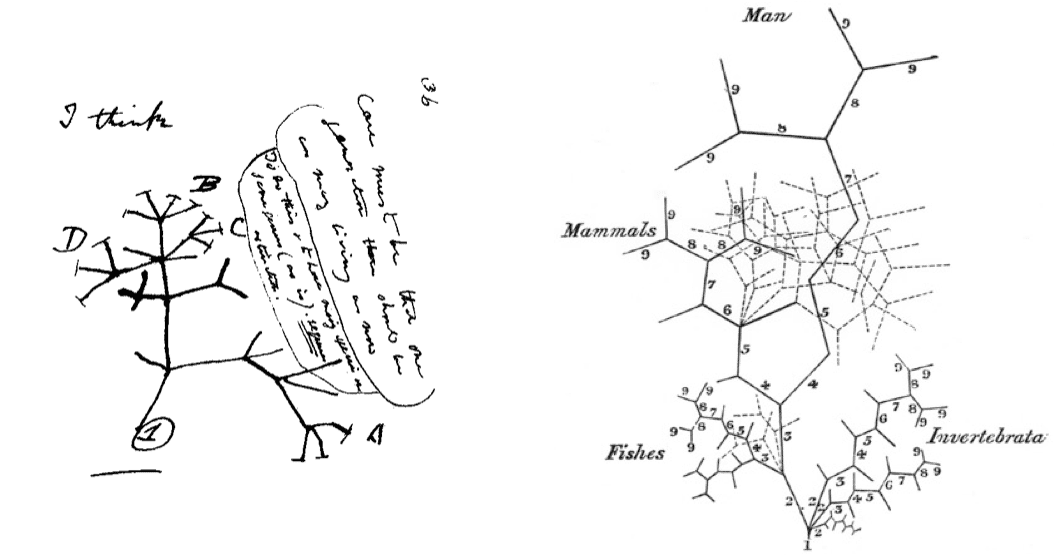 I have to admit that the importance of development for understanding evolution wasn’t always this clear to me. My background is in population genetics, studying the origin and early evolution of new genes in Drosophila. Development was not a topic I had integrated into my work. But as my interests shifted towards understanding the molecular evolution of morphological and physiological traits, it became increasingly clear how central development was to this pursuit (and to the study of evolution in general).

Key to this intellectual transition was a fantastic postdoc position in Henrik Kaessmann’s group. Henrik gave me the opportunity to lead a large project on the evolution of 7 major organs across mammals based on profiling gene expression throughout their development. This blog post is about the first paper that has resulted from this project.

The rationale for our work is straightforward. We wanted to identify the genes (and the molecular changes in those genes) that are responsible for the many phenotypic differences that exist between mammalian species in the brain, heart, kidney, liver and gonads. We know that these phenotypic differences are specified at some point during development and that they involve changes in gene expression. Therefore, by comparing gene expression during organ development we should be able to identify the genes that differ between species in their temporal profiles. We chose to study two primate species (human and rhesus macaque), two rodents (mouse and rat), a lagomorph (rabbit), a marsupial (opossum) and a bird (chicken) as an outgroup species. We started sampling organs as early as we could dissect them (in human at 4 weeks post-conception) and ended with adults. In total, we generated ~1,900 RNA-seq libraries.

We reasoned that the correct correspondences would be the ones that minimized gene expression differences between species, and developed a procedure based on this idea. We were very happy when our approach recapitulated the stage correspondences that were already known and suggested sensible correspondences for the remainder of development. For example, our correspondences recapitulated the well-known differences between marsupials, rodents and primates in their levels of maturity and independence at birth. Once this challenge had been addressed, we were able to compare the temporal profiles of all orthologous genes during organ development, and identified hundreds of genes in each organ that have evolved new temporal trajectories in each of the species. We think that among these genes are many of those responsible for the phenotypic differences that exist between mammalian species.

Identifying candidate genes underlying phenotypic differences between species was one of our primary goals but it was not the only one. We also wanted to understand why evolution and development are intimately intertwined. This takes us back to the two juxtaposed trees at the beginning of this post. von Baer noted that earlier in development species are morphologically very similar to each other, but that as development progresses they become increasingly more distinct. In other words, as development advances, differences between species increase. We first asked if this principle also applied to individual organs (instead of whole embryos) and at the molecular level. The answer was a resounding yes. We then asked what could explain the existence of this relationship between evolution and development.

Two non-mutually-exclusive explanations had been forwarded. The first stated that early development is under stronger functional constraints and harder to change; hence it is more conserved across species. The second explanation was forwarded by Darwin himself when he learned about von Baer’s discoveries. Darwin proposed that many of the species differences were driven by natural selection which is stronger when the influence of the environment is stronger, that is later in development. So what did we find? We found strong support for both explanations. Our work shows that functional constraints are indeed stronger earlier in development but also that positive selections plays an increasingly more important role as development advances.

This was a clear step forward, but now we needed to explain why as development advances purifying selection decreases and positive selection increases. Following in the footsteps of others, we identified gene pleiotropy (that is, the number of developmental stages and organs in which a gene is expressed) as the underlying cause. We found that genes employed early in development tend to be ubiquitously expressed while genes expressed late in development tend to show spatial and temporal specificity. This change in pleiotropy can explain both a decrease in functional constraints and an increase in adaptation during development. Why pleiotropy changes in this manner during development is something we still need to figure out.

We are also very excited about our companion paper looking at the roles of long non-coding RNAs during organ development across mammalian species. Have a look! 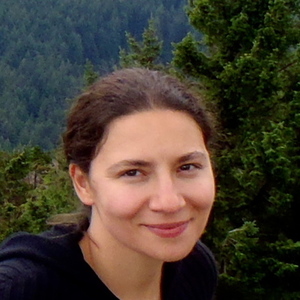 I am an evolutionary biologist interested in understanding how novel morphological and physiological traits evolve. I aim to understand both the genetic (genes and types of mutations) and developmental bases (cellular origins and developmental constraints) of morphological innovations. I am currently a postdoc in the group of Henrik Kaessmann at Heidelberg University. My research focuses on understanding how mammalian organs evolve and I am tackling this question by comparing the development of different organs across multiple mammalian species using genomic techniques.