Will the songs of the 'singing rhino' ever echo in the forests again?

I was on a mission to find historical specimens of Sumatran rhinoceros. In the 1800’s, this wonderful rhino – a bit hairy (it is after all the closest living relative to the extinct woolly rhinoceros) and smaller than all the other rhino species – used to fill the forests from the foothills of the Himalayas down to the islands of Sumatra and Borneo with their high pitch singing (https://www.facebook.com/watch/?v=1799857686916923). Today, less than 80 of them remain in small and fragmented areas on Sumatra and Borneo. The population on the Malay Peninsula is in all likelihood already gone.

We wanted to sequence genomes of both present-day and historical individuals, to directly estimate the consequences of the species’ dramatic population decline. Among other places, this mission took me to one of the great halls behind the scenes at the Natural History Museum of Vienna, where Frank Zachos and Alexander Bibl had placed Sumatran rhinoceros skulls in a neat row on a long table. As long as I was careful with the specimens, I was allowed to sample as many as I wanted. While trying to find the best spots to drill for bone or tooth powder in order to get as high concentration of rhino DNA as possible, and still minimise the impact on the specimen, I had mixed feelings. What an amazing thing it was, that here were specimens of individuals that had lived long ago, giving us the opportunity to get a glimpse of a time that had passed. On the other hand, these specimens are so far away from their geographical homelands. How were the animals and locals treated at the time when these animals were killed and brought to Europe? Working with museum specimens, I don't think these two feelings, of gratitude and guilt, never really go away.

Once back in Stockholm, the process of turning fragmented DNA molecules into very (very very) long sequences of the letters A, T, C, and G on a computer screen began. In short, for historical specimens that meant ‘suiting up’ (see photo below). Then, in a clean and sterilised lab, drilling delicately into a bone or tooth so that the powder that comes off lands on a small piece of tin foil, then folding that tin foil perfectly to create a funnel in which the powder can travel down into a small tube, a movement that is powered by you tilting the tin foil towards the tube while gently pecking on the back of the tin foil. After that, it is basically a long repetition of you sometimes removing, and sometimes adding, different liquids, mixing the tube contents, incubating your samples at various temperatures, and centrifuging, until your samples are ready to be sent for whole-genome sequencing.

Working with since-long dead animals means you can only make qualitative guesses on know how much DNA you will get out of a specimen, or of what quality the DNA will have. In the end, we managed to get enough DNA from two and three historical specimens from Borneo and Malay Peninsula, respectively, that were sent for genome sequencing along with DNA from 16 present-day specimens from Borneo, Malay Peninsula, and Sumatra.

As a geneticist working frequently with samples and data from dead animals, I started my PhD with the idea that I wanted to have glimpsed a live specimen of (if not all) at least some of my study species. I wanted to connect with the species I was studying, instead of just being in the lab and in front of a computer. Did I mention my PhD is on endangered species? Besides Sumatran rhinoceros, I am also analysing DNA from arctic foxes, lesser white-fronted geese, and black robins. Arctic foxes were the first item on my glimpsing-a-live-specimen list, which I ticked off in 2017 while volunteering for the Swedish arctic fox project. This included handling adorable cubs, but also cleaning poo from arctic fox food stations.

The critically endangered Sumatran rhinoceros was next on my list, but lives approximately 1000 miles away from my work place in Stockholm. Luckily, my husband did not need much convincing to come with me on this trip. After some email exchange with the staff at Borneo Rhino Alliance (BORA), who had already so kindly provided my PI Love Dalén and our team with Sumatran rhinoceros blood samples for genome sequencing, I was told that I was welcome to come and meet the two rhinos remaining in captivity in Malaysian Borneo: Kertam and Iman. While the sequencing machines were running hot at the Science for Life Laboratories in Stockholm, my husband and I were on the first leg of a flight trip that was the start of our journey towards the rhinos in the Tabin Wildlife Reserve, in Sabah, Borneo.

When we landed in state capital Kota Kinabalu, however, we were reached by the news that Iman was not doing well. At that moment, it was unclear how badly her health was deteriorating. But as long as her status was not improving it was impossible for BORA to arrange a visit. We would have to wait and see. Which was of course a bit disappointing for us, but worse for conservation since an unhealthy rhino is devastating news.

As we made our way from the west to the east through the rainforests of Borneo, a sense of urgency intensified. Everywhere species were decreasing in numbers. We had the incredible opportunity of observing wild Asian elephants, just by the shore of the river we were travelling on.

The feeling of excitement was ripped away, when our guide told us that the reason why tourists in this area have a quite high chance of seeing the elephants, is because the logging of the rainforest has gone so far it pushes the elephants towards the shores. And everywhere we went, the last documented day of sighting a rhino in the wild went several years back.

Finally, our trip to the Tabin Wildlife reserve, where BORA cared for the remaining rhinos in Malaysia had arrived. But Iman was doing worse. We could not come and visit. Today I know that she would never recover. Since then, she, along with Kertam have passed away, and the Sumatran rhinoceros is thought to be extinct in the Malaysian part of Borneo. Back then, however, I had no idea, and as a backup we still had a booked guided tour to go search for some orang-utans.

While cruising towards a spot where orang-utans sometimes like to hang out, we passed the home of the rhinos. I asked the guide to stop the car. I got out, looked at the place. Behind that fence were the two last living Malaysian Sumatran rhinoceroses.

Perhaps hope is not gone yet

Back home in Stockholm, most of the data had come back from the sequencing, so it was time to finally dig into the data analysis. Given how dramatically the number of Sumatran rhinoceros had decreased since the 1800’s, and recent reports of health issues and low fecundity, fears had been raised that the populations might be suffering from inbreeding problems, and that the rapid historical decline might have caused a big loss in genetic diversity. I did some ‘quick and dirty’ analyses to prepare for a talk at a conference, and amongst other things found out that the presumably extinct population on the Malay Peninsula had higher inbreeding levels and lower genomic diversity in comparison to the two extant populations on Borneo and Sumatra.

As life would have it, in the middle of it all, I had to go on parental leave. Lucky for me (and for the project), we had several highly skilled post docs in the research group, and Nicolas Dussex took the lead while I was away. The post doc squad turned the paper into something really great. And the story that unfolded was more hopeful than I had guessed.

The gist of it is this: The remaining populations on Borneo and Sumatra have quite high genetic diversity, higher than the extinct population on Malay Peninsula, and higher than several other endangered species. And although both populations do show signs of inbreeding, it is much less than what we would have thought, given the extremely small sizes of these populations. This is good news, meaning that it is not too late to preserve a large part of the species’ genetic diversity, which will in turn improve the potential for the species to adapt to future environmental changes and diseases.

We did also find, however, quite many potentially harmful mutations within the populations on Borneo and Sumatra that currently are “masked” by the high genetic diversity. This means that if inbreeding increases, genetic diseases might become more common in the future. The extinct population on Malay Peninsula constitutes a daunting example of this. Prior to its’ extinction, inbreeding increased almost 4-fold, and even though potentially harmful mutations decreased during the same period, this is most likely an effect of genetic diseases causing premature deaths (and, therefore, the corresponding harmful mutations have not been passed on to the next generation).

Thus, if the population sizes on Borneo and Sumatra do not increase, they risk facing a similar destiny as the population on Malay Peninsula. One way of counteracting this risk, or at least slowing the process down, would be to exchange genes between the populations on Sumatra and Borneo, either by physically moving individuals or through artificial insemination. There are always risks associated with such actions, but we found no strong genetic evidence that there are differences in local adaptations among the populations that could cause trouble.

However, in the end, and this might start to seem like a broken record when it comes to endangered species, there are mainly two threats to the survival of the Sumatran rhinoceros, which have nothing to do with genetics: poaching and habitat destruction. This is where actions need to be taken, to ensure that future generations, and maybe even myself, get a chance to see and hear these magnificent animals. 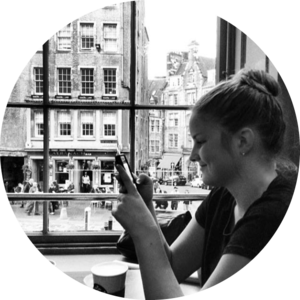