When species exchange genes, not all is equal

Field studies of animals have found hybridization to be much more prevalent than previously believed. But what are the consequences of exchanging genes? Genomics is providing answers, and some are surprises.

We have witnessed a sea change in attitudes towards hybridization in animals. In the 1960’s I was on a fast, graduate-student, learning curve, and I absorbed what Ernst Mayr and Theodosius Dobzhansky had to say about hybridization. Yes, hybridization happened in a few species, but did not lead anywhere because hybrids were almost always inviable, infertile or both. This was still the view when my wife and I began research on Darwin’s finches on the Galápagos in 1973, in part designed to understand the process of speciation. Here we were influenced by David Lack. In a masterly synthesis, Lack (1947) wrote that hybridization was a possible explanation for the unusual morphological variation of several species, but he could find no evidence for it from his observations of wild finches. Hybrids were produced in captivity, but they all died.

So, it was quite a surprise for us to find hybridization occurring in the first year (1976) in which we studied the breeding of finches on the small island of Daphne Major. A very small number of medium ground finches (Geospiza fortis) produced offspring by breeding with small ground finches (G. fuliginosa) or cactus finches (G. scandens). But were the hybrids fit, and could they also breed and produce viable and fertile offspring? The initial answer was no. All hybrids died in the following year. However, so did most members of the parental species under the prevailing conditions of a severe drought. More hybrids were produced in the next few years, and although some survived for more than a year, none bred. Hybridization, it seemed, was an evolutionary dead end, and boundaries between species were apparently watertight.

Our interpretation completely flipped in 1983 when an El Niño event of exceptional length and intensity deposited more than a meter of rain on this semi-desert island in eight months. Seed-bearing plants, insects and spiders thrived, and hybrids bred for the first time. By continuing the study for decades, we discovered that hybrids survived as well as, if not slightly better, than the parental species over a life-time of more than 10 years, and they backcross to either of the parental species with no apparent fitness cost. In short, the species exchanged genes.

A field study of finches became a lab study of their genes. Our collaborators and co-authors, Leif Andersson and his group at Uppsala University in Sweden, extracted DNA from blood specimens that we had collected in every year since 1988. They have found introgression from G. fortis to G. scandens on autosomes and mitochondria but not on the Z chromosome. This pattern could be due to genetic incompatibilities, as found in several other bird species, but long-term observations of finch breeding offer a different explanation: a predominance of G. fortis female x G. scandens male pairs, coupled with a competitive disadvantage of their (relatively small) sons. This joins an expanding body of research that no longer asks does hybridization occur, but how do genomes combine, and why are they sometimes a success? 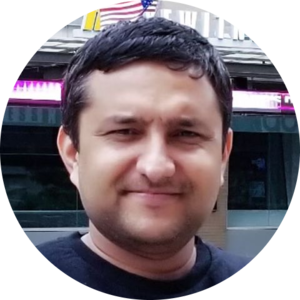