Publishing a paper on how elephants contribute to fight climate generated a series of unique, instructive, and meaningful events.

Last year we published a paper on the “elephant effect”, as I like to call it inspired by the famous “butterfly effect”. Put simply, forest elephants (Loxodonta cyclotis) contribute to increase the carbon stored in African tropical forests by 7% , which is equivalent to roughly 3 billion tons of carbon. This corresponds to multiple years of CO2 emissions of most medium and large countries, in other words, it’s a significant amount of carbon that is maintained stored in forests thanks to elephants. Elephants do so by reducing the number of small plants in the forest which triggers changes in forest structure and competition for light and water among plants. These changes result is larger trees storing more carbon as hardwood trees become more common, hardwood species store more carbon per volume than other type of trees.

What followed the article was a series of events that were difficult to imagine with implications that go beyond just myself or my research.

First came the press. Things started to ramp up quickly already before the article came online. My inbox was full of questions and requests for interviews and it was overwhelming to think how to convey my message to the general public. On a funny note, the timing was not ideal as I was camping in some remote areas in Western Australia where if you’re lucky the closest cell phone tower is 100-200 kilometers away, I am not exaggerating! So I tried to be near some sort of civilization when I had an interview. Due to the time difference, while my travel-mates were sleeping in the tent, I would be outside climbing nearby hills and dunes in search for good reception.

It was a gratifying to see other people interested and excited about our research. But mostly, I hoped that press coverage in many different languages and countries would bring attention to the plight of forest elephants which have gone through a huge population loss. Among many interesting articles my personal highlights appeared in The New York Times and The Conversation written by Ahimsa Campos-Arceiz an elephant expert whose articles were a staple of my PhD.

Other positive events would follow. I was invited as a speaker at a conference on the Asian elephant to help raise conservation funds and another at the European Commission on the importance of megafauna as a nature-based solution to fight climate change. I was also very pleased when people at the World Wildlife Foundation told me that my research would be useful for their conservation program in central Africa. Sam Illingworth, a Senior Lecturer in Science Communication who writes science poems wrote a nice poem titled Our Elephant Graveyard.

Our article acted as a catalyst for a collaboration with Ralph Chami, Assistant Director at the International Monetary Fund. Ralph and I, along with two other economists, evaluated the carbon service provided by elephants. It was an interesting experience to approach conservation from a different perspective and quite inspiring to see how passionate Ralph and his colleagues are about the preservation of nature. Ralph managed to convince the IMF to publish our work on the IMF online magazine, which apparently is a big deal for such a nature-based subject, and we also produced a podcast. We calculated that the carbon services provided by one elephant over its lifetime are worth $1.75 million, which is hundred times more than just the value of a dead elephant killed for its ivory.

The most exciting outcome is that the government of Gabon has asked for a detailed evaluation of the carbon service provided by elephants in one of their national parks. Gabon plans to protect elephants and expand their population with funding received from the carbon market created to offset emissions in exchange for the elephant carbon service. Other organizations and institutions have also shown interest to apply this framework not just on elephants but also to other species and ecosystems. If this pilot implementation is successful others will follow bringing benefits to Nature and local communities.

What started as something small became a lot more, just like for the butterfly, if an elephant eats a leaf in the Congo… 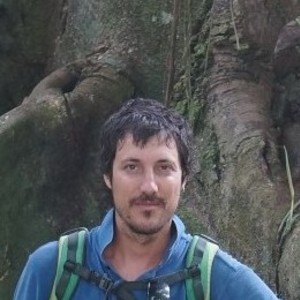 I study how animal-plant interactions shape ecosystems, and the influence of these interactions on climate. I work across disciplines such as ecology, zoology, and environmental sciences and am particularly interested in large terrestrial herbivores. I use eco-physiological models, field and remote sensing data to examine animals-plants-atmosphere connections across time and space, and the implications for ecosystem services, conservation, and policy
Follow

Rick Lewis
After the paper: seaweed beyond carbon sinks
Contributor Nature Geoscience
After the Paper

A. Ortega
Nature Portfolio Ecology & Evolution Community
We use cookies to help improve your experience. By continuing to browse our website you are consenting to our use of cookies.
Learn more