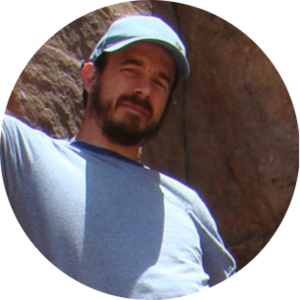 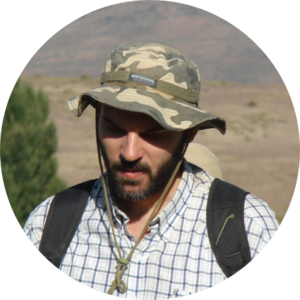 The negative impact of humans on ecosystems has become one of the hottest topics discussed by scientists and the public in general in the last decades. The concerns for preserving current biodiversity and restoring past environments on the planet have increased the interest for a better understanding about how and when humans started to affect ecosystems on a large scale. In this context, one of the most surprising and relevant events is the extinction of megafauna (i.e. animal species over 44kg) occurred in the late Pleistocene, between 50,000 and 10,000 years ago. During this event, known as the late Quaternary extinction, a great number of megafaunal species became extinct all over the planet – except for Africa. In the Americas, extinctions were particularly severe, encompassing hundreds of species that represent more than 70% of megafauna.

The effect of the late Pleistocene extinction on the biodiversity of the Americas is not questioned, but the relative impact of humans and the relevance of other factors that may have potentially triggered this process is strongly discussed. The debate arises from the fact that the extinction event is associated with the nearly synchronous post-glacial climatic changes and the first widespread of humans in the continent. On this basis, forty years ago Paul Martin formulated the challenging hypothesis of the “Pleistocene overkill”, which proposes that the appearance of the first humans using specialized weapon technology for big-game hunting (i.e. Clovis and Fishtail projectile points in North and South America respectively), was the main reason for megafaunal extinctions. At present, although a moderate version of the Martin hypothesis is accepted by common people and by a number of scholars in North America, South American archaeologist have grown academically in the shadows of strong criticism of Martin's “Pleistocene overkill”. This position was reasonable based on the extremely poor direct evidence of human predation of South American megafauna.

Although we had always shared the idea that humans should not have been placed squarely within the debate of the late Pleistocene extinctions, after a recent paper1 about the early peopling of South America we changed our mind. We observed an anomaly in the temporal behavior of radiocarbon dates for the early archaeological sites; specifically, a clear increase in human population growth rate around 13,000 years ago and an unexpected and sudden slowdown 2,000 years later (Figure 1). This led us to zoom out and rigorously evaluate the temporal and spatial relationship between megafauna and human density in South America, whose results have been now published in Nature Communications2. In this paper we ask whether humans were the main reason for late Pleistocene megafaunal extinctions. We explored archaeological and paleontological data and showed that the traditional and preponderant perspective of South American archaeologists, including ourselves, was probably wrong.

Taking into account that South American human hunting behavior is mainly associated with only ten megafaunal species, we think that the impact of humans on megafauna was different to what was hypothesized by Paul Martin. We postulate that the changes in climatic and environmental conditions during the latest Pleistocene could have affected the megafaunal populations by exerting high demographic and ecological stress, and that the hunting of a few central species in the trophic network could have generated the conditions for multiple indirect effects 3, multiplying the impact of human hunting in the South American megafaunal biodiversity. In other words, human hunting behavior would have been the main factor driving the megafaunal decline, but the late Pleistocene environmental changes and the indirect effect of humans on the ecological web probably generated the necessary conditions resulting in the massive collapse of megafaunal community. If this was so, we and the next generations must be aware that the magnitude of human impact on biodiversity could be greater than the direct archaeological evidence suggest and much older than the studies of current ecosystems are able to show.