I have to admit I pursued a career in marine science because of sea turtles. Sea turtles are mainstream marine biology (the diehards study deep-sea polychaete worms) but I have a soft spot for turtles; after all, they survived the extinction that wiped out the dinosaurs. Sadly, many populations of sea turtles are now threatened with extinction, and fishing is a major threat driving their decline.

As I explored fishing impacts on sea turtles and other marine megafauna, I discovered there are many less-comely species threatened by fishing. Some species of tuna, sea cucumbers, or lobsters merit as much conservation concern as dolphins or sea turtles, but they are perceived as seafood commodities and not as wild animals worthy of conservation. While some of the large shark and rays are gaining some time in the spotlight, we manage most fish and invertebrates in terms of "Maximum Sustainable Yield," without regard to their global conservation status.

It is legal to catch, buy, and sell threatened fish and invertebrate species. This is not a phenomenon of subsistence fish markets on remote islands. Many species targeted by industrial fisheries and sold by multinational seafood distributors are listed as threatened with extinction, despite growing public awareness and demand for more sustainable seafood. A recent survey by the World Economic Forum found that over three-quarters of people who buy seafood regularly support a ban on fishing of endangered species. However, little was known about the magnitude and extent of industrial fishing of threatened species. To explore this phenomenon, we analyzed global industrial fishing and trade data and found 92 threatened fish and invertebrate species reported in industrial catch records from 138 countries. Over 200 countries are driving international demand by importing 13 of these species.

Unfortunately, it is extremely difficult for even the most devoted (and annoying) seafood consumer to make good choices. You have to download a seafood guide, and then bother your waiter or checkout clerk to find out what species is in front of you, where it was caught, and what fishing gear was used. That employee might honestly not be able to provide that information. For example, we found that one-third of the global reported industrial catch volume from 2006–2014 consists of aggregated records such as "sharks and rays." In most countries, lax seafood labelling laws—especially cooked seafood—allow vague labels such as "fish."

While the problems facing our global seafood supply chain are complicated, seafood is a product that consumers have real leverage to change. Pressure from NGOs and the public has forced many fisheries to adopt practices to reduce impacts on species of seabirds, cetaceans, and turtles. The upcoming international negotiations for conservation measures for mako sharks in North Atlantic tuna fisheries show that public concern is indeed expanding to sharks. Now, we need to reconceptualise our seafood so that conservation targets expand to include a wider range of marine biodiversity, including species we traditionally consider to be food. 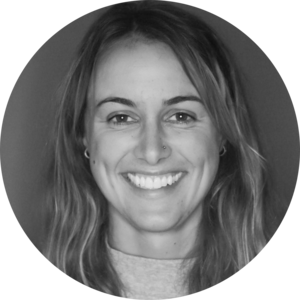