Using genetics to reveal the secrets of the Dead Sea Scrolls

In our article, published in Cell, we set out to examine the differences between distinct fragments of the 2,000 years old Dead Sea Scrolls (DSS), based on the ancient DNA (aDNA) extracted from these ancient pieces of parchment. We processed and analyzed the DNA in the fragments to separate remote pieces from each other and match related pieces together, just like we would do in a jigsaw puzzle.

Our first challenge was sampling a wide selection of the DSS fragments for our study. We first experimented with samples which were blank and unplaced. Once we validated our methods and our ability of extracting enough DNA from the samples, we moved on to sample several of the most precious fragments of the DSS, which have 2,000-year-old text written on them.

We wanted to focus on fragments whose placing and relationship to other samples are still debated. With the assistance of the curators and conservators of the Israeli Antiquities Authority (IAA), who handle the DSS, we sampled a set of fragments. To avoid causing too much damage to the scrolls, we sampled only tiny pieces, crumbs, and scroll “dust”. We also sampled additional ancient artifacts such as sandals, garments and waterskins.

To complement the study of the ancient artifacts, we also studied new modern parchments produced for the IAA. These samples allowed us to control for the DNA damage caused by time as well as the damage caused during the preparation of the parchment.

To prevent additional modern contamination, we performed the DNA extraction in a dedicated aDNA lab in Uppsala University, Sweden. The extraction was made based on existing methods and their adaptation to the ancient leathers.

Due to their tiny size, the excessive environmental damage the scrolls experienced and the large amounts of human (and other) DNA contamination on the scrolls, these samples only yield small amounts of authentic aDNA. We developed and adapted computational methods to align the sequenced reads in a sensitive and flexible way, that would allow retaining higher levels of genetic information while maintaining the integrity of the aDNA and removing unwanted contaminants.

We then used the aligned mitochondrial aDNA reads to identify the species from which the specimens were made and found that most of the DSS we sampled were made of sheep skin. We further analyzed the genomic variants of the sheep fragments to match similar fragments together and separate distant artifacts from each other. The genetic evidence we provide has the power to support and complement the textual and philological evidence and allow new interpretation of ancient texts.

While our results are reported extensively in the paper, we would like to focus on the multidisciplinary character of this project. This study is an unusual integration of disciplines which are normally considered completely unrelated: biology and Biblical studies. It was an amazing experience to apply methods from biology and computer science to the fields of archaeology and Biblical studies, and witness how the interpretation of the results is made from the perspectives of the humanities, instead of those of the exact sciences to which we are used. We learned a lot about the difference between the fields and the power of integrating them together.

I would like to thank my co-authors Dr. Sarit Anava, Dr. Hila Gingold, Or Sagy, Prof. Noam Mizrahi and Prof. Oded Rechavi for their help in writing this post. 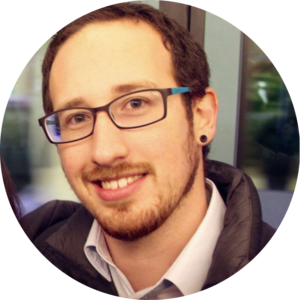