We show that biodiversity in the world's tropical biomes is most sensitive both to climate change and to the habitat loss caused by conversion of land to human agriculture.

Dire statistics about the state of the world’s biodiversity have become commonplace. The last few weeks alone have seen the release of grim figures on the status of the world's animal and plant species, with the publication of the 2020 edition of the Living Planet Report and the latest Global Biodiversity Outlook from the UN Convention on Biological Diversity. However, these headline figures mask considerable variation in how biodiversity is faring in different parts of the world. Just as in other walks of life (such as the impact of climate change on humans, or the effects of the Covid-19 pandemic), the consequences of human activities for biodiversity do not fall evenly across the world. Understanding this variation is critical to predicting how biodiversity might change in the future as the pace of human-driven environmental changes accelerates.

Together with a student on UCL's research masters course in Biodiversity, Evolution and Conservation, Philippa Oppenheimer, as well as PhD students Adrienne Etard and Jessica Williams, I set out to test whether biodiversity in certain parts of the world is more sensitive to two major threats: (1) climate change, and (2) the conversion of habitats to human agriculture. Previous research has suggested that tropical biodiversity may be at most risk. For example, a 2017 study showed that species are more sensitive to agriculture in the tropics than elsewhere, while a very recent study showed that tropical waterbirds are more sensitive to climate change. We wanted to build on these previous studies by looking across all of the world's biomes, and by considering both climate change and habitat conversion together.

With all worldwide studies of this kind, getting enough data is a major challenge. Biodiversity data gaps are particularly acute for the tropics. So, we had to be creative to answer the questions we wanted to address, bringing together two different techniques to understand the impacts of habitat conversion and climate change. For habitat conversion, we used the database of the PREDICTS Project, which I helped to compile a few years ago, and which is now publicly available. Thanks to the efforts of hundreds of field researchers around the world who have shared their hard-won data, the PREDICTS Project has been able to collate over 3 million biodiversity records from all of the world's land biomes. For climate change, because we lack data for most parts of the world on how biodiversity has responded to recent temperature increases, we had to resort to models that predict how species will have to move in future, which I created as part of a previous study. We used these models to predict how the biodiversity in any given location will change with a one degree increase in temperatures.

When we put everything together, the results were striking. We found the biodiversity of tropical and Mediterranean areas to be much more sensitive to the effects of both habitat conversion and climate change. In these biomes, the conversion from natural habitats to human agriculture saw average declines of around 30% in numbers of species, while every degree of temperature rise is predicted to lead to an average 10-12% reduction in species. As a result, these areas will not have to be exposed to much human impact before we will see a very damaging reduction in biodiversity. Crucially, this same biodiversity supports human agriculture. For example, throughout much of the tropics and Mediterranean, we grow fruit and nut crops that depend on animal pollination.

Our results take on a fresh urgency when we consider the future environmental changes that are likely in store. Firstly, tropical areas are predicted to see much of the future expansion of agricultural lands that will be needed to feed the growing human population. Secondly, other research has shown that temperature rises from climate change will quickly exceed natural variability in tropical and Mediterranean areas. Our paper highlights the high vulnerability of tropical and Mediterranean biodiversity, and identifies an urgent need to pay greater attention to the conservation of species in these areas. 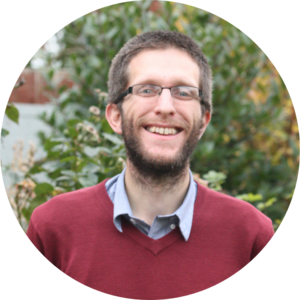