On Amsterdam Island (Southern Indian Ocean), massive nestling die-offs have hit Indian yellow-nosed albatrosses (Thalassarche carteri) since the 1980’s, leading to the death of thousands of nestlings every few years. The recurrence and the intensity of the phenomenon led population biologist Henri Weimerskirch, who had been monitoring this population since the 1970’s, to suspect an infectious process. Bacteriological analyses of dead birds pointed towards a suspect: Pasteurella multocida, the agent of avian cholera. As the outbreaks kept happening and the population declining, in 2012, Henri offered to disease ecologist Thierry Boulinier to team up to try to find a solution.

As we all know now, controlling infectious diseases is easier said than done, and working on one of the most remote islands of the World does not make it easier. Thierry decided to give it a try, with a few ideas in mind. I joined his team as a PhD student in 2015 and left for my first field campaign a year later. We showed that vaccination can protect albatrosses against avian cholera. However, we had to explore other options, not involving yearly individual vaccination of thousands of nestlings. Understanding how the bacteria spread among albatrosses is critical to identify how to nip the problem in the bud.

This is where Thierry’s fascination for skuas (Stercorarius spp.) came at play. Thierry started studying skuas in the 1980’s on the Shetland Islands (Scotland) when he was still a vet student. Skuas are closely related to gulls and exhibit the same diverse and opportunistic foraging behaviours. On Amsterdam Island, they can scavenge on albatrosses potentially infected with P. multocida. Their foraging trips between albatross colonies could contribute to spread the pathogen on the island. However, skuas also exhibit complex social behaviours, and some individuals can be territorial, chasing any other bird entering their foraging territories, leaving them to forage at sea instead of seabird colonies. If it were the case on Amsterdam Island, targeting these few potential “super-spreaders” for vaccination or antibiotic treatment could potentially limit the spread of the pathogen among albatrosses. A promising venue.

We thus investigated the potential role of brown skuas (Stercorarius antarcticus) in pathogen spread on Amsterdam Island. We tested whether skuas were carrying the bacteria using classical epidemiology tools, and tracked their movements during avian cholera outbreaks. A key factor in our study was the availability of GPS loggers allowing data downloading without having to recapture the birds, a technology that was not available during Thierry’s first investigations of skuas’ territoriality on the Shetland Islands. Skuas can be very difficult to recapture, and, on Amsterdam Island, they breed on a protected area to which access is highly restricted.

Working in such sites obviously raises logistical challenges that we have learned to overcome over the years. It takes several hours to hike from the scientific station to the skua colony on Amsterdam Island, so we camped close to it. We used hand-centrifuges to extract the plasma from the birds’ blood samples, lysis buffers that tolerate temperature variations to store swab samples destined to PCR analyses, and a rugged field computer to parameterize the GPS loggers and record the data, overall constituting an efficient mobile and field-proof laboratory.

The results came clear: skuas are highly exposed to the bacteria and all forage almost exclusively in costal albatross colonies during avian cholera outbreaks, and do not defend individual territories. Some good news came out too: breeding skuas do not seem to forage in the inland Amsterdam albatross colony during avian cholera outbreaks. This means that they are unlikely to spread the bacteria to this endemic species of only a hundred of breeding individuals.

Targeting the small skua population to control the spread of avian cholera on Amsterdam Island could thus be an efficient option, but we currently have another target in sight: introduced rodents. Indeed, how the bacteria keep re-merging on the island although most of the birds migrate at sea in winter remains a mystery. We suspect that rodents, who stay on the island all year long, might be maintaining the bacteria. Investigations are ongoing…

While this study was initially motivated by conservation concerns, it allowed to illustrate how considering ecological concepts, such as foraging behaviour and territoriality, can help thinking about disease mitigation protocols in wild systems and we hope to inspire more collaborations between population biologists and disease ecologists.

Find out more in our paper: Gamble et al. 2020. Predator and scavenger movements among and within endangered seabird colonies: opportunities for pathogen spread. Journal of Applied Ecology 57, 367–378. 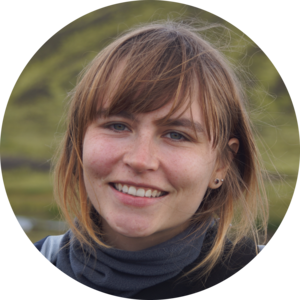