+2
Hiromitsu Sato and 2 others See all
Research Scientist, University of Toronto
Follow 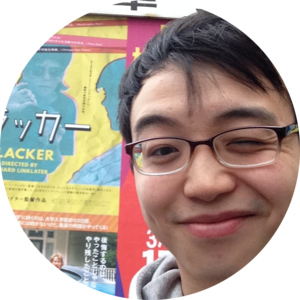 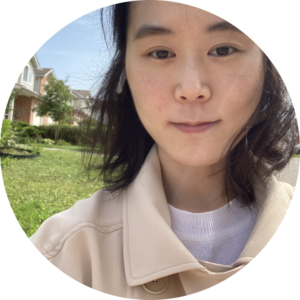 By the end of a student's doctoral studies, they have persevered through years of coursework, become proficient in a number of essential technical skills, and have likely completed a few solid research projects. In my studies, however, I was more concerned with the process of becoming what I deemed, a 'mature' researcher. While a self-made definition, it seemed always the true goal of my doctoral studies. It meant to me, that one is able to carry out a research project from start to finish without supervision. Simply put, this is the backbone of requirements for being a career scientist. Help and collaboration may be necessary, but a mature researcher is capable of guiding a project to its final goal and adjusting its trajectory along the way as necessary. From inception to completion, they are the so-to-say 'captain of the ship', who is ultimately responsible for making the big decisions.

Eunji Byun was my labmate during my doctoral studies, though she started her studies when I was already midway. As I was completing my thesis, she was beginning the final project of her thesis. Though both of us were coming from a palaeoecology background, I had begun to work heavily in large Earth System models, while Eunji had a more well-rounded skill set which included field work experience, pollen analysis, as well as familiarity with computational methods. She began her work quickly upon arrival at the University of Toronto, working on comparing estimates of pre-settlement wetland extent to those of modern day in Southern Ontario, where drainage and agricultural activities drove most of these changes. This also allowed for estimation of carbon lost through time, solidifying connections between land use, temperature wetlands, and the carbon cycle. This project seemed well-defined from beginning to end, with clear objectives and methods, and was developed with close support of her advisors. However, the project which is now published in Nature Geosciences (https://doi.org/10.1038/s41561-020-00670-4) resulted from a very different research process from my perspective.

I became acquainted with Eunji's work through a series of unplanned, semi-frequent coffee breaks to her office, as we both pushed through the last phases of our doctorates. During one of these visits, I noticed she was markedly excited about some ideas she had been exploring based on previous palaeoecological myteries of the American Midwest: she had found positive correlation between wetland percentages and ash, tamarack, and spruce composition in pre-settlement wetland and forest data. At the same time, she had come across a process-based modeling study that showed an expansion in peatland in the Midwest during the last deglaciation that was unsupported by the sparse body of peat cores.

I recently had a similar experience reconstructing a past environment and wanted to encourage her to pursue this study. Given the pressures of life, research, and academia, there is always risk associated with pursuing new, though exciting ideas. It is rarely mentioned or explicitly taught, but being able to effectively decide when and when not to pursue research projects can be a critical skill for a young scientist. I was pleased to learn that Eunji had decided to try further develop her ideas, exploring palynological data from the American Midwest with focus on species associated with wetlands. She was soon thrilled when seeing a clear peak of Fraxinus (Ash trees) around 14 thousands years ago, known as the Bølling-Allerød period, when a large global release of methane occurred. This seemed to give her confidence that she was using appropriate methods, but also tied her results to a major global biogeochemical event.

Dr. Sarah Finkelstein and Dr. Sharon Cowling (Eunji's co-supervisors) both also understood the relevance of her work and it slowly transformed into a collaboration within the palaeoecology lab, University of Toronto. Eunji then began to develop statistical methods to better connect wetland abundance and forest composition, which had previously been loosely assumed. This not only affirmed her usages of wetland-tolerant pollen data, but seemed meaningful to me simply as a methodological advancement. She also began thinking the critical question of why there had been an expansion of wetland, which was eventually (this needs to fleshed out) hypothesized to be meltwater from the Laurentide Ice Sheet. The work now formed a full narrative, backed by more solid evidence, but originally developed from a few moments of insight.

At this point, I was convinced she had come across a result of relevance: she was clearly reconstructing a palaeoecological environment in an important region and time period through synthesis of congruent and independent sources of evidence. Though she presented a compelling argument, they were still raw and took time to understand properly. Over a period of many months, I watched Eunji organize and polish her results and analysis. I also was fortunate to take part in this process, where my fondness developing research and writing papers came in handy.

What I enjoyed most of working on this project with Eunji was closely related to what made it initially difficult. Like much of palaeoecological research, there was a degree of detective work as my doctoral advisor Dr. Sharon Cowling once said. Unlike highly controlled lab settings, the data used by palaeoecologists was not generated for the sake of analysis. The palaeoecologists' data is whatever clues, sparse or abundant, refined or crude, that the Earth has left us to understand its long history.

Given the variety and more often than not, rarity, of appropriate data, the palaeoecologist must cleverly use what is available and find congruence between independent sources to draw their inferences. This allows for what I believe to be an essential pursuit of palaeoecology: progressively more reliable reconstructions of past environments. I am happy to say that Eunji and her team, including myself, have contributed to understanding the midwest during the last deglacial, and a potentially important biochemical process. I believe that the linkages between glacial dynamics, wetland formation, and methane emission may be the most functionally useful contribution of our work, as it gives critical insight into the interactive dynamics of our currently changing planet.

The independent lines of evidence, novel methodologies, and logical implication, are all connected by the scientist. Though the data may be compelling, the methods may be sound, and the conclusions may be well-grounded, it takes confidence as a scientist to put these things together and even more to present it to the greater scientific community. I was very fortunate to be able to observe and eventually take part in the development of this research through the years, which occurred alongside the more personal development of a close colleague as a scientist.