We pooled data from >13,000 historical fish surveys to demonstrate a regime shift to ecosystem dominance of the small fish three-spined stickleback, that has gradually spread along the western Baltic Sea coast like a 'stickleback wave'.

The Baltic Sea in northern Europe is one of the largest marginal seas on the planet. The rocky archipelago of its western, Swedish shores is a unique and – to many of us – beautiful landscape, whose islands and inlets form a structurally complex transition zone between open ocean and mainland (Fig. 1). Numerous sheltered, shallow bays constitute highly productive ‘nurseries’ for fish, invertebrates and seabirds, partly explaining why the archipelago is a long-time favorite spot for Swedes across cultural and societal boundaries. Similarly to other iconic landscapes, the Swedish archipelago has inspired immortal cultural expressions, including Ingmar Bergman’s knight playing chess with Death, and ABBAs 'Mama Mia'. 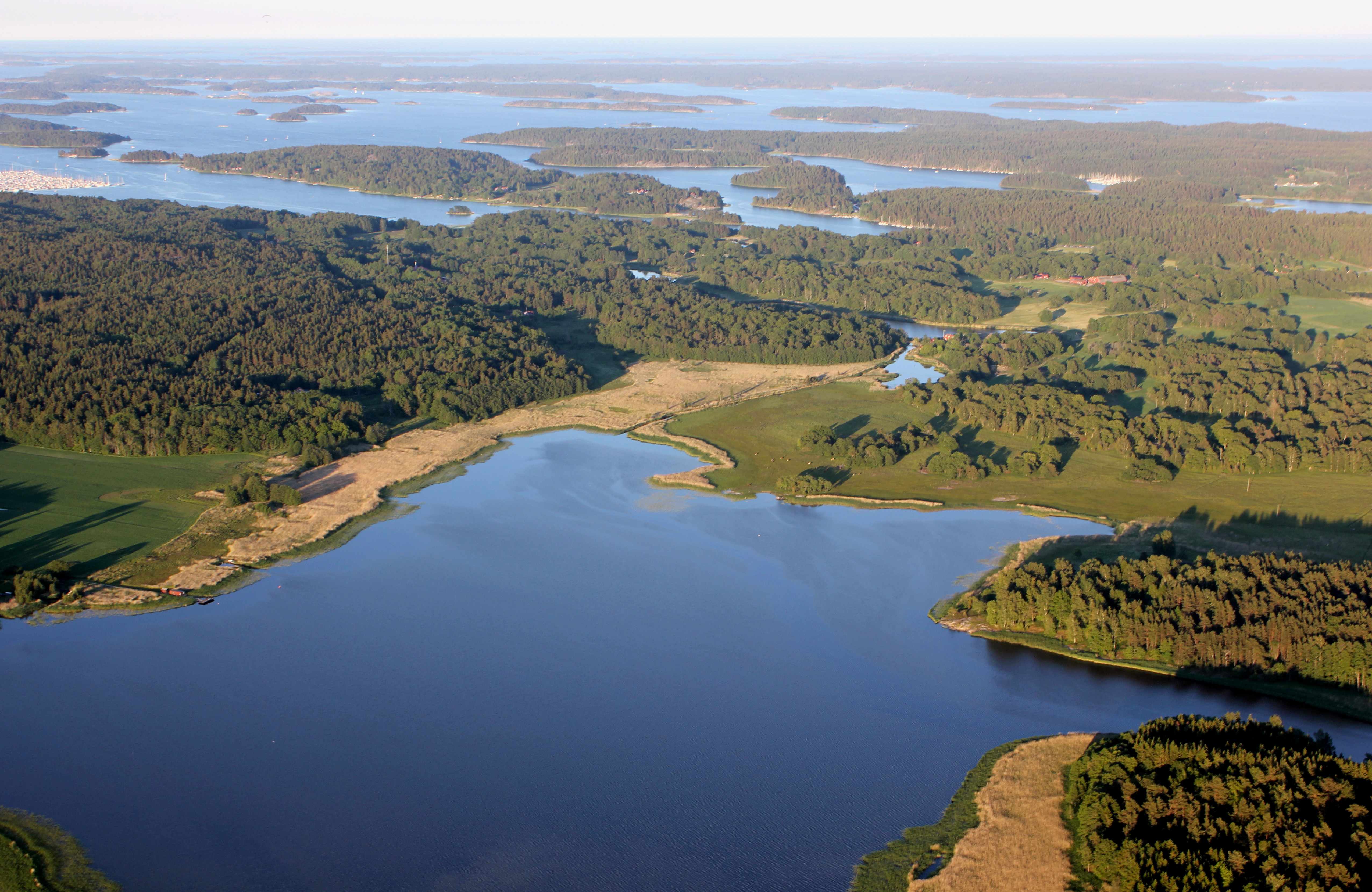 However, the last half century has shown erratic signs of Baltic Sea ecosystem degeneration, often baffling both the general public and us scientists. One such problem is the failing recruitment of Eurasian perch (Perca fluviatilis) (Fig. 2) and Northern pike (Esox lucius); two large predatory fish important for coastal fishery (historically for food, nowadays mostly for recreation). The decline in young-of-the-year juvenile fish was first noted by fishers in the Kalmar strait in the mid 1990s (Nilsson et al. 2004). Since the problem appeared to be local, the causes – and solutions – were presumed to be local. Tighter fishery regulations and restoration of coastal wetlands as nursery areas had some positive effects, but the problem gradually spread. …linked to the stickleback ‘explosion’

“All other fish seem to avoid this predatory, with thorns armed, fish species, who feeds off of fish eggs and larvae”.

Quote from article in Swedish newspaper Östgötaposten on July 22, 1898

In the mid 00’s we noted that the biomass of another fish, the small three-spined stickleback (Gasterosteus aculeatus), was increasing exponentially in offshore trawl surveys (Ljunggren et al. 2010, Eriksson et al. 2011). The stickleback is a marine fish, perhaps most well known for being a model organism in studies of evolution and behavior. In the Baltic Sea, the stickleback were fished to make lamp oil until the Second World War. Like many other marine fish they migrate to coastal bays in spring to breed, where they now can be found in densities >15 per m2 during summer (Fig 3). In the coastal bays, the stickleback are an important prey for adult perch and pike. However, the stickleback is itself a ferocious predator of perch and pike larvae; a long-existing knowledge of how fish predator-prey roles may be reversed (as evident by, for example, the >120 year old newspaper quote listed above). In the 2010´s, new experiments suggested that stickleback predation was so intense that it could locally contribute to local predator recruitment declines (Byström et al. 2015, Nilsson et al. 2019). But how important was stickleback predation really, at the large- and long-term scales?

To answer this question we put a lot of effort into gathering data from juvenile fish surveys conducted along the 1200km Swedish Baltic Sea coast, conducted during nearly 40 years (1979-2917). Initial analyses of raw abundaces generated much ‘noise’, but the potentially strong effects of stickleback predation (see above) lead us to also look at perch and pike abundances relative to stickleback abundances. A striking pattern of bimodality emerged; 90% of local assemblages were either perch- and pike- or stickleback-dominated. This also opened up for the intriguing possibility of a regime shift from local predator- to stickleback-dominance. However, preliminary time-series analysis failed to identify one clear ‘breakpoint’ separating two regimes; a hallmark of a classical regime shift. Then it slowly dawned upon us; the recruitment problem was first noted at the Kalmar strait coast, right at the open sea, whereas bays deeper into the archipelago still had fairly good recruitment. What if fish swimming distance from offshore areas was the key, and the regime shift was in fact spatial?

Adding km water distance from offshore areas as a predictor in our models made all the difference; we now had clear evidence of a spatial regime shift. The animation below shows the statistically predicted dominance of perch and pike versus stickleback for the Stockholm archipelago over nearly 40 years, where blue and red are areas with perch- and pike- vs. stickleback-dominance, respectively (Fig. 4). The shift clearly started in the outer archipelago close to the open sea (right-hand side) and gradually spread towards the mainland (left) like a ‘stickleback wave’.

Fig. 4. Animation of 'the stickleback wave' sweeping across the greater Stockholm archipelago (SW Baltic Sea) during 39 years (1979-2017). Blue areas = high likelihood of perch and pike dominance, red areas = high likelihood of stickleback dominance, white = mixed areas. The shift started near the 'baseline' (the imaginary line connecting the outermost islands), and then spread towards the inner archipelago.

This pattern, albeit intriguing, does not explain whether stickleback predation was involved. Therefore, in 2014 we and a small army of field assistants conducted a massive ecosystem survey in 32 shallow bays in spring and summer. Causal path analysis showed that primarily two relationships influenced adult and juvenile fish; abundant perch and pike suppressed adult stickleback in spring, whereas abundant stickleback in spring suppressed predator recruitment (Fig. 5). Moreover, stickleback dominance increased predation on benthic grazers, generating a trophic cascade that benefits ephemeral algae at the expense of benthic, perennial vegetation (Donadi et al. 2017); vegetation that in turn is important as shelter for juvenile pike and perch (Hansen et al. 2019). Consequently, stickleback dominance forms the basis for a self-reinforcing feedback mechanism that appears to exacerbate the shift; the so called ‘stickle-feed-back’ (yes - pun intended). Our study shows that far-reaching propagation of local events are not only a condition of human society (think: pandemics, revolts, fashion trends, etc.) or a purely theoretical concept in ecology; we see that seemingly local environmental problems may be part of – or even generate – large-scale, gradual changes that suddenly become too big to ignore, and then may be quite difficult to manage.

Our paper "A spatial regime shift from predator to prey dominance in a large coastal ecosystem" is now (finally!) published; meanwhile, however, the 'stickleback wave' continues to spread. Luckily for us, we’ve received more funding and already started trying to answer the next set of questions: what really paved the way for the stickleback ‘explosion’ in the first place? And what made some bays more resilient to the ‘wave’ than others? And can a new stickleback fishery help ‘push’ the ecosystem back to perch- and pike-dominance – or will it generate new, unexpected problems?

References to earlier work on the same topic