Ecosystem engineers play a central role in the organization of ecological systems, however their effects on community dynamics are not well understood. Here we integrate them into an ecological network model to examine how engineers impact both community structure and dynamics.

We inhabit a world both shaped and reshaped by life, engineered by organisms both living and dead. An ecosystem engineer is a species that modifies its environment on timescales longer than its own (Hastings et al. 2007), and when observed such species are celebrated, as they often serve as cornerstones for their respective ecosystems (Lawton, 1994; Jones & Lawton, 2012). Engineers introduce environmentally mediated dependencies between species that may have important consequences for ecological communities, yet their larger effects on community structure and dynamics is not well understood.

In a paper recently published in Nature Communications (Yeakel et al., 2020), we integrate ecosystem engineers into models of ecological networks in order to examine their dynamic effects on communities. In our framework, we represent both species and the environmental modifications introduced by engineers (i.e. modifiers) as nodes of a network,  where the links between them represent multiple types of interactions. We simulate the process of ecosystem assembly - the colonization and extinction of species into and out of a closed system - from which ecological interaction networks emerge, incorporating both trophic and mutualistic dependencies. Our primary aim was to both understand how the assembly process itself structures the diverse interactions from which communities are composed, and to evaluate the relative influence of ecosystem engineers on community dynamics.

This project stemmed from an idea that required lengthy fermentation. In 2014 after beginning a postdoctoral fellowship at the Santa Fe Institute (SFI) in New Mexico, I traveled to Göttingen, Germany for a workshop, the focus of which was the study of networks embedded on networks. At the workshop, Thilo Gross and I began discussing the idea of expanding our concept of ecological networks to include many different types of dependencies, including those that species have with the abiotic environment.

This idea followed us over the years, to a workshop at SFI, and then to a series of workshops at the National Institute of Mathematical and Biological Synthesis (NIMBioS), where, following additional whiteboard sessions and trips to Sweet P's Barbecue in downtown Knoxville with Mathias Pires, Marcus de Aguiar, Jimmy O’Donnell, and Dom Gravel, and through the digital presence of Paulo Guimarães Jr., it transformed from sketches on paper to a germ of R code, and eventually into a fully-fledged simulation written in the Julia Language. At this point I had started a professorship at the University of California Merced and was busy tending to a newborn baby girl. We relied heavily on intersections at SFI in New Mexico and at NIMBioS in Tennessee to sort out details and better position our analyses to address questions concerning how engineers impact community dynamics.

Our findings show that ecological engineers can be both destabilizing (when there are few) and stabilizing (when there are many). In addition, our results suggest that redundancy in the effects of ecosystem engineers may stabilize diverse communities. Redundancy in engineered effects, once considered rare, may actually be very common (cf. Lawton, 1994). For example, species within evolutionarily successful engineering clades, such as photosynthetic cyanobacteria, influence the atmosphere similarly, their origin resulting in the Great Oxidation Event 2.5 billion years ago (Erwin, 2008; Schirrmeister et al., 2013). Humans are engineers that have similar planetary-scale effects (Corlett 2015), and understanding how such species influence the dynamics of communities may be necessary for navigating a highly engineered and disturbed future planetary ecology. 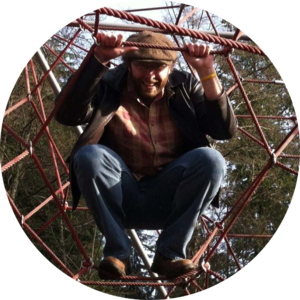