The role of C4 photosynthetic pathway in macroalgal blooms 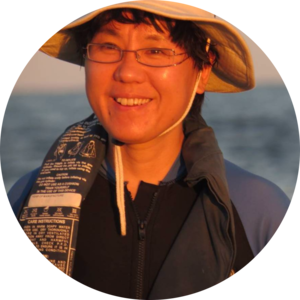 We have been studying the cause of world’s largest “green tide” formed by Ulva prolifera in the Yellow Sea since 2008 (Fig. 1), but the idea for our paper "Role of C4 carbon fixation in Ulva prolifera, the macroalga responsible for the world’s largest green tides" emerged in 2010 when Prof. John Keesing of CSIRO in Australia and I analyzed carbon isotopes in U. prolifera sampled from the coastline of southern Yellow Sea. The values of tissue δ13C indicated a significant signal to utilize carbonate as the source of carbon fixation, meaning that U. prolifera exhibited a biological capacity to use CO2-concentrating mechanisms (CCMs) or/and the Hatch-Slack Cycle (C4) to enhance photosynthesis. Later, the species is found to be highly efficient in bicarbonate utilization (Xu & Gao, 2012, Plant Physiology) and has C4-related gene and enzymes (Xu et al., 2012, PLoS ONE). 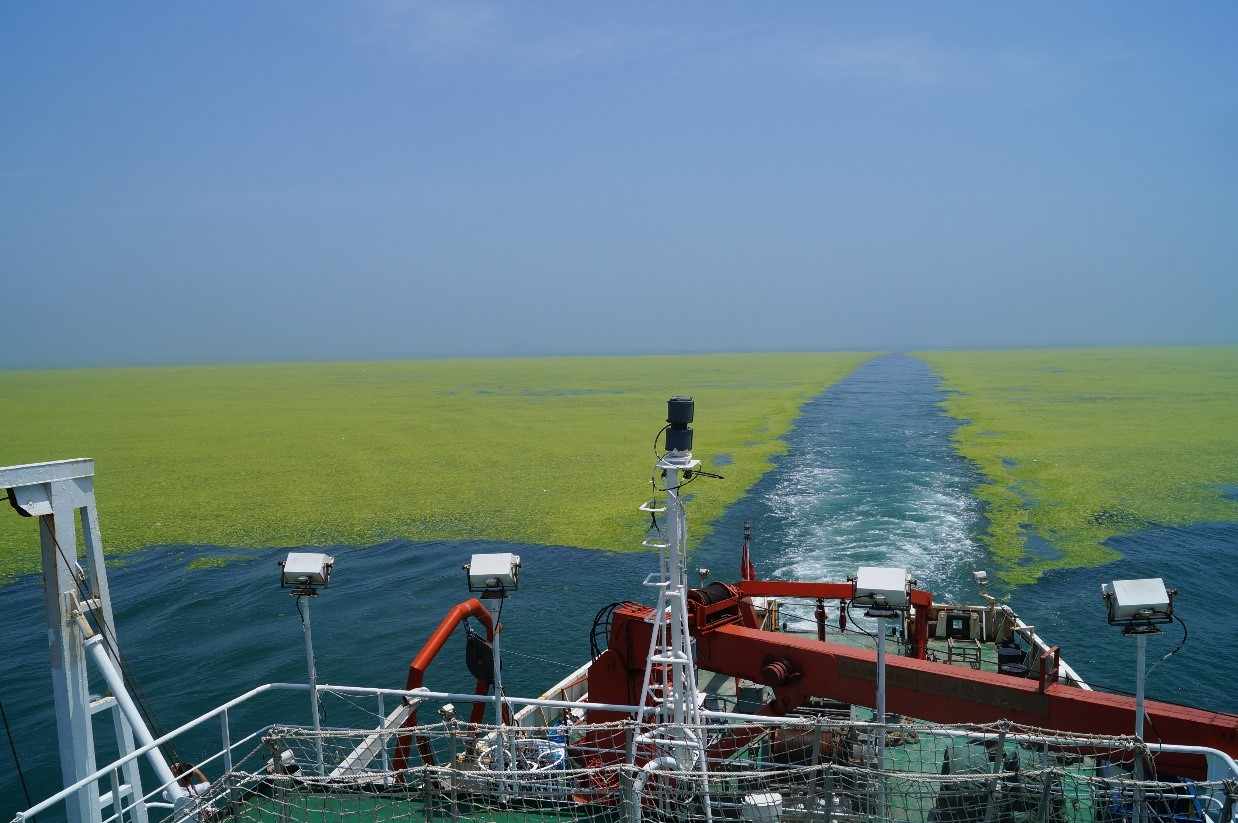 In 2013, I discussed this guess with Prof. Ivan Valiela in Woods Hole, USA, he suspected that this might be an important biological basis for massive outbreak of U. prolifera in a short period of a few weeks’ time. Then, we collected more samples during the outbreaks of U. prolifera bloom in the Yellow Sea and examined the stability of this phenomenon. Regardless of the origin of samples, whether from intertidal zones, coastal waters, or shelf stations, tissue δ13C range of U. prolifera indicated a mix of C3 and C4 pathways in carbon fixation (Valiela et al., 2018, Scientific Report). The evidence prompted us to further study the multi-faceted carbon acquisition strategy in U. prolifera, and particular, to better understand the question “What attributes make U. prolifera able to so rapidly grow to such an enormous biomass and extended cover? ”. There are many controversies about what kind of environmental conditions algae prefer to activate the C4 photosynthetic pathway. Literature searches and field observation by Qian Ma, Yu Zhen and I found that a key feature was the internal air spaces of U. prolifera thalli, which hold air and enable Ulva to float on the sea surface. This adaptation not only provided for floating, but meant floating algae was exposed to high light and temperature conditions (Fig. 2). The large algal mat could limit air exchange and decrease dissolved CO2 in seawater. Thus, we supposed high light and low CO2 can activate the C4 pathway, which fosters fast growth, if nitrogen is in abundant supply, as it evidently is in the Yellow Sea. 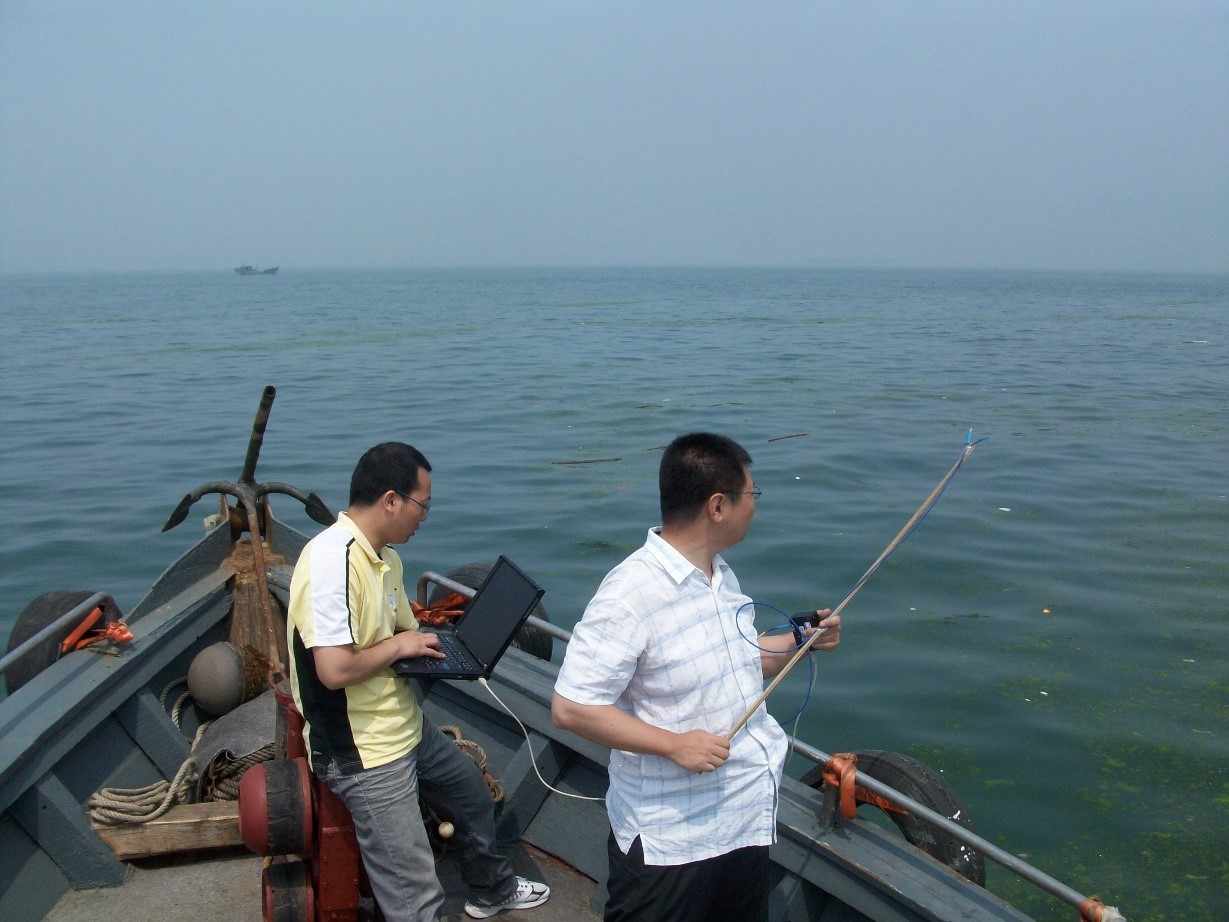 We did the first experiment in 2018 summer and the results confirmed our expectations, C4 related enzymes become active under high light condition. In 2019 summer, Prof. Don Anderson from Woods Hole Oceanographic Institute in the USA visited me and I discussed the results in my office and we decided to further analyze the relationship between enzyme activity and photosynthesis products and distinguish the environmental conditions induced CCM mechanisms and C4, respectively, this is a very important step to confirm the occurrence of C4 activity. Qian Ma, Yu Zhen and I conducted the experiments during the summer time at Muping Monitoring Station, CAS. The first submission received excited, positive, and critical reviews. The two most critical comments related to the interpretation of tissue δ13C and the conceptual diagram we drew for CCMs and C4 pathway. We tried our best to understand and answered these questions and eventually our much improved manuscript was accepted. Retrospectively, it has been a great learning experience from reviewers and a joint effort of a group of co-authors I really like to work with.

The active and multi-faceted carbon acquisition strategy in U. prolifera (Fig. 3) that we have uncovered goes a long way to explain the occurrence of massive floating green tides in the Yellow Sea, an extraordinary ecological phenomenon that results from a combination of remarkable physiological features plus the large supplies of nitrogen present in the Yellow Sea. The ability to harness the growth-enhancement potential associated with C4 photosynthesis might also be a feature of other kinds of blooming macroalgae and warrants investigation.