Cretaceous amber provides some of the earliest direct evidence of angiosperm pollination.

+1
Erik Tihelka and 1 other See all
Student, School of Earth Sciences, University of Bristol
Follow 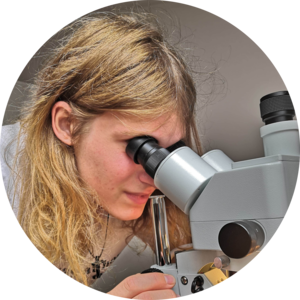 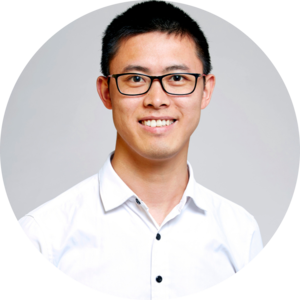 In the Cretaceous, the diversification of flowering plants propelled one of the most profound biotic changes in Earth’s history. Soon after their appearance in the fossil record, angiosperms radiated explosively, influencing virtually all terrestrial food webs in an event known as the Cretaceous Terrestrial Revolution. By the Late Cretaceous they largely pushed out the previously dominant gymnosperms. Today, most of the green planet is overgrown with angiosperms, which account for over 80% of all the known green plants. The explosive radiation of angiosperms has puzzled evolutionary biologists since Darwin’s times; what made flowering plants so successful? Because most angiosperms depend on insect pollination, one explanation of their success revolves around their mutualisms with insects.

Beetles are an important, yet often overlooked, group of pollinators. While we may tend to associate pollination with bees and butterflies, the old saying that ‘if it is ecologically possible there is at least one beetle species already doing it’ holds true even when it comes to pollination. Indeed, some groups of scarabs possess specialised elongate mouthparts for feeding on flowers, while other groups have larvae that develop directly inside flowers, feasting on pollen. Because of their long evolutionary history, botany textbooks often cite beetles as one of the earliest pollinators of angiosperms, some even arguing that the morphology of the flower arose specifically to cater to beetle visitors.

In a new paper in Nature Plants, we report an exceptionally preserved short-winged flower beetle (family Kateretidae) from Cretaceous amber (~99 million years old) that represents one of the earliest pollinators of flowering plants in the fossil record. The beetle is preserved alongside aggregations of angiosperm pollen, with some attached to its body. Even more surprisingly, the beetle is co-preserved with two fossil faecal pellets composed of the same pollen, offering an unusual glimpse at its last meal.

Work on the paper started out by a happy accident in late 2018 when Professor Chenyang Cai, then working at the University of Bristol, and myself were sorting through a collection of Cretaceous Burmese amber fossils, each of working on our own microscope at the not-so-aptly-named Histological Lab. Chenyang found an exquisitely preserved short-winged flower beetle and pointed out that it is worth describing. Thinking back to living short-winged flower beetles and to my beetle collecting trips over the last summers, I jokingly said that it would be interesting if there was any pollen associated with the fossil. Upon a closer look, and to our astonishment, we realised that there was not only pollen but also pollen-containing coprolites. What followed was preparation of the amber piece, carving it down to the thickness of a microscope slide, careful imaging under light, fluorescence and confocal microscopes at the Nanjing Institute of Geology and Palaeontology in Nanjing, China, and discussion with our colleagues. We would have never guessed that one day we would write a paper about fossil faecal pellets of beetles, and yet here we are.

To date, all beetle pollinators in the fossil record were identified on the basis of being preserved with pollen, possessing morphological adaptations for transporting pollen, or based on the ecology of their living relatives. Preserved alongside a sample of its own gut content, Pelretes vivificus is the first fossil beetle to provide intimately direct evidence of pollen-feeding.

The new discovery shows that insect pollinators took advantage of angiosperms soon after their initial diversification. Pelretes vivificus fed on pollen belonging to derived eudicots (possibly the Malpighiales or Ericales), while other previously known short-winged flower beetles from Burmese amber were associated with pollen belonging to early-diverging lineages such as water lilies. This shows that Cretaceous beetles already visited diverse angiosperms.

Living kateretids are associated with a wide range of flowering plants, vectoring their pollen and producing characteristic faecal pellets. We now know that this association is truly ancient, unbroken for at least 99 million years.

I am interested in everything interesting there is about insects, namely in terms of their evolution. Combining diverse lines of evidence from palaeontology, genomics and neontology, I focus on the deep phylogeny of insects and the hexapod fossil record (with an emphasis on beetles). At present, I am a student of palaeobiology at the University of Bristol.

Raymond J Cannon
about 1 month ago

Wonderful images of those 99 mya pollen grains! Did the beetles evolve to feed on this new source of pollen, or did they maybe switch from some other pre-existing lifestyle? Fascinating study (I could only get the abstract of the Nature paper).

Chenyang Cai
about 1 month ago

Dear Ray, Thank you for your interest in our study. You can find your answer and more information about this study via the following link:

Raymond J Cannon
about 1 month ago