We can understand the relationship between habitat and biodiversity coupling using three simple metrics of structural complexity. These scale-independent components describe a plane of geometric possibilities upon which to formally examine ecological patterns in the context of habitat structure.

The relationship between habitat structural complexity and biodiversity is foundational to understanding community ecology and informing conservation strategies.   However, elucidating the contribution of surface structure to support life has proved to be difficult in practice.

This work started with an online advertisement for a PhD position. The scope was to produce a uniquely detailed picture of the biomechanical and ecological impact of, and recovery from, Tropical Cyclone Ita that affected the coral reefs at Lizard Island, in the Great Barrier Reef - with Joshua S. Madin, Maria A. Dornelas and Oscar Pizarro as Principal Investigators.  My role focused on detecting change in habitat structural complexity across the storm disturbance using Structure from Motion (SfM) surface reconstructions.

As autogenic ecosystem engineers, stony corals build the very structures they prefer to live amongst—that is, they construct their very own niches.  In this context, we wanted to know whether more complex coral reef habitats led to higher biodiversity of the corals themselves, as is often assumed. However,  I soon realised that, while biological diversity can be readily quantified2, there was widespread disagreement about how to quantify habitat structure3. I was stuck, because, a prerequisite to detangling the link between reef structure and coral diversity was to identify the metric or set of metrics able to reliably describe the surface.

In aquatic environments, there is a traditional emphasis on using the rugosity index as a proxy to habitat structure.  That is in part because it is easy to estimate rugosity in the field by using a tape and a chain draped to the substrate4.  Structure from Motion1 is a newer method that allows capturing the reef structure digitally over large continuous areas and without damaging the substrate.  The technique produces realistic 3D surface reconstructions that, when back at the office, allows deriving practically any surface metric available, including rugosity5.  However, having too many choices of metrics is, in itself, a problem.   The outcome of a few months of exploratory work and critical thinking was hundreds of R plots showing matches and mismatches among structural metrics with no clear explanation.  Overwhelmed, I grabbed a pencil and notebook as a way to compile some core findings through sketching.

Later that year, the project's team gathered at the University of St Andrews for a workshop where we discussed several figures showing that rugosity and fractal dimension were mediated by topographic height range. Was this the geometric constraint we were looking for? Indeed, we were able to prove that three simple variables - rugosity, height range and fractal dimension - precisely captured the geometry of hundreds of reef patches from diverse environments (r2>98%).  The geometric theory was elaborated mathematically.  Then, by using a dataset containing almost 10,000 coral species annotations, we show that the surface structure influences coral species richness (r2>50%) across the plane of geometric possibilities.

It remains to be seen how the geometric theory we present translates to other surface habitats, such as non-coral benthos or on land.  Nonetheless, our results demonstrate the key geometric constraints acting to shape structural complexity and provide a basis to better understand drivers of biological diversity and ecosystem function as surface habitats continue to rapidly change under climatic extremes.

Sadly, the storm disturbance initially referred to in the PhD advertisement turned into back-to-back cyclones, followed by back-to-back coral bleaching events6.  Coral bleaching was reported once again in 2020.  This sequence of disturbances is among the most extreme on record and reflects a global trend towards a higher frequency of intensified climatic extremes with devastating compounding effects7.   We are hopeful that our approach allows us to understand the habitat consequences of these disturbances, as well as to predict recovery. 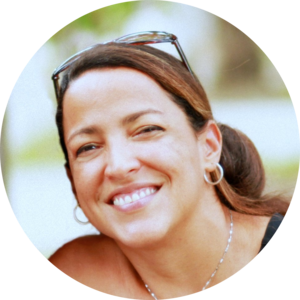