Over the last three decades, population density has consistently declined for most Alpine orchids. However, different species exhibited idiosyncratic range shifts with more than 50% of the species lagging behind climate warming.

+1
Costanza Geppert and 1 other See all
PhD, University of Padova
Follow 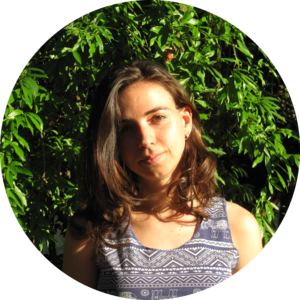 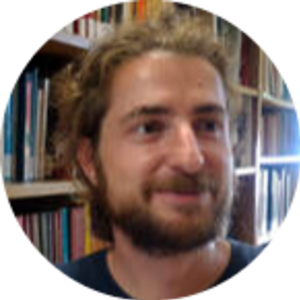 Orchidelirium is the name invented in the Victorian era for orchid fanaticism, and it proved to be very accurate for everyone involved in this study. The year was 1986, when Giorgio (GP) first thought of systematizing his hobby. Giorgio was a young amateur botanist and, for a few years already, had been spending his free time hiking in Trentino (NE Italy), observing and photographing orchids. But starting from that day, he finalized his aim and elaborated an accurate protocol to record geographic coordinates and the number of individuals of each orchid population occurring in Trentino. His idea was to describe the regional distributions of orchid species, and to provide a network of sites to investigate their population dynamics. In this challenge, Giorgio was not alone but constantly helped by his wife (Michela Decarli), many orchid enthusiast friends, as well as by Filippo (FP) and Alessio (AB), two expert botanists working at the Civic Museum of Rovereto. 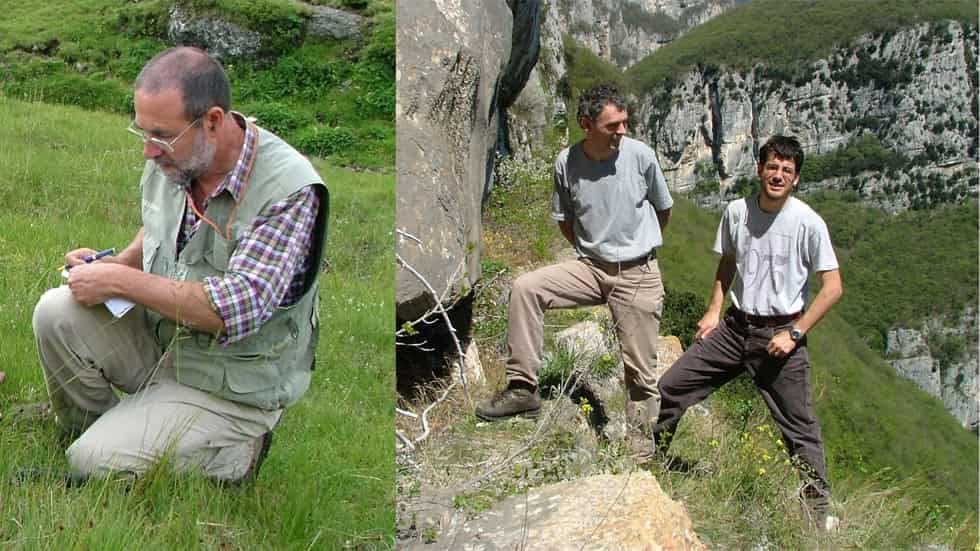 Around 30 years and 50,000 orchid records later, during a meeting at the museum in Rovereto, Lorenzo Marini (LM), Professor at Padova University, came up with the idea of carrying out a resurvey: get back to the sites where orchid populations had been recorded in the past and assess if they were still there.

And this is where Giuseppe (GM) and I (CG) appear in this story. In 2018, Giuseppe was studying his MSc and was convinced that Lorenzo Marini should supervise his thesis. Giuseppe’s main interest was reptiles but it took him a single visit to the field to fall in love with orchids. Giuseppe started to resurvey hundreds of sites, spending almost every day in the field for 6 months, photographing orchids and buying dozens of books about them. At that time, I was just starting my PhD under Lorenzo’s supervision and I was asked to co-supervise Giuseppe’s work, helping him with fieldwork, data compilation and analysis. 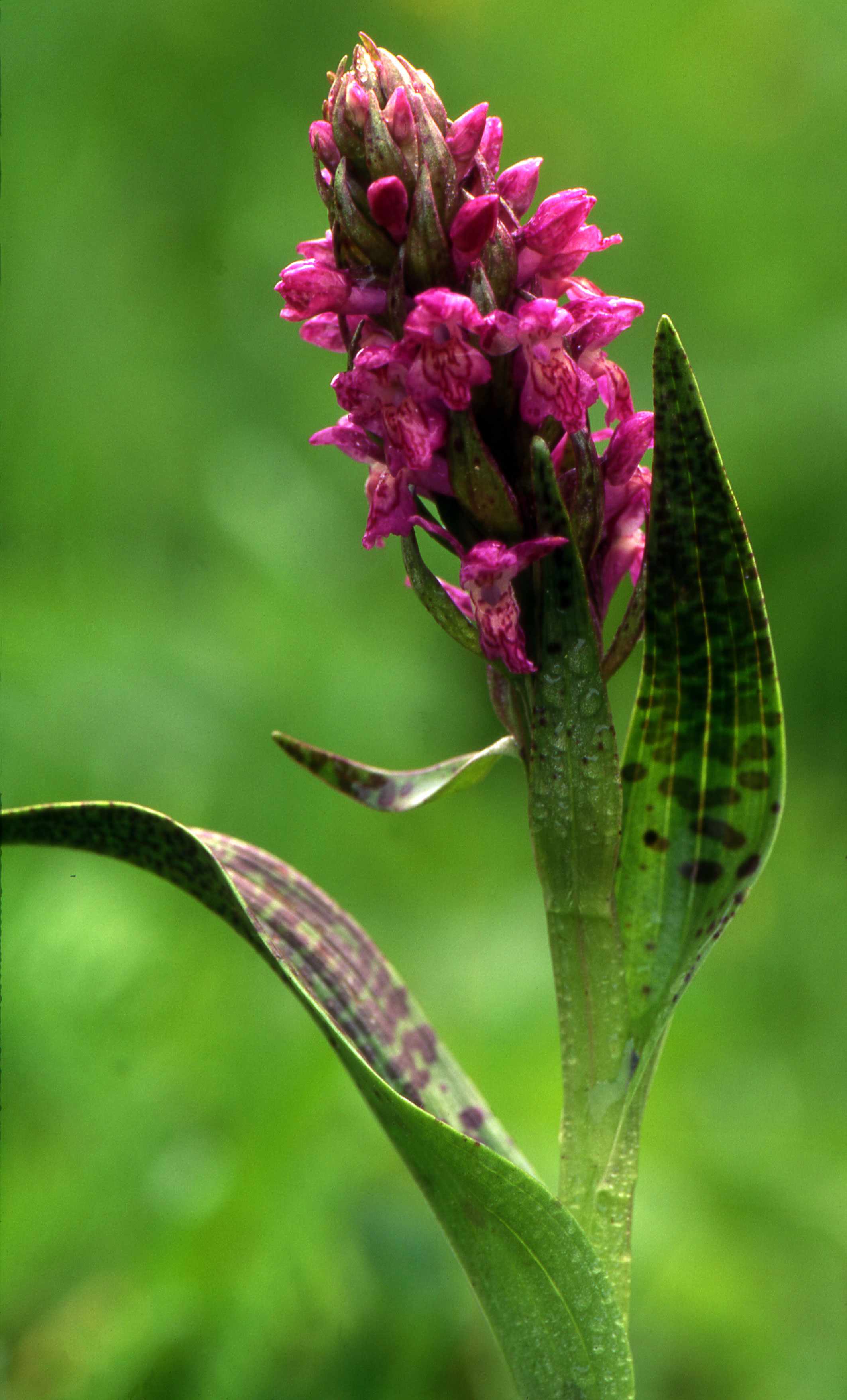 Going back to sites described 5, 10, 20 or 30 years before felt like an adventure. My heart sank whenever we arrived in a site described by Giorgio as a beautiful grassland and found ourselves in front of a golf course, a cement road or a tall grass meadow with bushes; while it was with great enthusiasm that we discovered the exact same orchid population reported some years ago now spreading over a hill or through the understory of a holm oak wood. We soon realized that over 30 years land-use has changed dramatically in Trentino and that land-use changes such as afforestation, urbanization and agricultural expansion drive orchid local extinction. When analysing the data, we found out that orchid populations were less likely to survive if the population was located at the lower part of the species’ elevational range, suggesting that climate warming increased the risk of extinctions at low elevations. 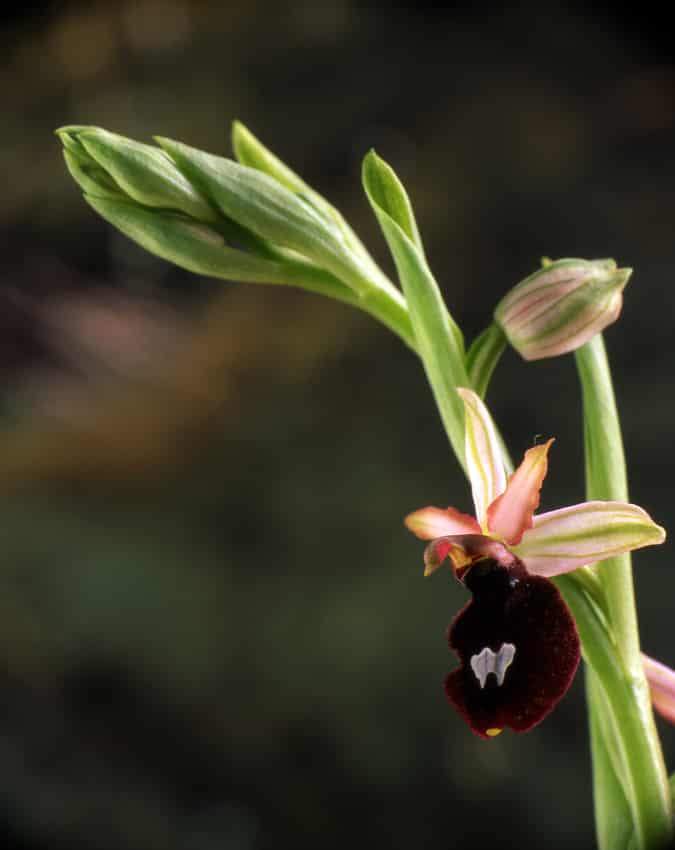 The dataset collected by Giorgio and collaborators is unique: it spans from sea level to around 3,000 m and its sampling effort is massive compared to the relatively large spatial and temporal extent. Lorenzo and I decided to explore and analyse orchid survival beyond the resurvey approach. At the BES annual meeting in Belfast, I luckily bumped into Rob (RW), that had worked on range shifts in butterflies, and as a teenager in the 1980s had searched for orchids in southern England, and offered us his help.

About two years after the start of the resurvey, we had some more ideas about what had happened to orchid populations over the last three decades in Trentino. Overall, we observed population declines, in particular for rear-edge populations. Besides these consistent declines, different species exhibited idiosyncratic range shifts with upward, downward and no movement, suggesting that temperature was not the sole factor driving range dynamics. This interspecific variability in range dynamics meant that most species did not shift their range uphill as fast as rates of warming. More than 50% of the species were not able to fully track climate change.

Several submissions, and revisions later, the results of all this work have now been published in Nature Communications, here.