The epigenetics of aging in bats

With the help of over 20 scientists and a few decades' worth of tissue samples, we have used DNA methylation profiles to construct some remarkably accurate epigenetic clocks for bats. We can now predict the age of individual bats and explore species differences in longevity.

Bats are often maligned in the media and pop culture, but they represent one of the most diverse groups of mammals on the planet—second only to rodents. Although all bats share the ability to fly, they exhibit remarkable variation in their social behavior, dietary preferences, and craniofacial morphology. One source of variation that we have been especially interested in is their remarkable longevity. Across placental mammal species, there is a positive correlation between average body size and lifespan; bats, however, tend to be outliers. Many bats live longer lives than expected given their relatively small body size. For example, Brandt’s myotis, Myotis brandtii, weighs a mere seven grams, but can live over 40 years—seven times longer than predicted by its body size. By contrast, some species have more size-appropriate lifespans, such as the velvety free-tailed bat, Molossus molossus, which weighs 14 grams and has a maximum lifespan of about 6 years.

Dr. Jerry Wilkinson has long been interested in the longevity of bats, but this more recent work was set in motion in 2017, when Jerry was invited to give a presentation about aging and longevity in bats at the International Berlin Bat Meeting. Taking advantage of new longevity records for bats, Jerry and I updated and extended work he had published previously in Aging Cell.1 We found that extreme longevity, which we defined as a maximum lifespan four times greater than predicted by body size, has evolved at least four times within the order Chiroptera. In addition to body size, whether or not the species hibernates strongly predicts longevity. Among those that hibernate, the duration of hibernation is a strong predictor of longevity, while among those that do not hibernate, sexual dimorphism is a strong predictor.2

We hadn’t seriously considered exploring the genetic or epigenetic underpinnings of aging until Jerry was invited by Dr. Steve Austad and Dr. Emma Teeling to attend a meeting entitled “Bats: A new model for healthy aging”, hosted by the Banbury Center at Cold Spring Harbor Laboratory. Here, Jerry met Dr. Steve Horvath, who developed the first human epigenetic clock,3 which use DNA methylation as a biomarker to predict chronological age. Having already demonstrated that these clocks work remarkably well in humans4 and can be used to study age-related conditions and lifespan,5 Steve set his sights on other mammals. With generous funding from the Paul G. Allen Frontiers Group and an awareness of the remarkable longevity of bats, Steve attended the meeting at the Banbury Center with hopes of establishing a collaboration with bat biologists. And what a collaboration it has become! Several of the bat researchers in attendance expressed interest in the project and we were able to recruit several more, assembling a group of over 20 bat biologists studying 26 different species around the world.

The key to building an epigenetic clock for bats is having samples from individuals of known age. However, once a bat is an adult, there are no reliable morphological indicators of age. We’ve used tooth wear patterns in the past, but this is a fairly crude metric of age. Therefore, we needed samples from bats that were banded as pups then recaptured and sampled years later. Thankfully, several collaborators conducting long-term field studies were willing to share their hard-earned samples. Thanks to the remarkable efforts of Drs. Roger Ransome and Gareth Jones at the University of Bristol, our oldest sample from a wild bat is from a 21-year old greater horseshoe bat (Rhinolophus ferrumequinum). However, the oldest sample in our study is from a 23-year old large flying fox (Pteropus vampryus), housed at Lubee Bat Conservancy in Florida. Overall, the bat research community was very receptive of this project and eager to collaborate. In addition to being interested in bats’ exceptional longevity, many bat researchers are excited by the practical applications of this work. The ability to determine a bat’s age using a simple, non-lethal tissue sample opens up many new research possibilities about the behavioral and physiological effects of age.

Steve assured us from the beginning that an epigenetic clock would work for bats, but we were pleasantly surprised by just how well it worked. As reported in our recent paper in Nature Communications, cross-validation procedures show that we can predict the age of a bat from one of the 26 species included in the study with a median absolute error of 0.74 years. The leave-one-species-out cross-validation procedure indicates we can predict the age of a novel bat species with a median absolute error of 1.4 years. From the cross-validation procedures and the creation of species- and family-specific clocks, we see that the prediction accuracy varies depending on the species, but it is always far more accurate than tooth wear! Now, we are eager to see how this method will spur new research into age-related changes in bats.

Having assembled such a large multi-species dataset, we couldn’t help but conduct a variety of comparative analyses. We demonstrated that, after accounting for phylogenetic relatedness, the average rate of age-related of methylation change is predictive of the species maximum longevity. The methylome of short-lived species, such as M. molossus, changes much more rapidly than that of a long-lived species like R. ferrumequinum. In addition, by taking advantage of recently released6 high quality genome assemblies we were able to identify genes near the sites which show age- or longevity-associated changes in methylation. Intriguingly, we discovered that sites associated with differences in longevity tend to be near genes found mutated in human cancerous tumors or involved in immunity. We suspect these findings will motivate additional studies on the genetic architecture of epigenetic aging in bats and other animals.7

You can read the full study here: https://rdcu.be/cgEfQ 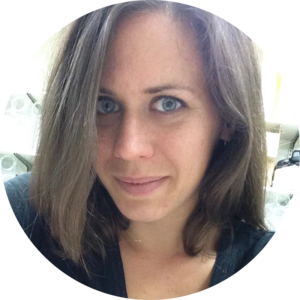