Livestock have played a significant role in supporting the theory of Natural Selection (Darwin 1859). With his acute sense of observation and foresight, Darwin conceptualized the role of selection in the shaping of the diversity of livestock species into distinct breeds (Darwin 1868). But perhaps because of the small size and uniform climate of the British Isles, he downplayed the role of natural selection in shaping the diversity of breeds, in favor of human selection. Had he been living in the vast, diverse and demanding space of sub-Saharan Africa, things might have been different?

The African continent, with a North-South orientation and altitudes from below sea level to above 4,000 meters, hosts cattle population across all its challenging agro-ecologies. So, it was natural to hypothesize that the genomes of African cattle would carry a record of their adaptation to these brutal environmental challenges. But are we in a position to detect those? Compared to the cattle breeds of Europe and North America, indigenous African cattle had so far received little attention in the genomics world. But thanks to the vision of few, this would change.

The story started far from Africa. Professor Sung Jong Oh organized a meeting in 2013 at Jeju National University in the beautiful Jeju island in the Korean strait (Jeju Island, the Republic of Korea). Sung Jong had spent time in East Africa and was aware of the richness of its livestock. Back in Korea, he endeavored to bring scientists together from the International Livestock Research Institute (ILRI) and Seoul National University, to chart the genomics of African cattle. 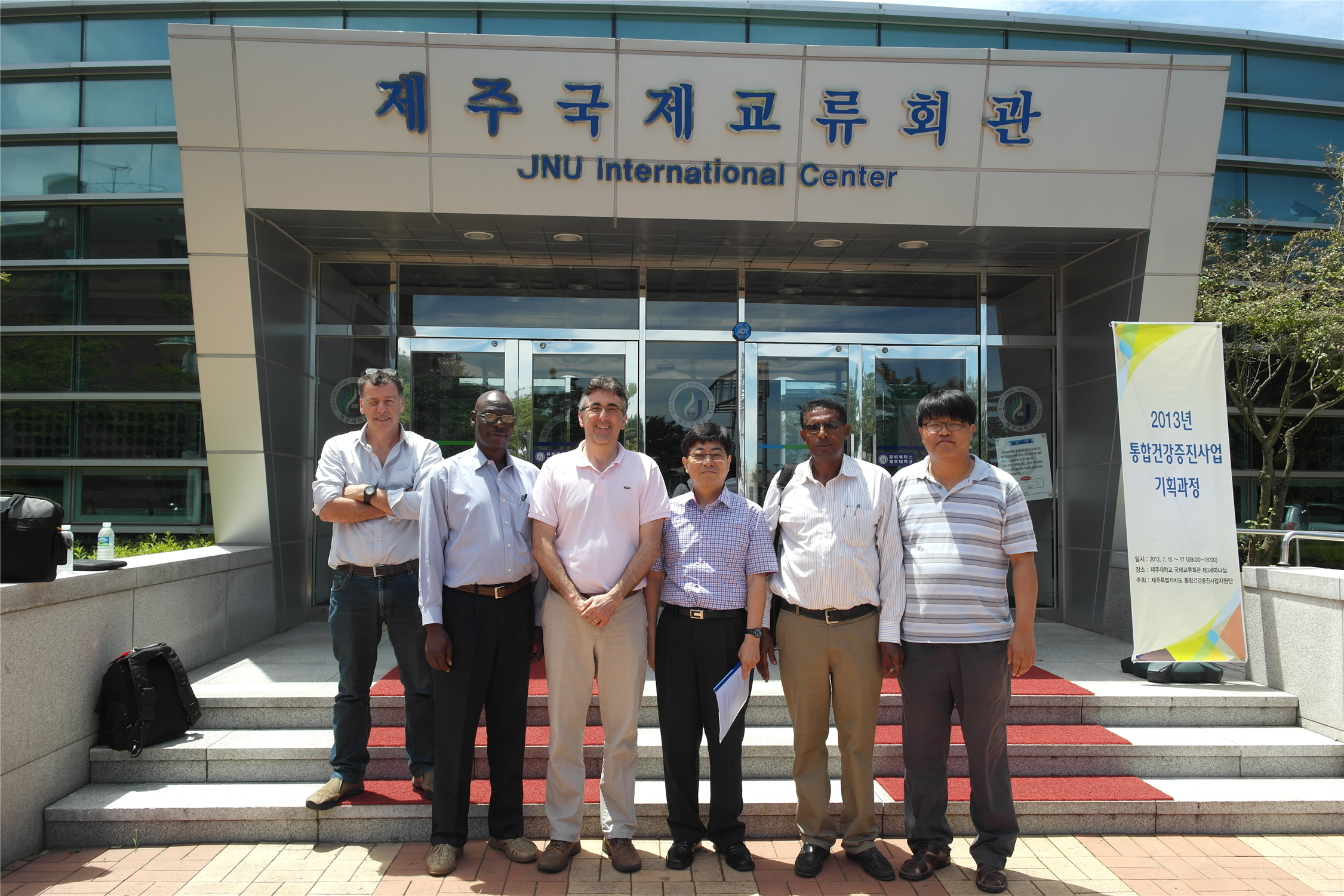 At the meeting, Professor Heebal from Seoul National University gave a short talk which still remains vivid in the memory of the participants. While he had never set foot in Africa, he had understood that something important for our understanding of the evolution of African cattle diversity could come from the study of African cattle genomes. Everyone was hooked.

Back in Africa, the ILRI team immediately embarked on an unprecedented effort to sample the diversity of cattle from the Horn of Africa. It engaged collaborators in Sudan (Professor Salim Bashir, Khartoum University, Kenana and Butana), Nigeria (Dr Abdulfatai Tijjani, Muturu), Kenya (Ol Pejata Ranch), and most importantly Ethiopia, a cradle of cattle diversity on the continent. Here, it took Dr Getinet Mekuriaw Tarekegn and colleagues, some 15,000 km of travel to collect cattle blood samples from remote and isolated areas of Ethiopia. To sample the unique Barka cattle, it was necessary for him to visit the landmine strewn border with Eritrea, with an army escort. Sampling, close to Sudan, the team inadvertently crossed the border and had to be escorted back to Ethiopia under the scrutiny of the Sudanese army. To find Afar cattle, in areas where temperature is often reaching 40OC, they needed to visit the Somali Regional State region. It was far from certain how their request for blood samples would be received by the Afar people who are renowned for the tight bond they have with their livestock. Here the team struck lucky, they arrived during a wedding ceremony, a time of joy and happiness which opened doors and smoothed the path to the Afar’s beloved cattle. Likewise, interacting with the Mursi, a pastoral community, from the Omo River valley in Southern Ethiopia, will remain engraved in the memory of many. To reach the semi-wild and famously disease-tolerant Sheko cattle, the team had to walk through tsetse fly-infested forests.

We generated more than 3.5TB of cattle genome sequences and combined them with publicly available cattle genomes across 33 worldwide populations. It then took more than six months to pre-process the raw sequences, saturating our computing resources and requiring help from cloud-based capacity. This was done not once, but twice following the release of a new cattle reference genome. Without the time, energy and skill of Dr Kwondo Kim, the lead author of the paper, we would not have passed this hurdle.

All of this effort was followed by perhaps the most rewarding part of our multinational collaboration, the data analysis and the exploration of the fascinating stories that emerged. Here, the admixture of knowledge about African cattle, their environments and skilled understanding of bioinformatics and genomic analysis that our diverse team brought together, proved invaluable.

Surely, the future will reveal more of the adaptive beauty of African cattle, while there is still time to enjoy it, let’s use it for the benefit of the pastoralists of Africa who have acted as their custodians over many inter-twined generations of people and cattle. 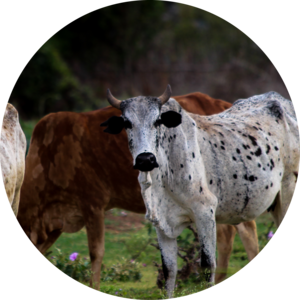 I have to commend the hard work invested by this team. I was looking to read the hurdle faced in accessing some rich genetic diversity of cattle from the Bokoharam-invested northern part of Nigeria, but unfortunately, no mention of such. I have read the abstract, but I am still looking for full access. I hope to work on the conservation of African indigenous cattle and the probability of exploring them for dairy purposes as my master's thesis in SLU, Sweden. Thanks for the outstanding research to showcase the beauty of African local cattle populations.

Thank Dolapo. All the best of luck at SLU for the MSc thesis, will be curious to know more so feel free to e-mail me. o.hanotte@cgiar.org The Nigerian Sahelian cattle population are very interesting (dairy/adaptation) but getting samples may be indeed difficult. But perhaps, you may be able to get them by sampling at city cattle market further South?