Menu
A community from Nature Ecology and Evolution
Contributor BMC

Tentacular team up: Deep partnerships between sea anemones and bacteria

With a newly discovered symbiosis between a hydrothermal vent anemone and chemosynthetic bacteria, deep in the Sea of Cortez, it is clear that we have much to learn about the sea around us 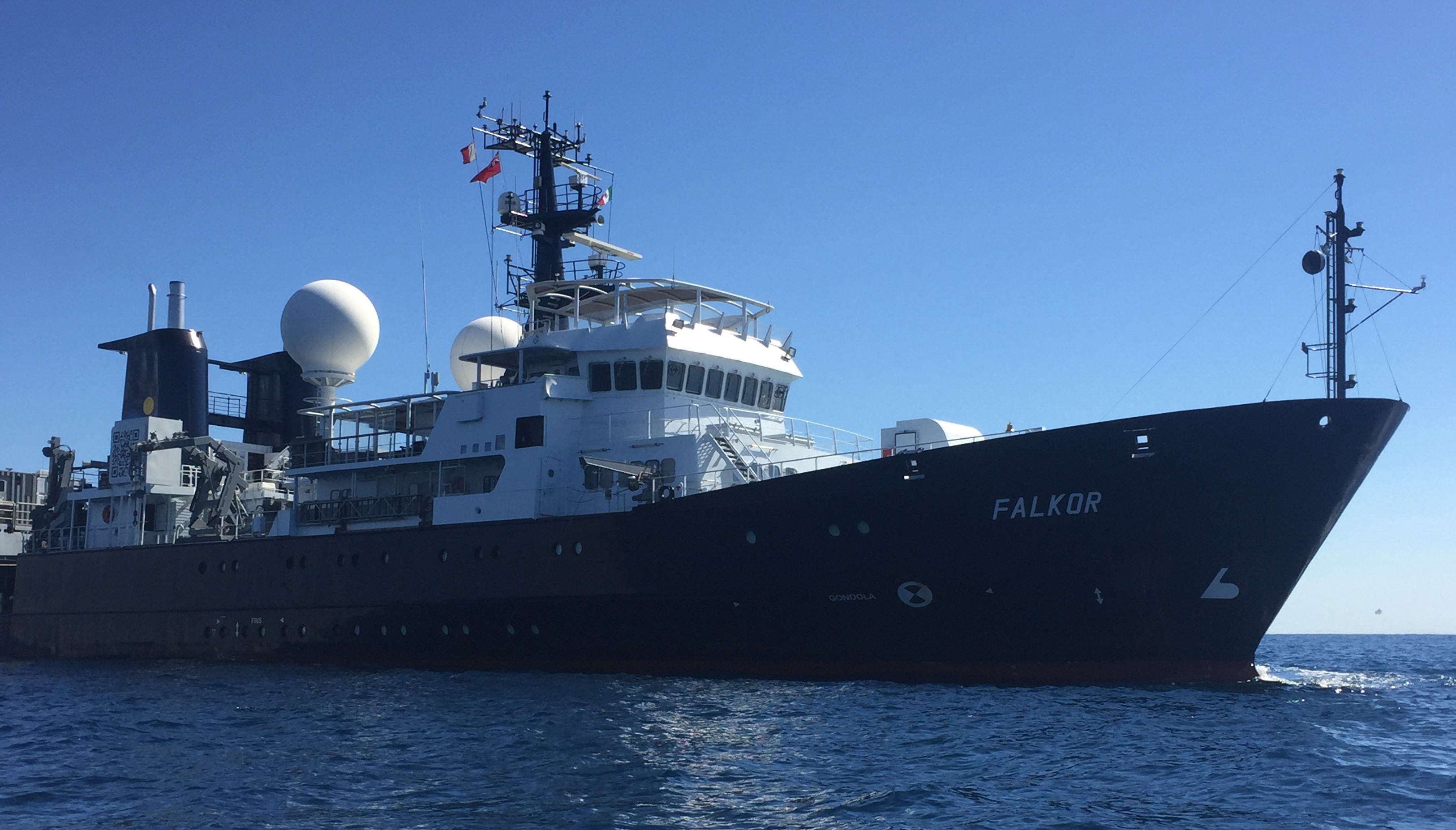 The vast blue surface of the ocean… as far as the eye can see. Far away from the frenetic pace of humans. We have come to a place 80 miles off the coast of La Paz, Mexico to explore what lies beneath this thin ocean skin. In 2018, in collaboration with the Schmidt Ocean Institute (SOI), an interdisciplinary team of geologists, chemists, microbiologists and biologists embarked on a 21-day expedition aboard the R/V Falkor. The biologists on board hoped to witness a fascinating animal community in what is the largest habitat on Earth – the deep sea. Multibeam echosounders, magnetic instruments, and an autonomous underwater vehicle (AUV) equipped with sonars and seismic sensors were first deployed to gather broad information about the seafloor and form a big picture. Following, a remotely operated vehicle (ROV) named SuBastian, owned by SOI, conducted centimeter-scale resolution mapping using a low altitude survey system, employed for the first time at such deep depths, providing an unprecedented view of the geological and geochemical controls on animal communities at underwater volcanoes, known as hydrothermal vents. 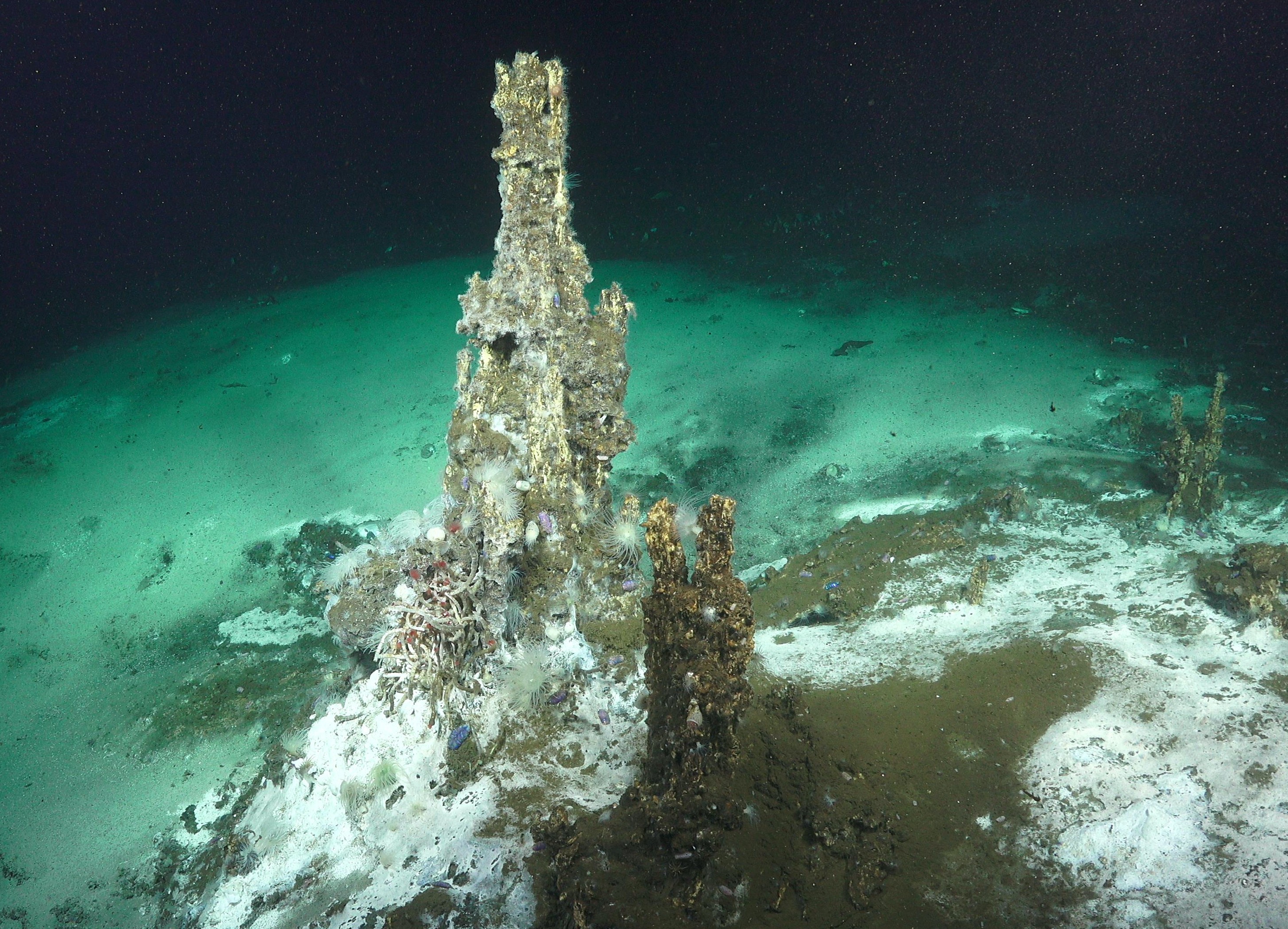 The biologists on our expedition aimed to investigate the density, distribution, diversity, and metabolism of organisms thriving at hydrothermal vents deep in the Pescadero Basin (3700 meters, or ~2.3 miles below). One of these vent fields was discovered in 2012 by scientists using drones that detected thermal anomalies and bottom features consistent with hydrothermal venting. These Pescadero Basin vents in the southernmost Gulf of California differ dramatically from nearby vent fields, most strikingly in their unusual animal communities, with many new species and numerous others found that were not expected to live in the area. Included in this group of unusual fauna was a very abundant white sea anemone that unexpectedly appeared to thrive very near to vigorously venting fluids. 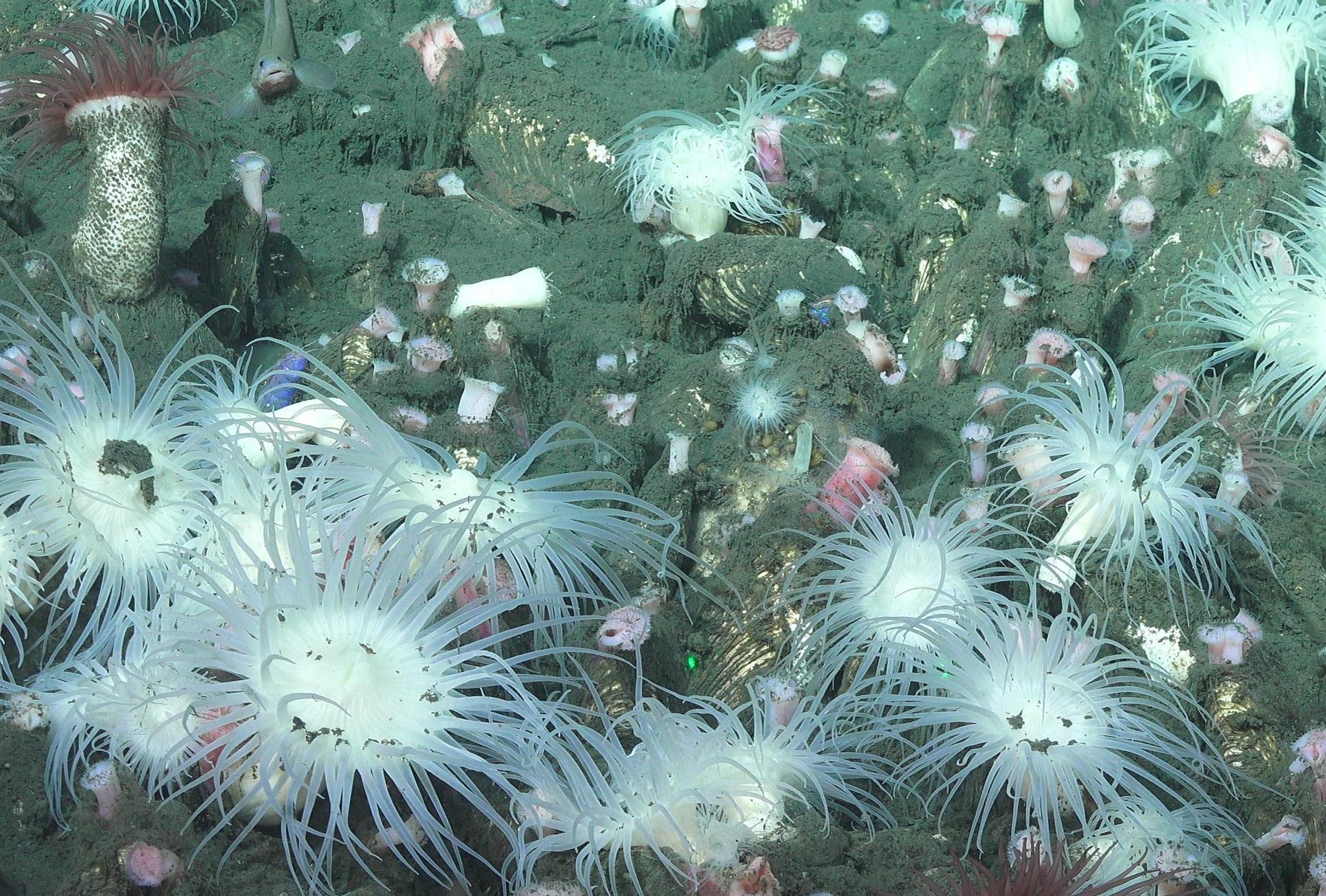 This anemone species, named Ostiactis pearseae, was very abundant, living tucked in between 3-foot tall tubeworms and sulfide-oxidizing clams. Anemones normally capture either large prey using stinging harpoons or small particles suspended in seawater using sticky tentacles. Neither of these strategies appeared to be the primary mode of dining by O. pearseae. Further, we knew from past studies that animals in the areas of highest volcanic activity usually take advantage of chemical energy for their sustenance, rather than energy from the overlying sunlit ocean far above. Incredibly, as we detail in our recent paper published Jan 18, 2021 in BMC Biology, this anemone receives nutrition from bacteria living inside of their skin cells, that use the chemical compound hydrogen sulfide to fuel organic carbon production. This trick is all the more strange given that other related reef-building corals and anemones house symbionts in their digestive system, on the outside of their cells. Our understanding of this phenomenon was made possible by a collaboration among an international science team involving undergraduates and science faculty from both a small liberal arts college and several research universities, as well as scientists at the American Museum of Natural History in New York. We are very excited to revisit this site in October 2021 to explore unanswered questions about this extreme alliance between marine invertebrates and beneficial bacteria.

Photos copyright SOI. Contact sgoffredi at oxy.edu with questions or further inquiries about this work. 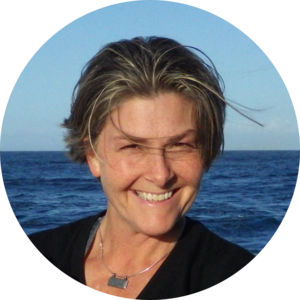