Space can change what we think we know about coexistence

Consequences of spatial patterns for coexistence in species-rich plant communities 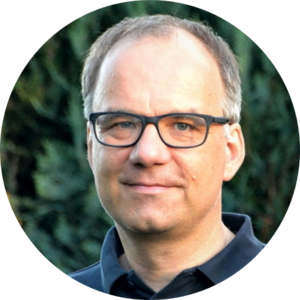 This article is the result of what happens when detailed individual-based maps of forests meet spatial statistic and analytical and computer simulation modelling to address a long-lasting ecological question. All of us have been thrilled for many years by one of the biggest enigmas of ecology, the question why so many tree species can coexist in small areas of tropical forests.

The starting point was the large dataset of the Smithsonian ForestGEO network of permanent forest dynamics plots where every tree with a diameter at breast high larger than a pencil is mapped, measured, and identified to species at areas of typically 16-50 hectares. Representing for example only the larger trees of the most common tree species by colour creates a piece of modern art that reveals a harmony and richness of spatial patterns at a 50-ha plot at Barro Colorado Island, located in the Panama Canal. Should the information hidden in these spatial patterns convey information on the underlying ecological mechanisms or even hide the key to coexistence? This was the underlying question of an ERC advanced grant project “Spatiodiversity” and of NCEAS and sDiv working groups on whose efforts and results the present study builds.

Ultimately, the spatial patterns, the dynamics and coexistence of different tree species emerge from the interactions of individual trees with other trees and their environment, so we argued in our study that we cannot ignore spatial processes. However, while individual-based simulations can include spatial processes naturally, it is far from trivial to transport the relevant “microscopic” detail of the emerging spatial patterns into “macroscopic” analytical coexistence theory. We solved this problem by using data from nine forests ranging from temperate, subtropical to tropical forests, and combination of scale transition theory with methods of individual-based crowding indices and spatial point process theory.

We found that, to obtain positive abundances, all species must show similar values of a “feasibility” index resulting from our theory. This index describes a demographic balance leading to coexistence where no species gains an advantage over others. This sounds logical, but is in contrast to predictions of classical theory (e.g., Gause’s exclusion principle) that claim that too similar species cannot stably coexist. How can we explain this apparent contradiction? Well, indeed, it turned out that space can change what we think we know about coexistence.

Nevertheless, the way towards this result was initially daunting at least, so to say. When we first implemented spatial simulations following the fate of individual trees to test our analytical theory, we made the frustrating observation that the simulated tree communities were unstable, just as predicted before. In these simulations we followed the common implementation of placing tree recruitment close to their parent trees to generate the observed species clustering.

So, did we overlook something? After assiduous analysis of our simulation data, we found that rare species showed systematically higher aggregation than common species, which counteracts the rare species advantages predicted by our theory. But is there a biologically reasonable alternative to generate species clumping without placing recruitment close to the parent trees? Indeed, a previous study found that tree recruitment at Barro Colorado Island was for most species unrelated to the location of large conspecific trees, a pattern probably generated by animal seed dispersal and/or canopy gaps. Armed with this insight we re-run the spatial simulations, now placing clusters of new trees independent on large conspecifics, and, finally found the expected coexistence.

Deeper analysis showed that the spatial simulations exhibit rather complex dynamics with two different dynamical regimes, a stable regime characterized by a demographic balance governed by the feasibility index, and a regime of “neutral stability” where the individual species abundances follow a stochastic random walk but total community size approaches equilibrium. If the proportion of tree recruitment placed close to the parent trees becomes too large, a regime shift occurs, suggesting that defaunation, which leads to a severe decline in animal seed-dispersal service, may trigger regime shifts in tropical forest towards unstable dynamics.

When looking closer to the stable regime, we found that the feasibility indices of species-rich forest must vary less than that of species-poor forest, a result reminiscent of neutral theory. However, to guarantee that no species gains a systematic advantage over others, neutral theory makes the radical and conflicting assumption that all individuals have equal chances of reproduction and death regardless of their species affiliation. In contrast, however, neutrality in the feasibility indices is an outcome, not an assumption of our theory. It allows species to differ in many ways, as long as they keep the overall demographic balance. A consequential implication of this result is that spatial patterns can stabilize forest communities where all species have the same parameters and follow the same rules. This change in the point of reference opens up exciting new avenues to explain coexistence in species rich plant communities through a spatial lens.

Next steps in the development of our theory will involve inclusion of more biological details to place the spatial coexistence mechanism in perspective of other mechanisms. The direct link of our theory to spatial patterns gives access to the rich source of data to validate spatial simulations of alternative models against multiple biodiversity patterns.

With gratitude to Longguo Piao for the use of a photography as poster immage.

(1)  Functional equivalence of all organisms of a guild

(2)  Speciation is random and assumed to be instantaneous (?parthenogenetic?)

With the new insight by Wiegand et al. (this paper) that neutrality in tropical tree communities is an outcome of random tree gaps and animal dispersal – rather than an assumption as in Hubbell’s neutral theory --- what happens to the other two assumptions of neutral theory? Probably little since neutral theory has a previously shown a great capacity to absorb inconvenient facts as evident from the following quotes:

“Although there have been many attempts to falsify Hubbell's theory, we argue that falsification should not lead to rejection, because there is more to the theory than neutrality alone.” (Alfonso, Etienne, McKane, Trends Ecol. Evol. 2006)

“Finding data that are unexplained by neutrality is a valuable application of neutral theory, not a triumph over it.” (Rosindell et al., Trends Ecol. Evol., April 2012)

“Every ecologist knows that the real world is not neutral and that the assumptions made by neutral models are false” (Etienne & Rosindell, Science, June 2012)