Imagine being able to accurately predict diseases before they are observed or foresee production level of livestock. Traditionally such predictions have relied on pedigree information with limited accuracy. Technological developments are changing this enabling an unforeseen window to the future. 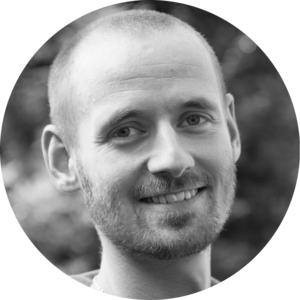 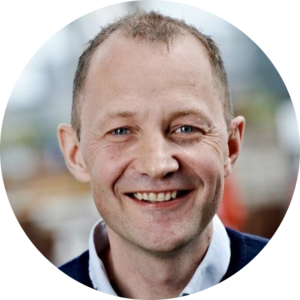 Ever since Watson and Crick described the three-dimensional structure of DNA, a central component in modern biology has been to understand how information flows from what is encoded in the genomes to the variation in the phenotypes that we observe. The central dogma in molecular biology states that the information encoded in the genome are transcribed to RNA, and then translated to the functional unit, proteins. The observable phenotype is not only the product of the genome, but also a function of the surrounding environment that the organism is experiencing. Understanding how information flows through the biological layers is not only of biological interest but potentially holds the key for allowing us to accurately predict yet-to-come phenotypes based on genomic information and any of the intermediate layers of biological organisation, so-called endophenotypes.

In a recently published study, we and an interdisciplinary team of colleagues set out to investigate whether one such endophenotype, the metabolome, is useful as a predictor of complex phenotypes. The fruit fly is particularly suited for such quest. Almost ten years ago Prof. Trudy Mackay and her team from North Carolina State University, Raleigh, NC, USA, developed a reference panel of highly inbred Drosophila melanogaster lines (Drosophila Genetic Reference Panel, DGRP). This panel of genome sequenced lines have been widely used to study the genetic architecture of many complex traits. Besides detailed phenotypic characterisation and available genome information, the DGRP system has also been characterised at the transcriptional level. With such abundant information on different biological levels, the DGRP system is a great resource not only for studying the genetic basis of complex traits, but also for developing and testing statistical frameworks.

The metabolome directly reflects the biochemical activity of cells / tissues. Thus, we suggest that the metabolome represents an endophenotype that is ‘closer to’ the final functional phenotype than for example the genome or the transcriptome. Therefore, we hypothesised, that the metabolome bears characteristics that makes it a more reliable predictor of yet-to-come phenotypes compared to other information from other omics levels.

We tested our hypothesis on five different, already published DGRP phenotypes, and found strong support for our idea. For all except one trait, the accuracy of prediction was markedly improved when incorporating the metabolome into the prediction models.

The outcome of our endeavour highlights the value of interdisciplinarity in modern science. The group of researchers involved have expertise within evolutionary biology, chemistry, plant breeding and statistical genetics. We truly benefitted from our different backgrounds which led to stimulating discussions, different views and in the end a result that we are very proud of.