This project, investigating the physiology of the earliest mammals, began at 3am on the beamline of a particle accelerator near the French Alps. While my co-experimenters from University of Helsinki were safely in bed, I raced through my allocation of modern-day shrew teeth we were CT imaging at very high resolution at ESRF, the European synchrotron. I did this to gain enough time to sneak a tooth from the early fossil mammal Morganucodon into the schedule - it went into the beam around 3am. The first images of growth rings in the cementum of the tooth root – looking just like the yearly lines of tree rings, and similarly recording age in years – were spectacular. They also suggested a surprisingly long lifespan for such a small mammal. I straightaway emailed Dr Pam Gill (University of Bristol/Natural History Museum, London), who‘d suggested we try scanning Morganucodon tooth cementum, and her first response was a single word – wow!

Those images led to a Masters then PhD for the lead author of this paper, Dr Elis Newham (University of Bristol). They also allowed us to make successful applications for further imaging time across three timeslots and three additional beamlines at ESRF and SLS, the Swiss Light Source. Beamtime at synchrotrons is tightly rationed - you have to maximise time given, running teams of people 24 hours a day. We imaged hundreds of tiny jaws and sub-millimetre teeth from two species of Early Jurassic, 200 million-year old early mammals, Morganucodon and Kuehneotherium. That gave us unprecedented confidence in our results, but to gather so much data in the short beamtimes we needed excellent teamwork. Using large teams, working in shifts, and maximising efficiency in the various stages of synchrotron CT imaging needing human input – mounting/swapping specimens, locating the right part of the tooth, and completing the pipeline from initial scan to final 3D reconstructions – we set beamline records for most experimenters on a project and most amount of data collected.

From the human perspective, such concentrated work went one of two ways – either the new shift would arrive to take over from a near-silent team, working effectively but with little energy for conversation, or the end-of-shift team were in party mood, laughing and joking about the experiment, science, and life in general. Often the same shift involved periods of both, and they acted as bonding experiences for the people – from masters students to professors – involved.

The processing of the tens of terabytes of data generated, and results analysis, took considerably longer than the imaging. We were able to link these long lifespans in small fossil mammals to their physiology, suggesting they were cold-blooded like modern reptiles which also have longer lifespans than living mammals. This suggests that modern mammal endothermy (warm-bloodedness) evolved in a geologically brief window later in the Early Jurassic, after Morganucodon and Kuehneotherium but before the common ancestor of living mammals appeared. When exactly this happened is our next project – and we’ll be back for more 3am fossil scanning to do so. 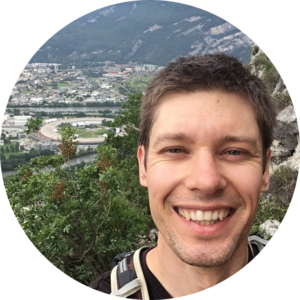