Coastal ecosystems are very important. They provide a habitat for many organisms, capture carbon, and protect the land from waves during storms. However, they are in rapid decline around the world, mainly due to anthropogenic influences, such as pollution, land-use changes and over-exploitation. 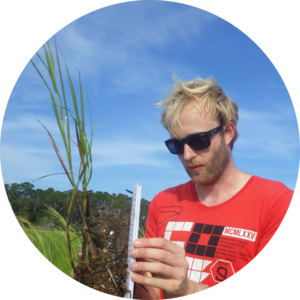 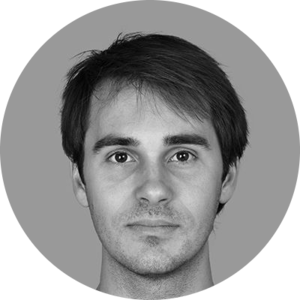 Why should we restore ecosystems?

To regain vital ecosystem services for both nature and human society, governments and NGO’s increasingly invest in restoring degraded ecosystems. However, restoring them is very expensive and is often unsuccessful, because current approaches typically do not take positive interactions between organisms into account that may be required to sustain a population.

What is the challenge?

In hostile ecosystems, facilitation from intraspecific positive interactions plays an important role. Instead of competing for resources, organisms of the same species “cooperate”, thereby enhancing each other’s survival and growth. Such facilitation typically arises from emergent traits – i.e., properties that are found in the population level, but that do not exist when an individual is alone. For example, a single seagrass plant is easily swept away by waves in a storm. However, a seagrass meadow can withstand that same storm. But how do you restore an ecosystem if those population-level properties have vanished? Theoretically, it is of course possible to plant an entirely new meadow. However, that would mean removing large amounts of plants from somewhere else, which can be both damaging and expensive. So how to restore an ecosystem while minimizing the use of donor material? This was the core question we addressed in our recently published paper in Nature Communications.

What did we do?

Only recently have restoration practitioners in coastal systems begun to experiment with implementing facilitation into restoration designs. For instance, plants were arranged into clustered support-groups. However, for clustering, one needs large quantities of donor material to bridge establishment thresholds for successful ecosystem restoration. In our approach, we use biodegradable structures that mimic the emergent traits of our target species to generate the facilitative effects necessary for transplanted individuals to survive, while minimizing donor material.

Where did we do our experiments?

To answer our research question, we setup a trans-Atlantic experiment using salt marshes and seagrass meadow as model ecosystems. The experimental sites for seagrasses were located in tropical Bonaire and temperate Sweden, and for marsh grasses in temperate the Netherlands and subtropical Florida. The sites were all relatively wave exposed with rather mobile sediments; environmental conditions where we expected facilitation, and thus emergent traits, to be important.

What did we find?

Temperate and tropical seagrasses grew best when the mats imitated their soil-stabilising root network, while marsh grasses benefited most from mimicked stems. Seagrasses are flexible and benefit particularly from a stable sediment, while marsh grasses have stiff stems and benefit from reduced stem movement. We saw the results not just in a single species in a single region, but across different species and ecosystems in both tropical and temperate regions, suggesting a general principle for coastal restoration ecology. We were only able to demonstrate this thanks to the joint efforts of experts in seagrass and salt marsh ecology on different continents.

How did we do it?

Step 1. In search of a suitable structure

To generate facilitation using structures, we had to select a material. While restoration using non-degradable plastics may result in success, it permanently litters the ecosystem. Therefore, we created our own biodegradable structure made from the waste of the potato industry.

To test a restoration measure, you ideally test this in field experiments. We work in coastal ecosystems, such as salt marshes and seagrass meadows, which are located both in the intertidal. This means that we have to work by nature’s rules. The salt marshes were accessed on foot during low tide. Therefore, this sometimes meant getting up at 4 AM, and the need to work efficiently and finish work before the tide is coming up. The sunrise was worth it though.

We built our experiment close to a very popular cycling route on Texel Island. Many tourists were very interested in our work. However, after giving many interviews, we hadn’t gotten any work done, and the tide does not wait. Stop socializing and start working!

Some field sites are hard to access. In Florida for example, we had to use canoes to reach our site. Here, our only visitors were dolphins.

In Bonaire and Sweden, the water depth was always greater than 1 m so we used SCUBA to construct the experiments. Because we aimed to test our approach in harsh environments, divers had to construct and monitor the experiment often struggling with strong waves.

Ecologist love fieldwork. Yet, when pioneering with restoration measures in dynamic areas, we do not want to hear about approaching storms. A question that popped into our minds: did we anchor the structures well enough? Luckily, the structures survived all storms.

Now we have a way to improve survival chances of transplanted plants, without needing much planting material. An urgent next step in coastal restoration is to scale up this approach to halt and reverse the degradation of coastal ecosystems worldwide.