Relationship of Morphometrics, Total Carotenoids, and Total Lipids with Activity and Sexual and Spatial Features in Euphausia superba.

In June 1980, my thesis advisor (and co-author), Prof. Hubert J. Ceccaldi, proposed me to work on Antarctic krill for my Ph. D. thesis, and of course I took that opportunity. The First International Biomass Experiment (FIBEX) was starting. The cruise FIBEX MD 25 departed from the French Island of La Reunion on the Indian Ocean (on February 1981); it took 15 days to reach the sampling area (between 61°-64° S and 30°- 50° E), on board the French R.V. Marion Dufresne, with stops on the French Islands of Kerguelen and the Crozet Archipelago. 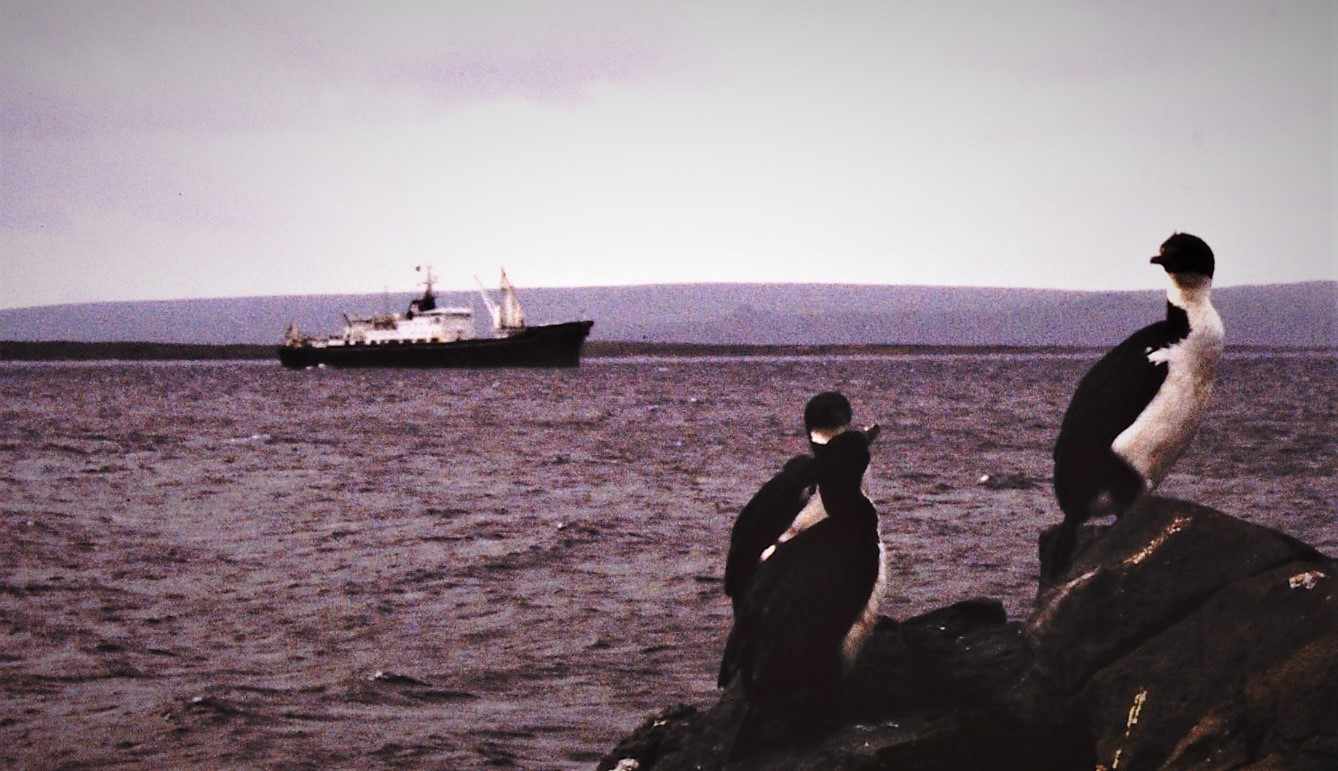 First stop on Kerguelen. The Marion Dufresne with cormorants as a reception committee

That was my first oceanographic cruise. I was, also, the first Mexican researcher to work on Antarctic krill. 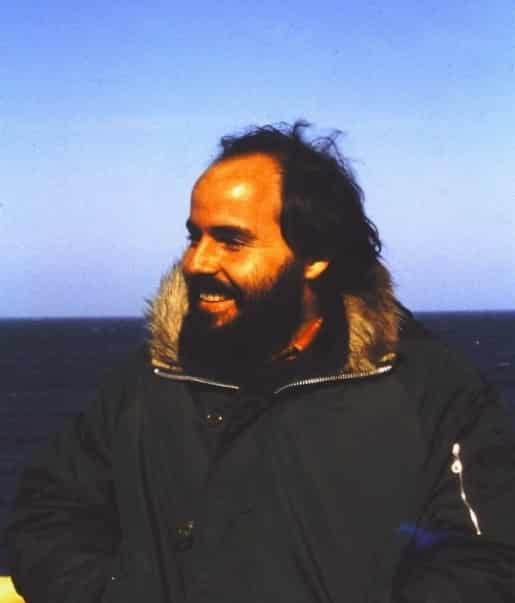 During the cruise MD25 FIBEX, on board the R.V. Marion Dufresne, February 1981 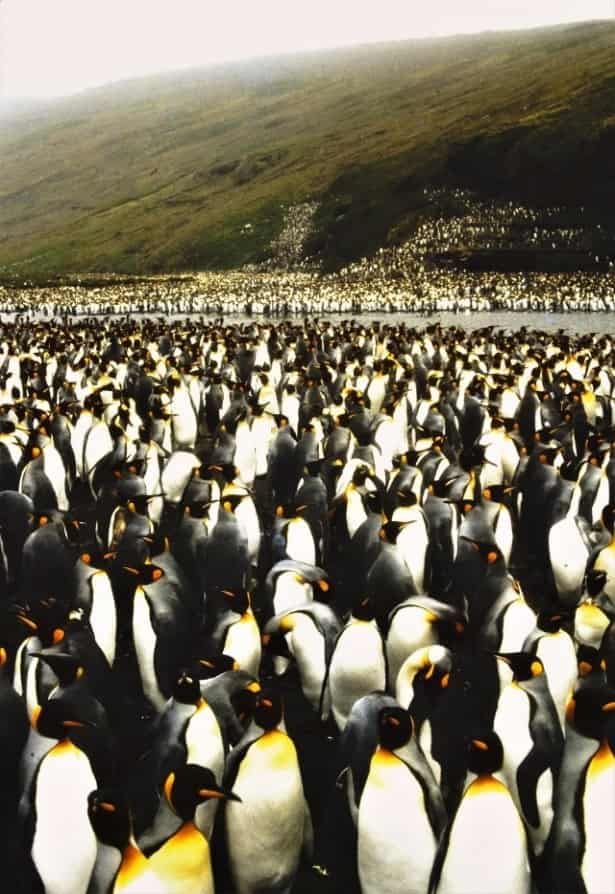 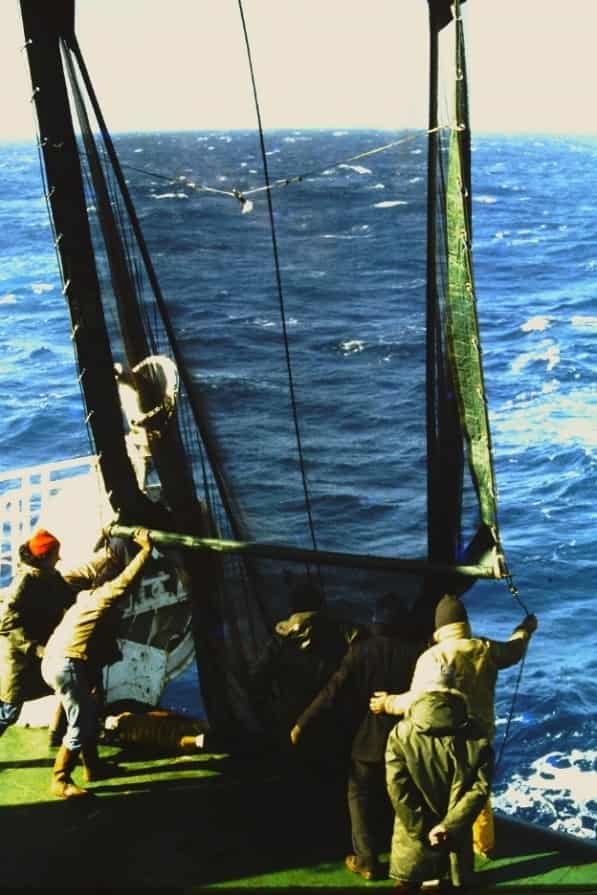 Penguin rookery in Crozet Island (left), estimated at about one quarter million individuals at that time, our second stop during the journey. The Rectangular Midwater Trawl (RMT) net (right) used during the cruise, with its 12 square-meter opening.

My thesis addressed the biochemical composition and calorimetry of Euphausia superba and Thysanoessa macrura. I moved to the Station Zoologique de Villefranche-Sur-Mer (Now Institut de la Mer, Université la Sorbonne), to work with Prof. Patrick Mayzaud. First of all, I needed to estimate a length-weight relationship, so I measured the length and weight of a sample of animals to predict their wet weight. After some samples were measured and analysed, I noticed differences in morphology between sexes and decided to examine the morphology of the species, performing different length measurements on the same animals. Other authors had shown that when E. superba reached sexual maturity, they developed sexual dimorphism; however, this was a novel finding at that time, not yet published 1, 2, 3. When I started working with total lipids, Prof. Ceccaldi (a carotenoids expert) proposed me to obtain total carotenoids data using lipid extractions. The technique was tested and validated in the laboratory.

At that time, a vivid discussion was ongoing on the longevity of E. superba 4, 5; thus, I first used my data to show that E. superba undergoes a major morphological differentiation, and proposed a Differentiation Index6. I also attempted to demonstrate that E. superba lived up to four years, while T. macrura lived two years7, using multivariate analyses and based on morphometry and carotenoid and lipids contents. We now know that krill live far longer than that. I submitted my thesis in January 1986. 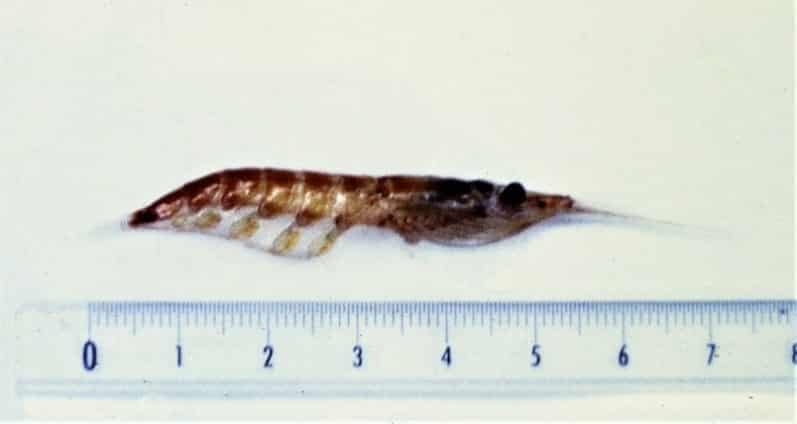 A mature Euphausia superba male (left) and a mature female (right). Notice the big eyes of Males II and the swollen carapace of the mature female.

Back in México, I published the remarkable data on morphological differentiation for both species, as well as the length-weight regression and its derived coefficient of condition differences, both between sexes and between sampling sites8.

I almost forgot about my Antarctic data. Later, I re-started publishing additional findings9, 10, 11 on other aspects of my thesis. After reading a paper by Auerswald et al.12 on carotenoids in E. superba, I regained interest on my results and wrote the paper summarized here. Here we report the presence of a morphologically distinct group of males, which we named Males II, showing a shorter carapace, different body proportions — especially a bigger abdomen —, and bigger eyes, relative to females or other development stages. This coincides with lower lipid and higher carotenoid contents, is a counterintuitive finding, since carotenoids are lipid-soluble. The hypothesis is that Males II are faster swimmers, derived from their unique physiology and as reflected on their biochemical composition. Males II will probably die after fecundation. This represents a novel finding, i.e., that morphometry — especially body proportions — influences physiology in a pelagic species, which is reflected in biochemical composition, considering differences between sexes and developing stages, it is an entirely new approach. This paper shows, for the first time, a relationship between morphology, lipids, carotenoids, and the activity of animals in E. superba; however, this relationship is yet to be fully explained.

You can read the paper in full here.

8.- Färber-Lorda, J. Length Vs, weight relationships and coefficient of condition of Euphausia superba and Thysanoessa macrura of the SW Indian Ocean during summer. Mar. Biol. 118, 645-650 (1994). 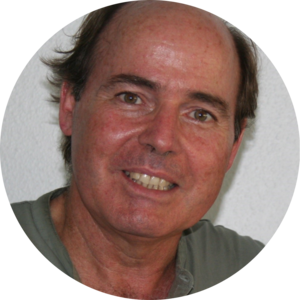 I work on zooplankton Ecology. My PH. D. Thesis was on Antarctic krill. After I finish my thesis I came back to México, my country, and start to work on euphausiids from the tropical Pacific. My more recent work is related to the tropical Mexican Pacific and also the Gulf of México. We have recently work on the vertical distribution of zoplankton in the Oxygen Minimum Zone (OMZ) off México. We also work on the zooplankton adaptations to low oxygen. I am still demanded for reviewing paper from Antarctica, so still active on that area and very interested to continue my former research on the morphology and biochemical compostion of euphausiids and its consequences on the physiology and biochemical composition of the species, mainly euphausiids.