Raising a glass to my long-dead collaborators!

I almost turned down the opportunity to write this ‘Behind the Paper’ post because I was feeling sheepish about not having been in the field for the collection of data used in the paper. And this is a first for me, having spent collectively over a year of my life living in a tent, doing fieldwork. This paper, however, is different. For this paper, I relied heavily on contributions from my collaborators—some of whom have been dead for over a hundred years.

My living collaborators are spread across the globe and are a constant source of inspiration and laughter. These relationships arose from a love of plants and ecology but they are sustained by trust. This trust is continuously annealed by food and drinks (when our ranges overlap), and by the usual barrage of emails and emoji-driven texts (when our ranges do not). Trust makes its way into our science through the care we put into data collection and the many minute decisions we make throughout our days in the field.

I started this paper when I was a Postdoctoral Research Fellow at the University of Victoria, in partnership with my then supervisor, Dr. Brian Starzomski, and colleague Dr. Eric Higgs, both of whom have become life-long collaborators. (And yes, fear not, they are both alive and well.) Eric has long been instrumental in the Mountain Legacy Project which is a repository for over 120,000 historic images of the Canadian Mountain West taken on glass plate negatives as the region was being mapped in the late 19th and early 20th centuries. Over 8,000 of these images have been re-photographed by throngs of dedicated graduate and undergraduate students. I have had the privilege of knowing some of these students, while others I know only by seeing their names in metadata and scanned fieldnotes. Whether from 4 or 120 years ago, these fieldnotes hold careful and detailed accounts of where they were and what they were doing, so that one day, a future researcher can return and pick up where they left off.

We are using these images to explore high elevation ecosystem change over a century that has been witness to profound ecological consequences related to climate change. The historic images, courtesy of my long-dead collaborators, provide insight into a landscape that exists today mostly in stories. Little did they know that most of these mountains were to become more tree-covered, signalling an imminent threat to alpine species like the Clark’s nutcracker (Nucifraga columbiana) that may have been flying around as they set up their cumbersome medium format cameras, or the glorious cushion plant, moss campion (Silene acaulis), that the field workers may have narrowly avoided trampling with their handmade leather boots.

I can’t text these collaborators to thank them. I only wish we could meet-up at the next Ecological Society of America conference for a pint to hear stories of their days in the field. One of these collaborators, Morrison Parsons Bridgeland, like me but a century earlier, grew up near Toronto before falling in love with mountains. I would ask Morrie, if he would permit me calling him that, about foul weather ascents and about how horrific if must have been when A. E. Hyatt, a photographer in his field crew, tragically died in the summer of 1915. I am a professor now with a good-sized lab of (brilliant!) graduate students and postdocs, and the thought of field injuries (or worse) is my greatest fear.

I’ll never meet Morrie and his colleagues, but I can honor their work and their contributions to science by promising to take good fieldnotes and in doing so, I am agreeing to collaborate with some future researcher, asking questions that I can’t, at this moment in time, begin to fathom.

Read our paper on a century of high elevation ecosystem change in the Canadian Rocky Mountains HERE. 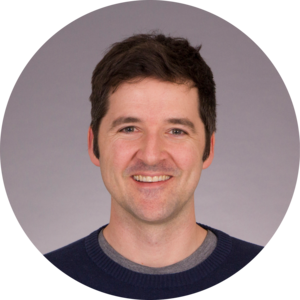