Pushing the limits with million-year-old DNA

Sequencing ancient DNA more than one million years old opens a new era of research, where we can study the process of speciation in real time. This is a personal account of how we broke this boundary.

I had low expectations when we went into the lab to extract DNA from samples that based on geological evidence were 600 thousand to 1.2 million years old. At that point of my PhD, I already knew better than to put faith in high-risk/high-gain projects. And attempting to extract DNA older than has ever been done before topped the list of some pretty funky projects that I have been involved in, like trying to retrieve DNA from rocks from the ocean floor. Such efforts rarely yield results and end up in the invisible section of the CV where dreams go to die. My supervisor, Love Dalén, calls it character building.

Having previously extracted DNA from dozens of mammoth samples, I was considered to have the best shot at making this work. That is even though my track record includes having retrieved exactly zero mammoth reads from a 10,000 years old mammoth. But also sequencing millions of fragments of DNA without a single one of them belonging to your target species is impressive in its own way, right? So here I was, trying my luck with mammoths that were a hundred times older.

To make it "easier", the two senior authors of this paper, Love Dalén and Anders Götherström, had decided to join me in the lab and "help". We started the lab work by betting on which of the 19 samples is going to work best (i.e. have the highest proportion of authentic mammoth DNA) based on how the tooth powder looked like. Regardless of how much it annoys me, I have to admit that Love won. I have to because he made me put it down here, so that the history books get it right.

The laboratory work was done in the ancient DNA laboratory at the Swedish Museum of Natural History, and later on at the Centre for Palaeogenetics in Stockholm. Working in a clean laboratory means that bleach is your best friend and that you have known about the struggles of fogging up face masks from long before the coronavirus pandemic. I have always been meticulous when working in the ancient DNA lab, but I have certainly never been as careful as with these samples. I beg the environment for forgiveness for all the pairs of gloves that I exchanged when drilling these tooth samples. 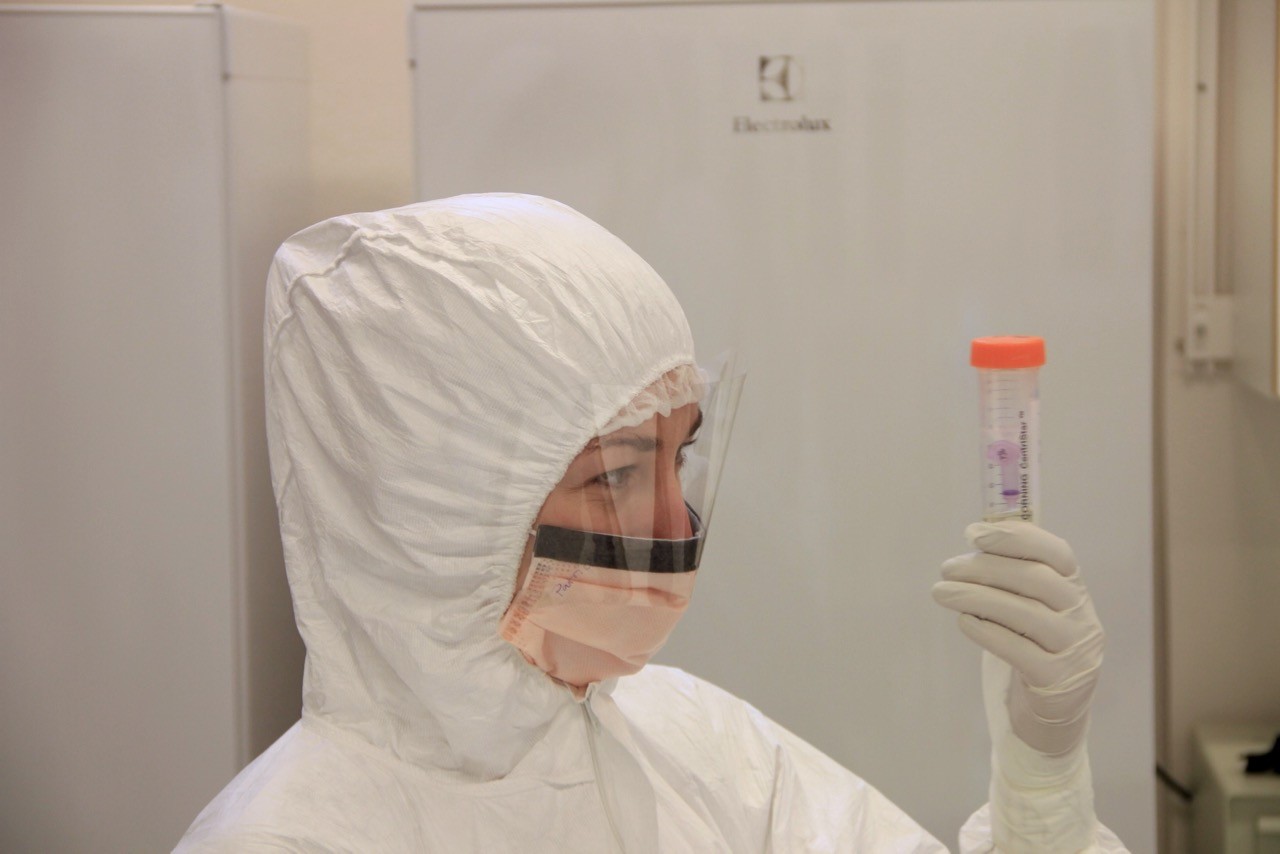 You might think that drilling mammoth teeth is easy – they are big and there’s plenty of material to work with. However, we always get only small subsamples, which usually comprise a fragment of one tooth plate. It’s usually so small that despite my degree in Systematics and Evolution, I wouldn’t be able to say what species or part of the body it came from. Despite that, I can tell where to drill. We use a small hand-held drill to shave off the surface layer and we drill a small hole inside the mammoth piece, while tooth powder is flying out. We collect it on a piece of tinfoil and funnel it into a tube. What follows is a never-ending series of steps when you add liquid into the tube, and remove the liquid, and add other liquid, and remove the liquid. And it’s not even colourful as they show you in the stock photos. So, you basically spend hours mixing liquids and you pray that there’s DNA somewhere in there.

This cannot be. Or can it?

Even when I put the (what I hoped was) DNA, which we turned into sequencing libraries, on a gel electrophoresis and saw it light up because the DNA had bound with the fluorescent dye, I did not quite feel the eureka moment. It could still be only old bacterial DNA from the microorganisms in the environment. Even when we sent it for sequencing and the data came back and we could see that, although little, there was mammoth DNA, I still thought that it might just mean that the DNA, which we sequenced, is younger than we thought. It was only when I took the mitochondrial DNA and built the first phylogenetic tree with these samples, and saw that they sit on the base, outside of the diversity of all Late Pleistocene mammoths, that I did start to believe that we had done it.

Now that I’ve got (almost) to the end, let me jump to where this all began. All of this was cooked up much earlier, at a meeting attended by some of the big shots of ancient DNA research. I wasn’t there (and not only because I wasn’t a big shot), so I can only imagine what it looked like. However, based on later experience from such meetings, it was something like the Council of Elrond where the elders decide that someone has to take the Ring to Mordor. Some unknowing hobbit. I hope you see the parallels. 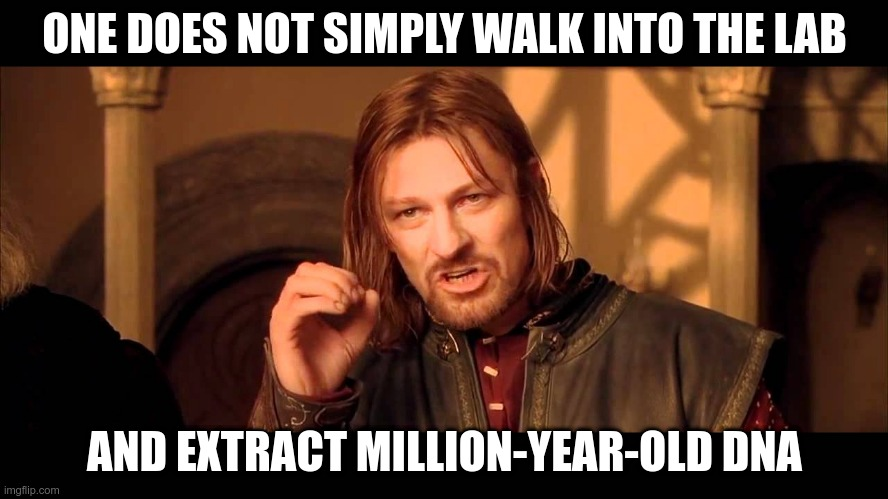 Luckily, similarly as in the Fellowship of the Ring, it was very much a team effort. When my work in the lab and with basic processing of the sequencing data was done, I handed it over to David Díez del Molino, our bioinformatics renegade. David is helping pretty much everyone in the group with bioinformatics and we have been working together for years on the woolly mammoth project. If I were Frodo, he would be my Sam, but I always considered myself more of a Merry or Pippin. And anyways, our Frodo is Tom van der Valk. He took on the responsibility and delivered. Tom can basically do anything and he can do it three times faster than anyone else.

Once David and Tom dived into analyzing the data, the findings started pouring in. In the beginning, Tom spent weeks trying to prove to us that the data couldn’t be possibly real, he failed. We even asked Pete Heintzman to play devil's advocate and see if he can find something wrong. His analyses led us to mercilessly discard all of the hard-earned short reads below 35 base pairs. Oftentimes, the results led to head scratching or directly transitioned to headaches. Much of it didn’t make sense at the first glance. It required redoing everything a gazillion times, sequencing some more (compliments to the new mammoth PhD student, Marianne Dehasque), adding new analyses, inviting skilled collaborators from several other countries, but step by step, the picture was becoming clearer.

We performed molecular dating, both on the mitochondrial and on the nuclear genomes, which along with the phylogenetic position itself, was the best piece of evidence to support the considerable age of our samples. The genetic data inferred ages that largely overlapped with the geological ages, estimated based on the stratigraphic position in which the samples were found in 1970s by the acclaimed Russian palaeontologist, Andrei Sher.

Besides being able to show that it is possible to sequence DNA that is a million years old, we were particularly proud that we could show that it is also possible to use such data to do meaningful research with important scientific contributions. A lot of the initial head-scratching resulted from the fact that we were dealing with a previously unknown genetic lineage of mammoths, which did not want to fit into our worldview, in which one million years ago, only a single species of mammoth existed in Siberia, the steppe mammoth. Just to add another layer of complexity, this previously unknown lineage turned out to form half of the Columbian mammoth’s ancestry. The other half came from a hybridization with woolly mammoths.

Finally, working across such long timescales allowed us to open a window to the exciting point in time when one of the most iconic Ice Age species was coming to be. One of our samples is a 700-thousand-year-old early woolly mammoth. This is the time when we think the species originated and our mammoth, called Chukochya, morphologically fits as its early form. Moreover, having also sequenced a 1.1-million years old specimen called Adycha, which morphologically looks like a steppe mammoth and based on our genetic data is ancestral to woolly mammoths, we had a remarkable opportunity to check when the typical cold adaptations appeared. We found that more than 80% of these were already present in the ancestors of the woolly mammoth, including gene variants coding for hair growth, brown fat deposits, and thermoregulation. This means that these evolved before the woolly mammoth. The mammoth expert in our team, the British palaeontologist Adrian Lister, probably saw it coming because the steppe mammoth already lived in a cold environment, but I felt like Alice in Wonderland.

Maybe this is a good opportunity to end this story. We have opened a new chapter of ancient DNA research and I am excited to see where it will lead us and how far we can go.

Read our paper Million-year-old DNA sheds light on the genomic history of mammoths. 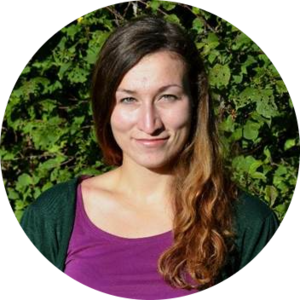