On November 18th, we celebrated LGBTQIA+ STEM Day. However, highlighting diversity and inclusion should be a year-round effort, and requires involvement of individuals outside of the LGBTQIA+ community.

While there are trailblazing role models and scientists within the LGBTQIA+ community, it's worth recognizing that all scientists (regardless of identity) are responsible for promoting diversity and inclusion within STEM. Communications Biology committed to continuing this discussion throughout the year and highlighting underrepresented communities within STEM. As a first step, we asked Editorial Board Members, like Dr. Katie Davis, to weigh in on the importance of maintaining an open research environment.

Dr. Davis is a Lecturer and Researcher at the University of York, England based in the Leverhulme Centre for Anthropocene Biodiversity. Her research group integrates data from phylogeny, fossils, and the geological record to investigate how biota have responded to environmental change through time and how this information can inform knowledge of extinction risk and species’ future responses to climate change.

I'm really proud to work in a department that holds a Gold Athena SWAN award and I genuinely feel that it is a welcoming place to work for everyone. For those not familiar, this is an initiative initially aimed at supporting and advancing women in STEM. While the battle there is still not yet won much progress has been made and Athena SWAN has now been broadened out to address other issues of equality and diversity. One priority is equality for the LGBTQIA+ community, which we are committed to here at York. There are regular events held and visual displays of support that make it clear that York is a place for everyone. In fact, the University's motto is as follows: "A place where we can ALL be ourselves." I think this says everything about the environment we hope to foster here.

On a personal level, I think it is really important to keep working to ensure that any efforts don’t inadvertently “other” individuals or come across as tokenistic, but instead are genuine displays of support. That means that I do my best to listen to what people actually find helpful and, at a fundamental level, remember that everyone is an individual - what makes one person comfortable won't necessarily be the right approach for others. It's sad that we still have to work so hard at ensuring that everyone experiences a safe, respectful and inclusive work environment but we do, and we all have to continue to do our part. We cannot expect people to perform at their best and reach their potential if they feel they have to expend energy hiding a fundamental part of themselves while at work. And yet many of my LGBTQIA+ friends in academia tell me this is exactly what they have to do for fear of discrimination. This has never been acceptable and in 2020 there’s really no excuse.

No one should have to hide who they are to feel accepted at work. And even when people opt not to hide their sexuality/identity, they experience problems. And that’s before we even get to issues of overt discrimination. A friend once explained to me the mental fatigue that accompanies continual correction of people’s assumptions. They explained that they don’t necessarily mind when people assume the sex of their partner (being a scientist, my friend is pragmatic about the assumptions people make) but it comes up surprisingly often in casual conversation and quickly becomes exhausting having to continually correct people -- to the extent that small talk over coffee quickly becomes something to be avoided, rather than a much needed break in the working day. And even now, in 2020, a not insignificant number of people are visibly shocked or surprised when they’re corrected on those assumptions. How can anyone fully function and achieve to their full potential when under this constant low level of stress? People shouldn’t have to hide their sexuality/identity but, having heard this, I’m not surprised that sometimes they do.

Ultimately, no-one is harmed by an equal, respectful and inclusive environment, we all stand to gain from working in accepting and inclusive environments with colleagues who feel accepted and able to reach their potential without fear of retribution just for being themselves. It’s not necessarily easy or straightforward to change decades worth of assumptions and bias but that’s no reason not to try and one day we will have a better society for everyone.

Back to From the editors
Next 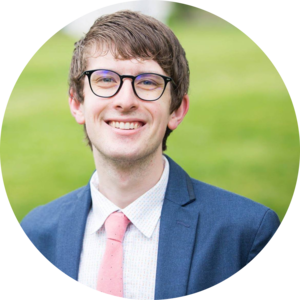 George Inglis
Nature Portfolio Ecology & Evolution Community
We use cookies to help improve your experience. By continuing to browse our website you are consenting to our use of cookies.
Learn more