+1
Gustavo Q Romero and 1 other See all
Professor, State University of Campinas
Follow 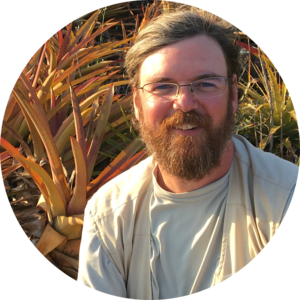 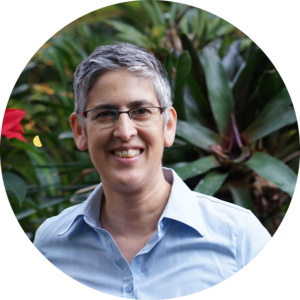 Most climate change experiments are conducted at only one study site, but distributed experiments allow networks of researchers to replicate a standardised experiment across many different field sites. This is a particularly powerful approach to test whether food webs respond consistently to climate change. In 2011, seventeen researchers from around the world, all of whom studied the aquatic food webs in bromeliads, met for the first time to brainstorm about a distributed experiment. We called ourselves the Bromeliad Working Group, and since them our network has grown to include over 50 researchers in 10 different countries.

Members of the Bromeliad Working Group, most of whom participated in the multi-site precipitation experiment 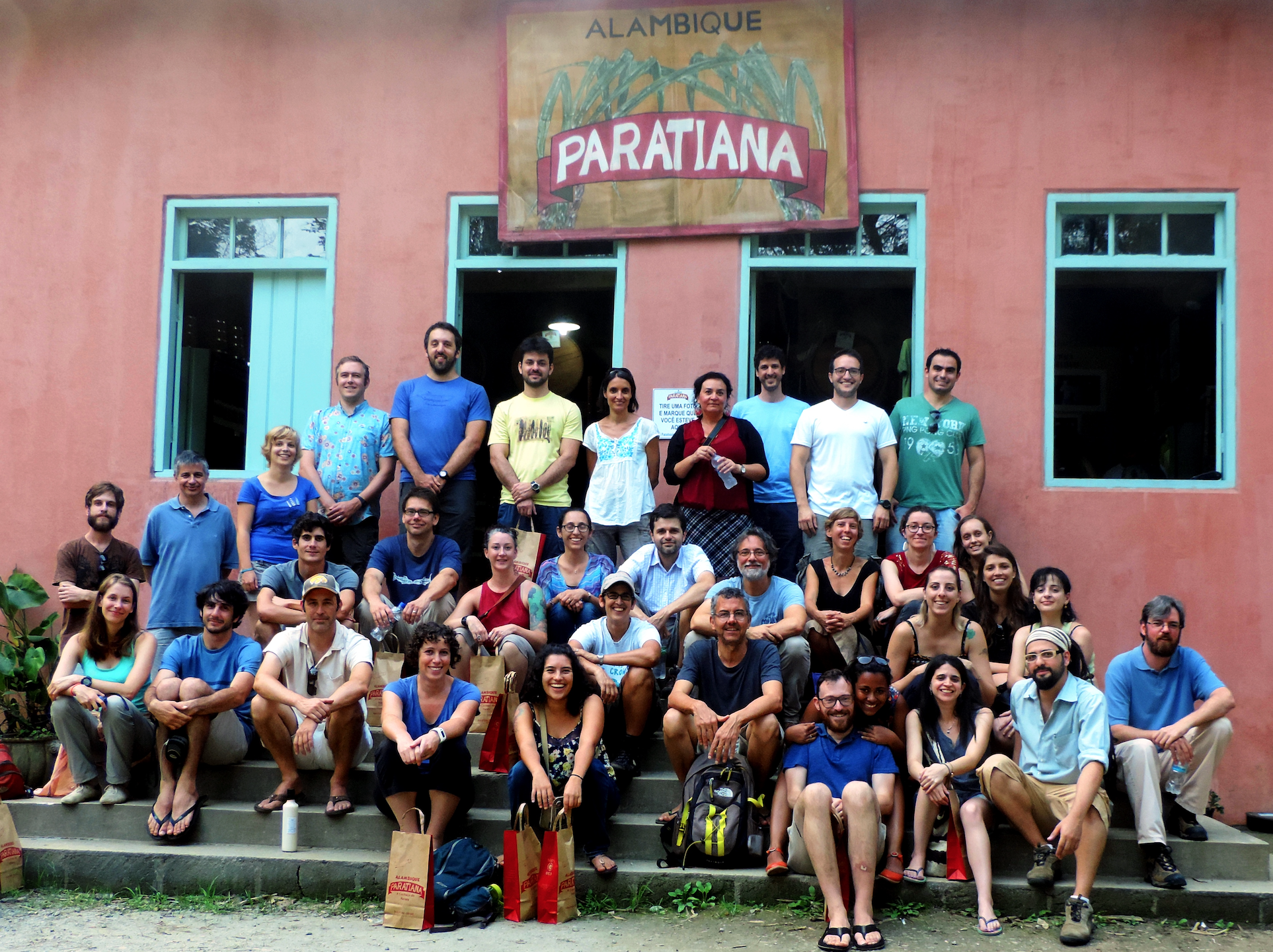 We decided to focus our distributed experiment on the food webs effects of altered precipitation. Climate change is predicted to dramatically alter precipitation regimes and global hydrological cycles. There is a consensus that many regions will suffer severe impacts of increased variability and magnitude of precipitation. These climatic fluctuations can cause extreme hydrological events, such as flooding and drought, which can lead to widespread, though largely unknown, shifts in ecosystem structure and function, particularly in freshwater ecosystems.

Bromeliads are an ideal system for examining food web responses. The aquatic food webs in their tanks are composed of a diverse fauna of predaceous and detritivorous macroinvertebrates, microinvertebrates and micro-organisms. Tank bromeliads are common throughout the Neotropics and because of their small size they are popular as natural microcosms in ecology. 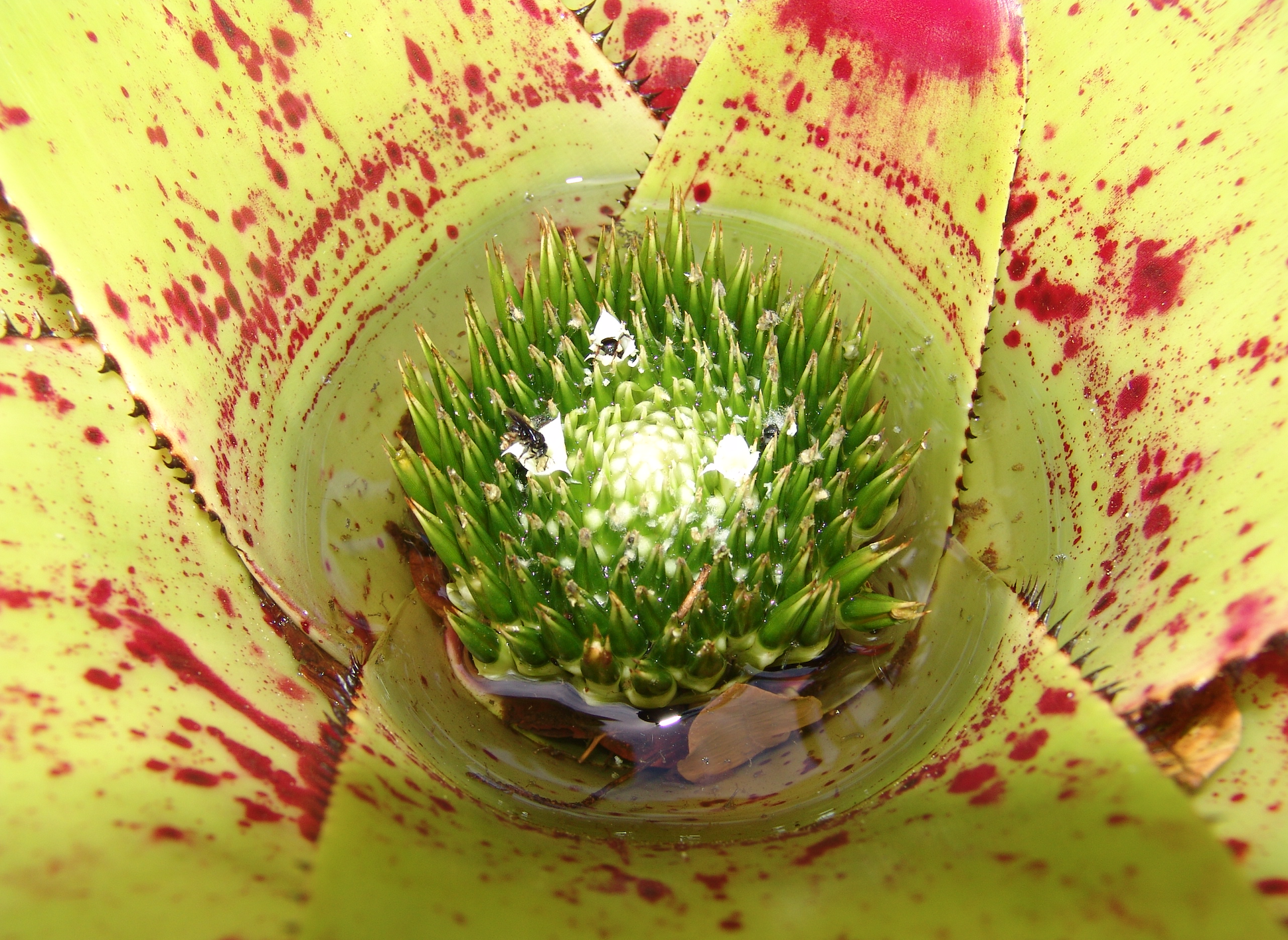 Our goal was to replicate the precipitation experiment in seven sites where we already had established research. To fund all sites, we pooled existing resources and obtained new multi-site grants. Team members Kurt Trzcinski and Juliana Leal travelled between some sites to help with sample collection. We tried different ways to manipulate rain entering the bromeliad, eventually placing each bromeliad under its own rain shelter and handwatering it according to individualised schedules created by Andrew MacDonald and Diane Srivastava. At the end of the experiment, we quantified the aquatic invertebrates in each bromeliad and other aspects of the ecosystem.

Experiment set up in Argentina. 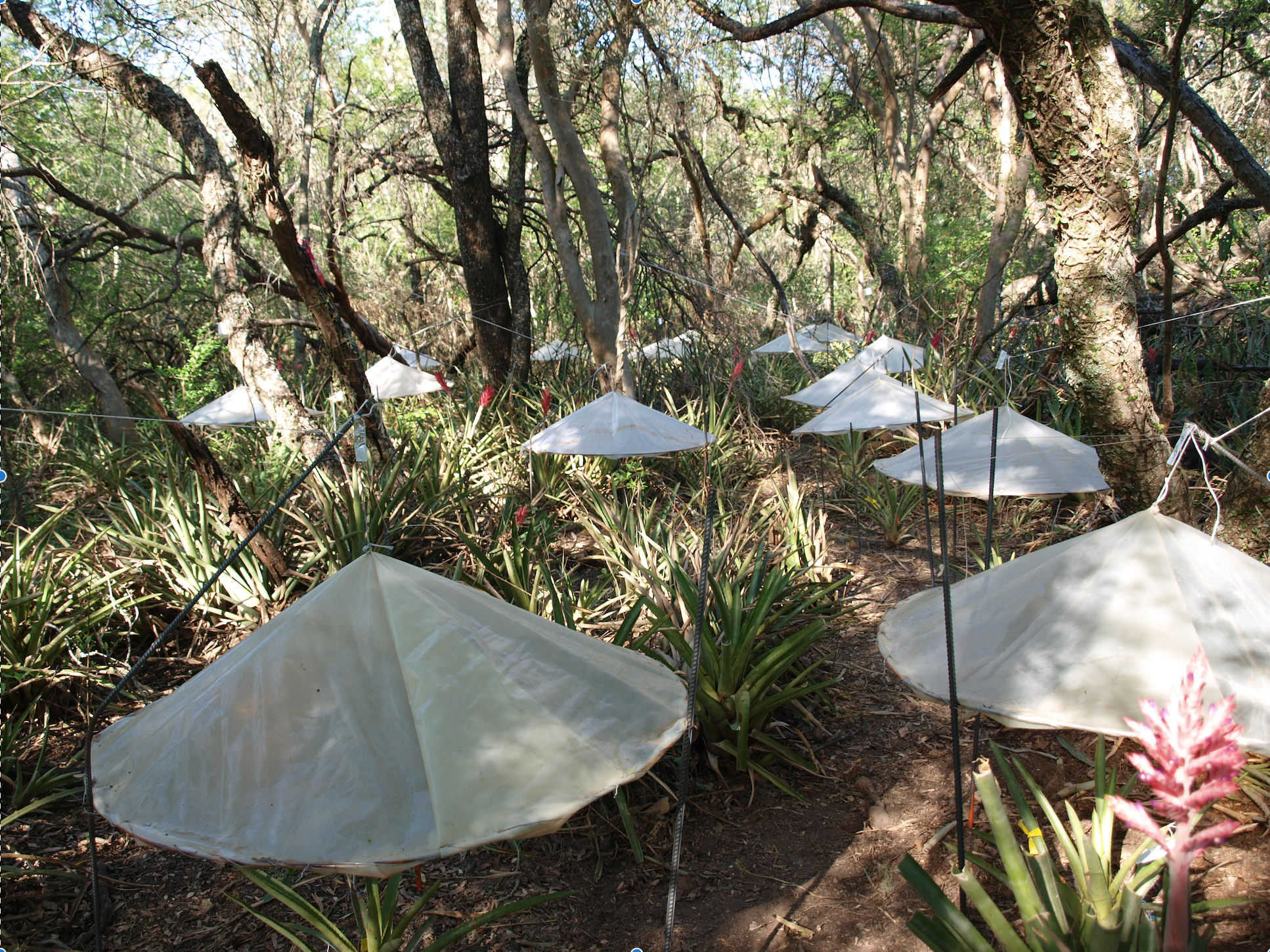 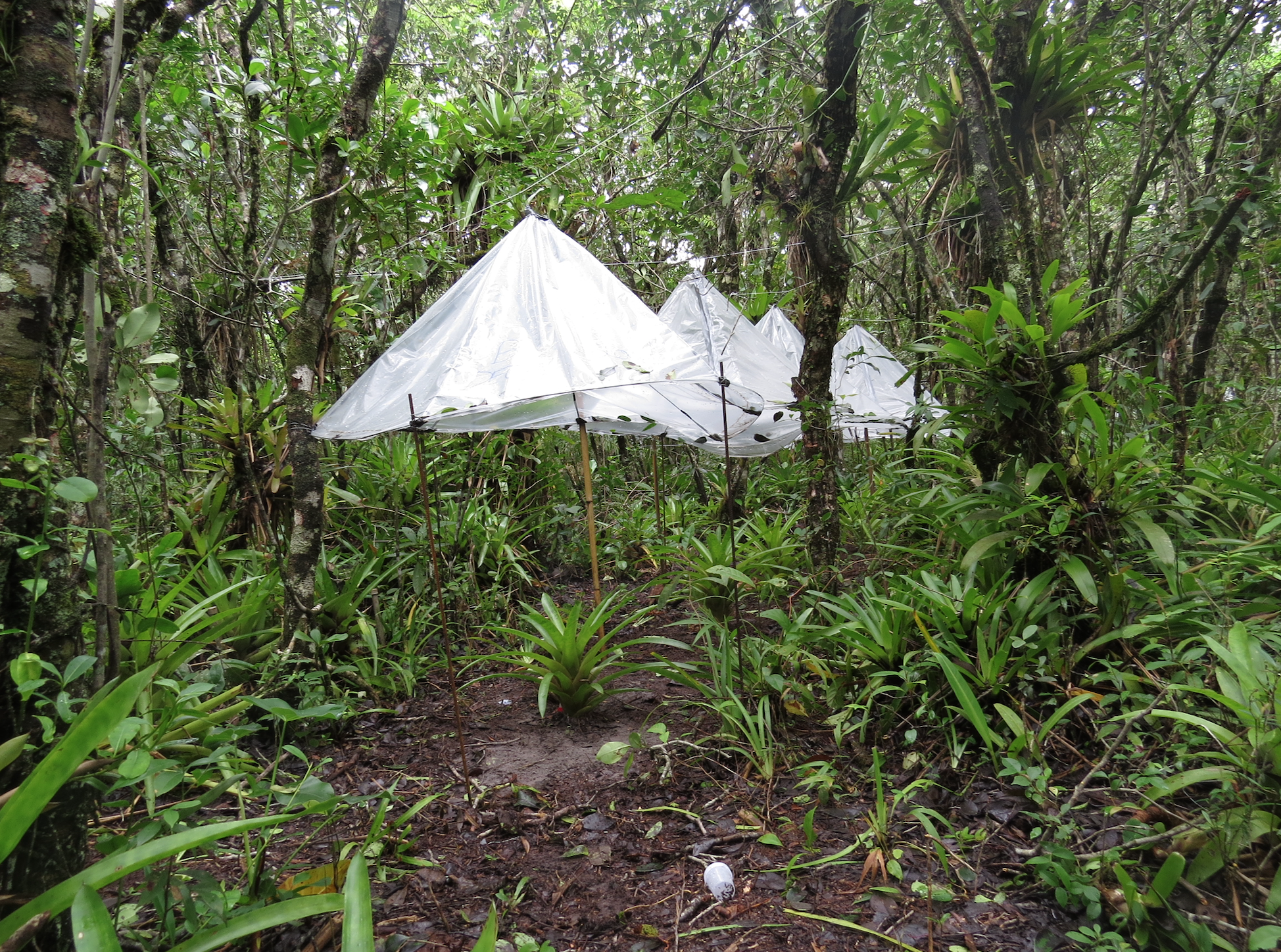 In this study, published in the June 25th issue of Nature Communications, we found that extreme precipitation events and underlying hydrological dynamics influenced each trophic level in a different manner. The biomass of detritivores, often the smaller organisms, were higher under more stable hydrological conditions. In contrast, the biomass of the top predators decreased with increasing rainfall frequency across all sites in a remarkably consistent response, despite large differences between sites in average standing stock and taxonomic composition. Mesopredators were unaffected by rainfall manipulations. As a consequence, biomass pyramids consistently became more top-heavy in many communities under infrequent rainfall conditions.

We think there are several potential mechanisms at play. In hydrologically dynamic systems like bromeliads, top predators might already be better adapted to drought, bouncing back quickly from perturbations. Instead, top predators may be impacted by flooding events, as important basal resources are flushed from the system. Additionally, when rainfall is more infrequent, water levels may drop, concentrating resources and benefitting top predators through higher prey encounter rates. Since top predators are often the largest aquatic organisms in bromeliad ecosystems, they likely have the highest metabolic demands.

These results suggest that we can expect strong changes in food web structure and dynamics in the near future in response to altered rainfall. In transient water bodies, such as small streams, pools, ponds or phytotelmata, this may intensify trophic interactions and result in less stable ecosystems. 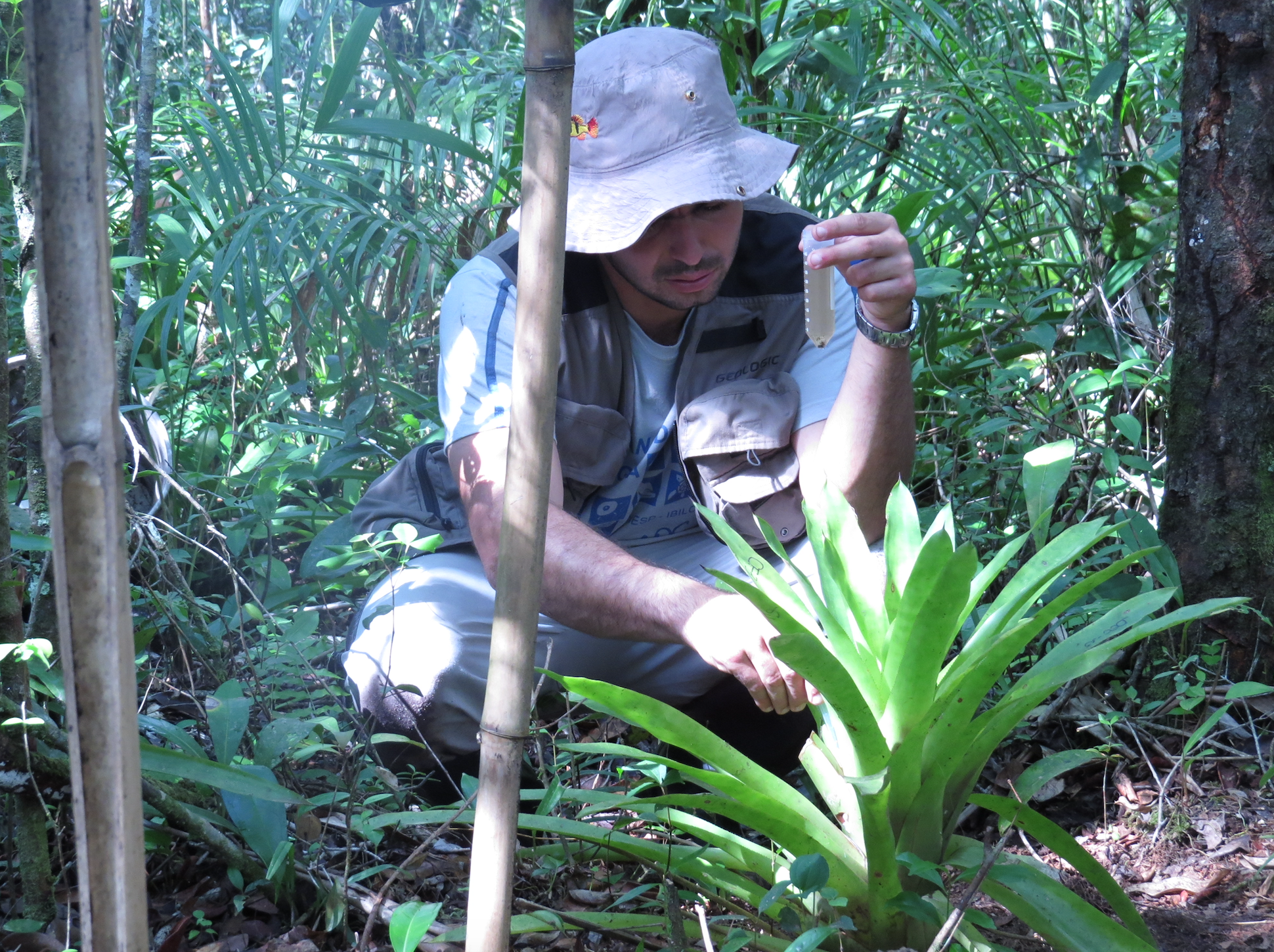 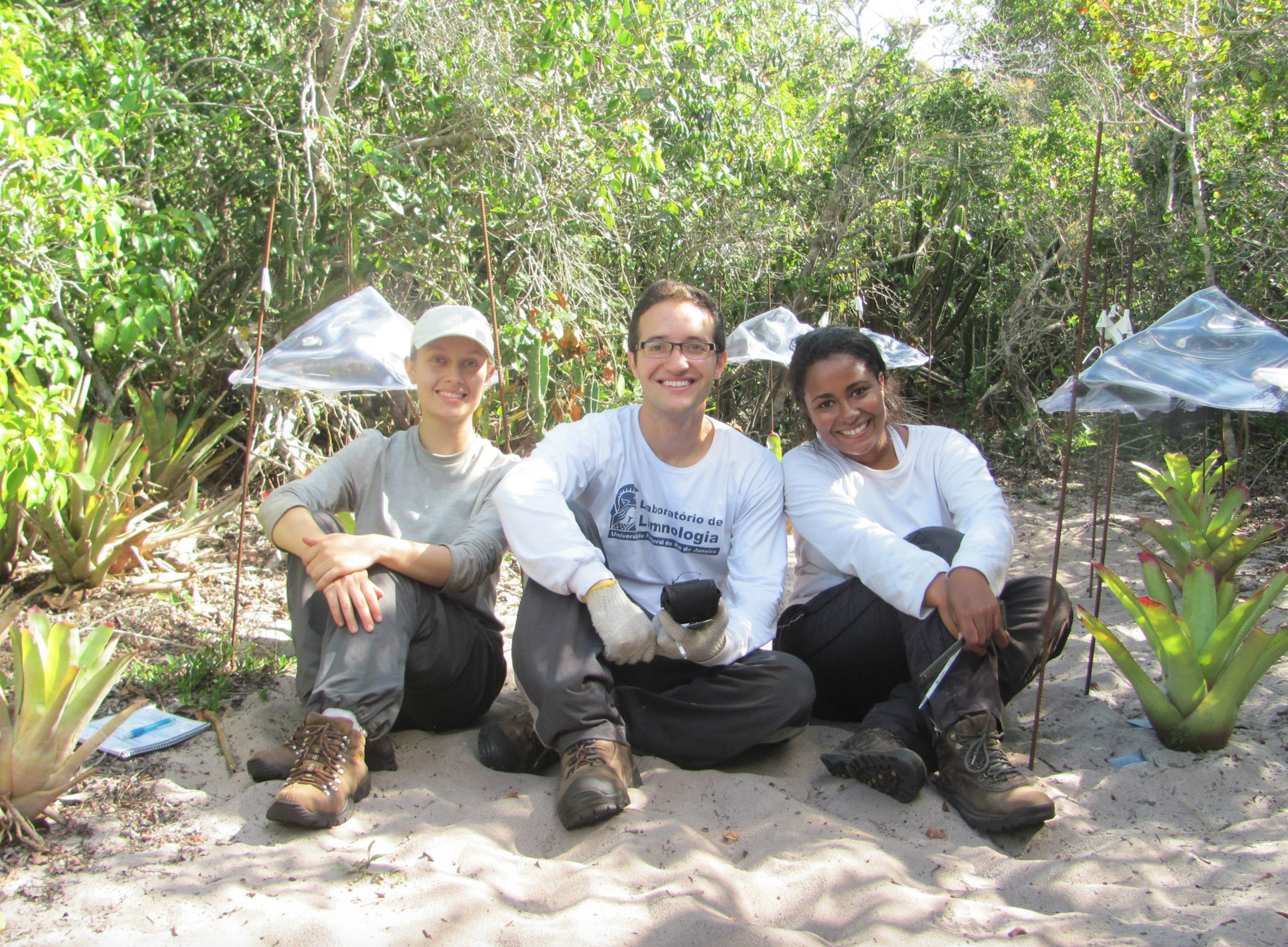 Céline Leroy in the field in French Guiana. 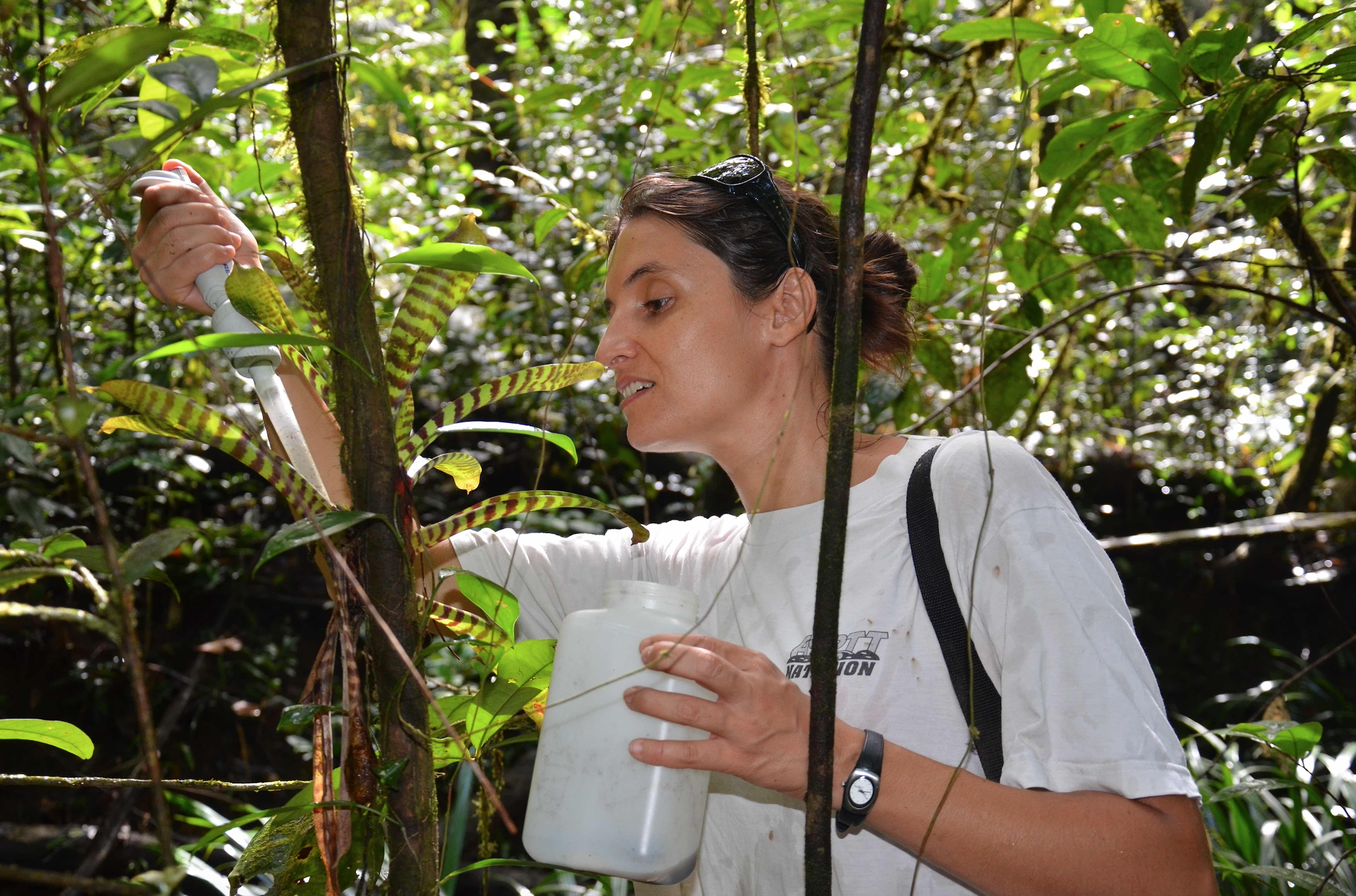 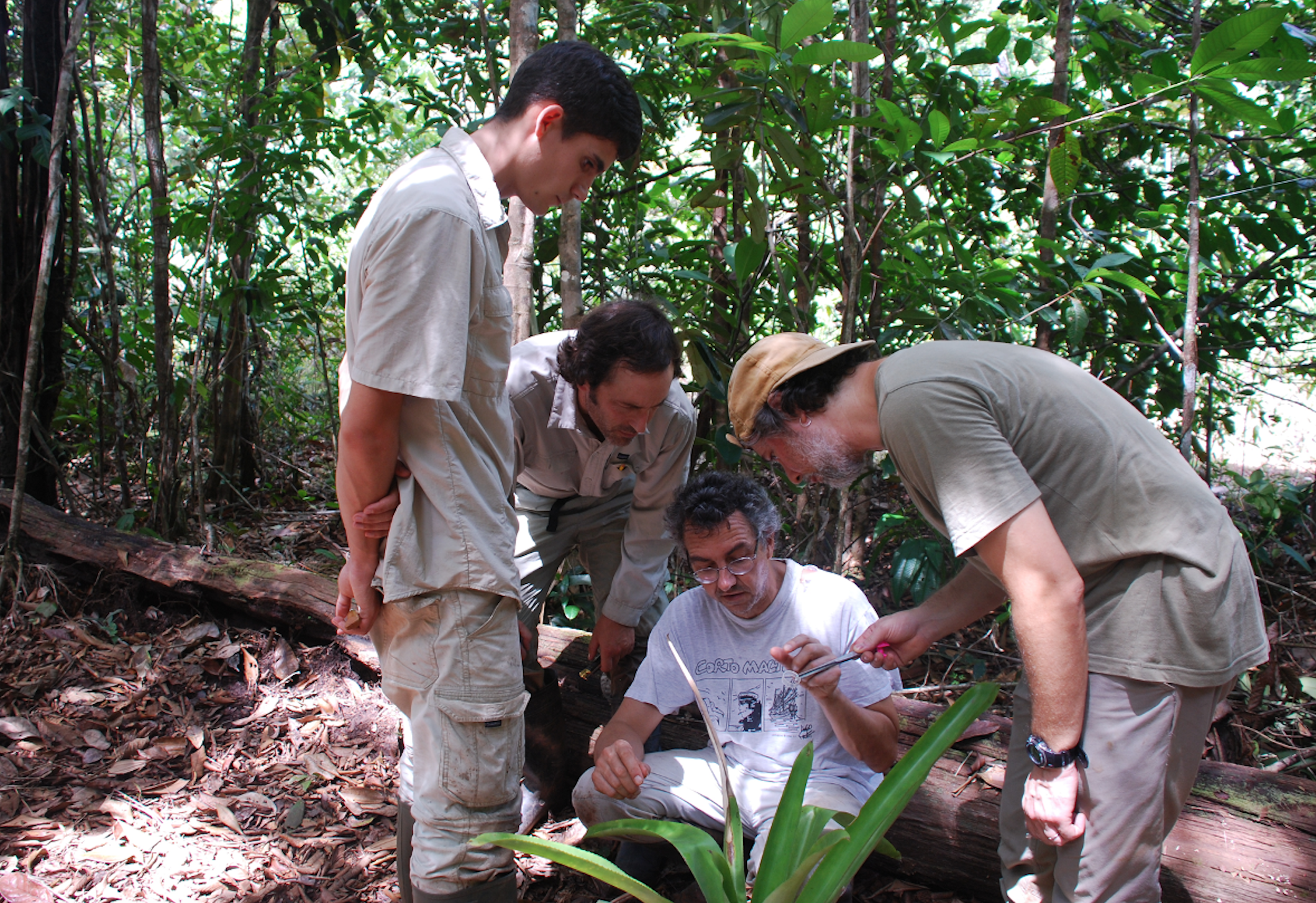 Ignacio Barberis and Rodrigo Freire in the field (Argentina). 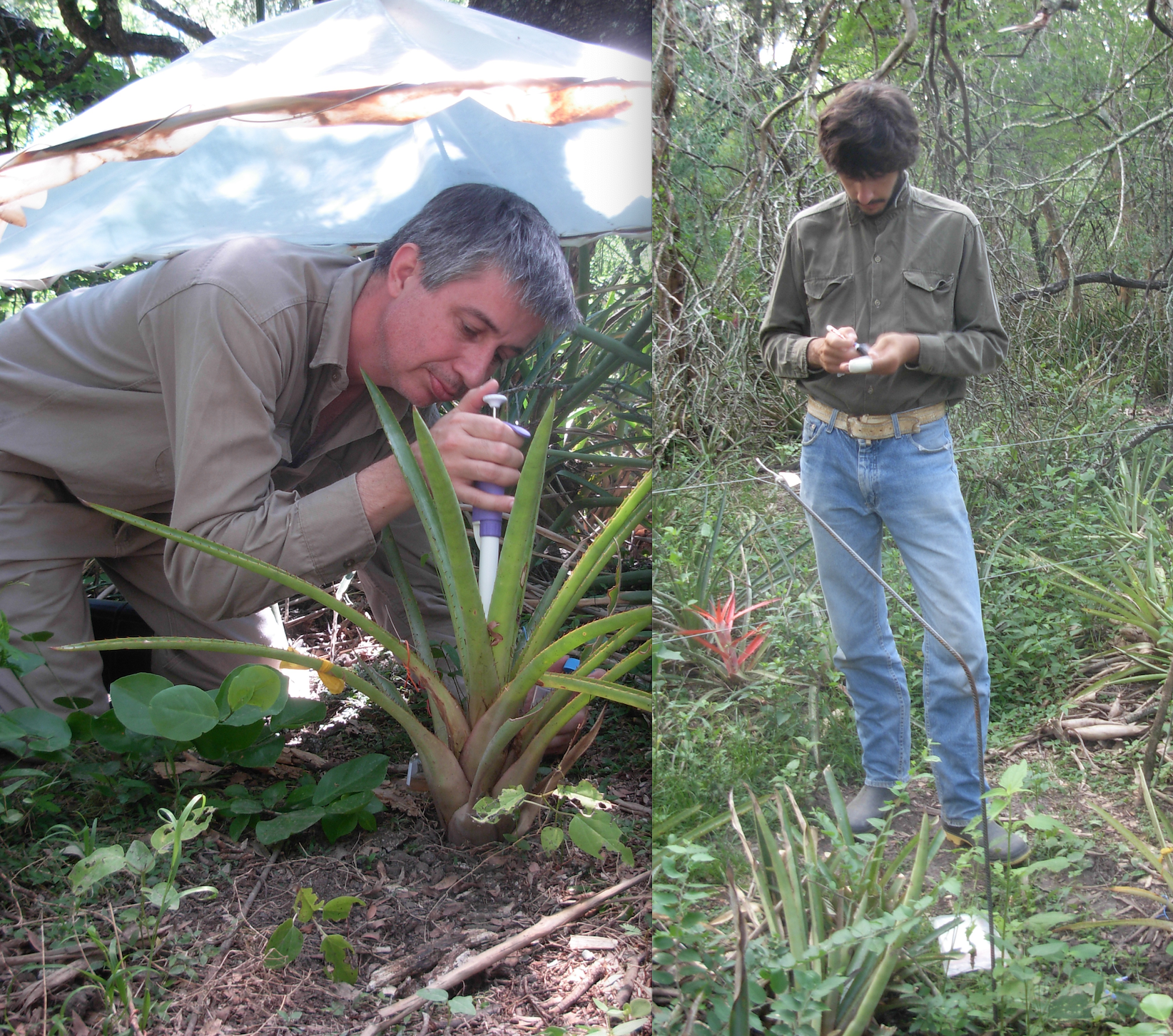 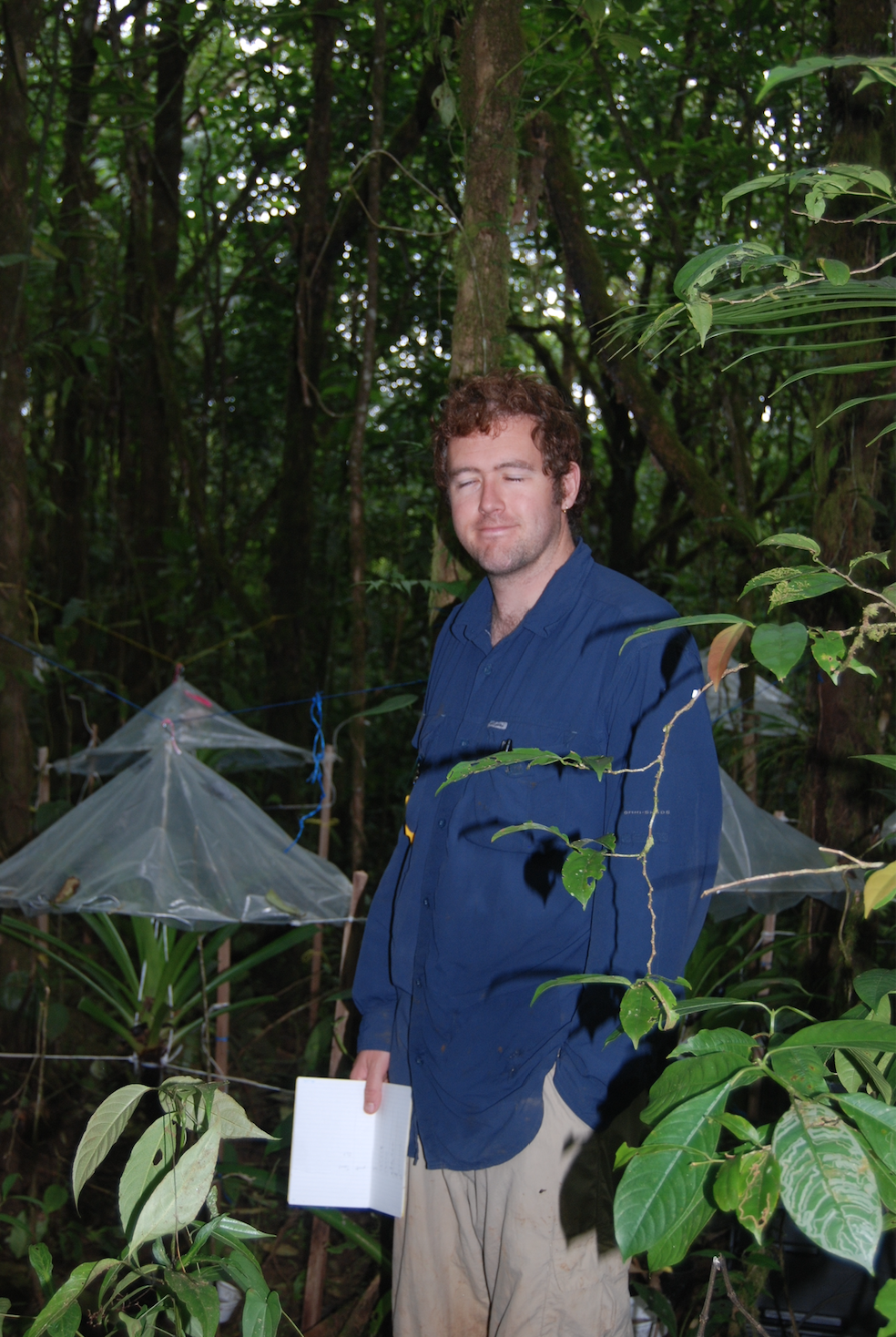 Sunset in Cardoso Island, one of the study sites. Photo credit: PAP Antiqueira 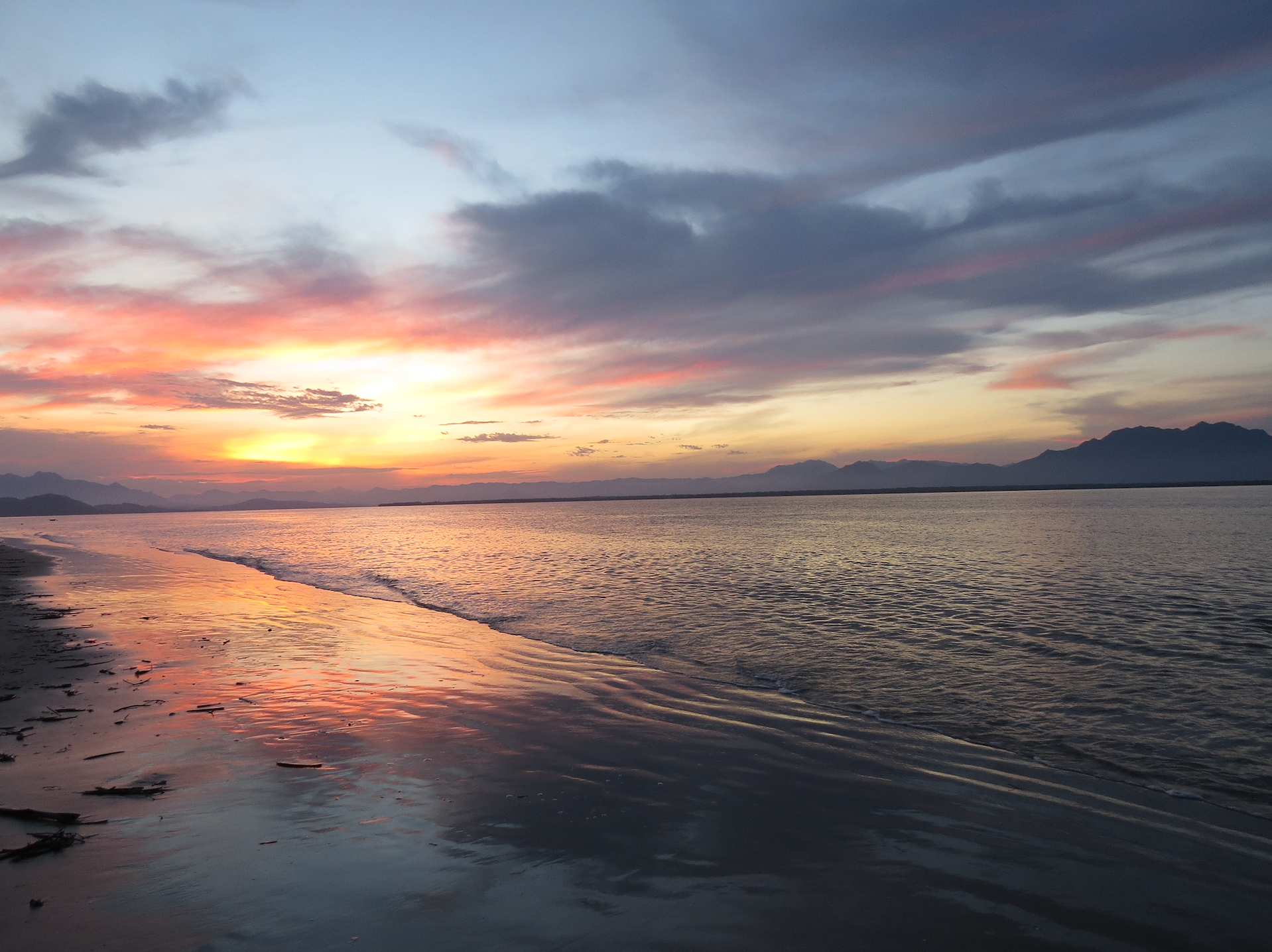