Seeds from the fertile crescent found a safe haven in the Arctic. Today, the seeds are available to plant scientists and farmers around the world.

We knew we took part in something historical when we carried the seed boxes from Syria into the Seed Vault in 2013. The contrast between the quiet polar landscape at Svalbard and the war-torn land the shipment was made from a few days earlier was unfathomable.

This was the rescue operation of the invaluable collection of seeds stored in the international genebank of the International Center for Agricultural Research in the Dry Areas (ICARDA) located in Tel Hadia, outside the city of Aleppo in Syria.

Together with colleagues from ICARDA and the organizations managing the Seed Vault, we are now, seven years later, publishing a Perspective article in Nature Plants documenting the events and analyzing the technical, institutional and policy elements that made it possible.

ICARDA’s genebank holds a collection of invaluable crop diversity, much of it from the cradle of agriculture in the Middle East. This diversity is both a natural and a cultural heritage, representing a tremendous source of genetic traits – genetic resources – for further adapting agriculture and enhancing food security.

The genebank had been among the first to back-up their collections in the Svalbard Global Seed Vault when it opened in 2008 and they continued to send seeds also after the war broke out in 2011. When the last staff was forced to leave the genebank in 2014, they had already planned for retrieving the seeds and restart activities in their new locations in Morocco and Lebanon.

The heroes of this story are the genebank staff at Tel Hadia who persevered under extreme conditions as they were maintaining the core collection, keeping generators running, preparing and shipping seeds out of the war-torn city of Aleppo. After relocating to Morocco and Lebanon, the ICARDA staff has undertaken the enormous task of regenerating and multiplying all the seed samples.

In addition to the dedication and professionalism of those involved, the story shows that international cooperation is essential for safeguarding crop diversity. All countries are interdependent on genetic resources. No country can ‘go it alone’. This international collaboration is underpinned by the United Nation’s Plant Treaty.

The seeds are now available to breeders and plant scientists working with the farmers around the world that are in the frontline of adapting agriculture to climate change and making agri-food systems more sustainable. 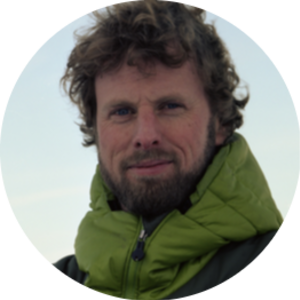