Our paper “Thresholds for ecological responses to global change do not emerge from empirical data” has a long and winding history that – as many projects – started over coffee. 20 years ago, during my postdoc time at Uppsala University and the Erken Laboratory, we discussed how much gradual responses to environmental change dominated in the experiments and field studies we did, which seemed to contradict the use of fixed thresholds for impact assessment and management in environmental policies. Since then, threshold-related concepts received dramatically increasing scientific and societal attention, extending to tipping-points, safe-operating spaces and regime shifts. While being fascinated by these concepts, a nudging question constantly remained: is threshold-transgression a general phenomenon or is it a special cases while most systems show gradually increasing responses to increasing environmental pressures?

Already at the early discussion stage I considered using the information from meta-analyses to tackle this question. Meta-analyses have the advantage that they provide massive data for a certain stressor-response combination, and the stressor intensity comprises future conditions as well (e.g., future warming beyond present temperatures). The latter is important as a reasoning for not observing a threshold was that the pressure level for tipping had not yet been reached.

The idea simmered roughly 10 years in a very remote place of my research agenda, but was kick-started again by meeting different groups of colleagues. First, with Ian Donohue and Jose Montoya, I started to discuss multiple aspects of stability as part of a Tansley group in the UK. Our analysis of the available literature derived from that group (Donohue et al. 2016, Ecology Letters) showed that many policy documents explicitly assume the existence of thresholds but the general evidence beyond case studies was lacking. Based on an reinforced feeling of importance for this topic, I started designing a literature search for relevant meta-analyses, and involved another circle of discussion involving Dorothee Hodapp and Jan Freund. The statistical approaches we used were triggered by these discussions and finally devised by Jan. A third circle of collaborators involved Aleksandra Lewandowska and Stan Harpole, both of them deeply involved in global change experiments, and Michal Kucera giving a long-term paleo-ecological perspective. These discussions all happened in 2016 and after roughly one year we had the data and analyses together. The results clearly showed that only a minority of the meta-analyses showed distribution of the effect sizes conforming to threshold transgressions.

The first submission received excited, positive and critical reviews. The two most critical comments related to the interpretation of the data and the sensitivity of the methods we used. To the former, the reviewers rightfully remarked that that the lack of evidence for thresholds is not evidence of their absence, which let to a more careful interpretation. The latter turned out to be non-trivial until Julian Merder, a PhD student at U Oldenburg, became interested in this project and joined. He not only programmed (together with Jan Freund) the different model scenarios with and without thresholds, but also compared the information theory approach we used to a more classical approach (quantile general additive modeling, qGAM). The results were more than just a sensitivity analysis: In the simulations we actually know whether and where a threshold is crossed, and finding that these can be detected with our methods, but disappear in noisy data resulted in a much stronger conclusions for our paper.

Retrospectively, it has been a long way, but the time it took was useful, as it is a joint effort of a group of co-authors I really like to work with. The published article is now available here https://www.nature.com/articles/s41559-020-1256-9 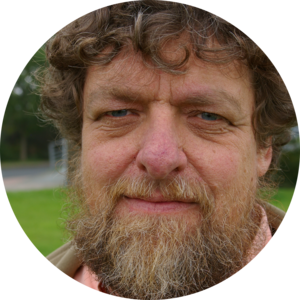