In 2010, TIME magazine published an issue headlining, “Why your DNA isn’t your destiny.” The premise that health is not predetermined but, rather, depends on an individual’s experiences, aroused enthusiastic public discourse. In a nod to the notion that experiences matter but are often beyond our control, Robert Sapolsky advises not to make the mistake of being born poor, or you can expect a life of health problems (1). To this I would add, also avoid being born without caring parents or friends.

As a behavioral ecologist and evolutionary biologist, I spend time pondering when, how, and to what extent variation in experiences shape behavior, health, and fitness outcomes. I am also a (relatively new) parent and note, feeling a mix of excitement and anxiety, the refrain that children respond to their parents while teenagers indulge their peers. At the intersection of my scientific and personal interests is developmental plasticity – i.e., that variability in phenotype is, in part, attributable to past experience (2).

The concept of developmental plasticity is a cornerstone of the current research, in which my collaborators and I tested the hypotheses that early social and ecological factors are determinants of adverse stress phenotypes later in life, and that these relationships are mediated by DNA methylation, an epigenetic modification that responds to the environment and influences gene expression (3, 4). Although it is well-established that experiences shape health (5), our work aimed to assimilate methods from life-course epidemiology in order to untangled the effects of type and timing of early experiences on phenotype across multiple life stages.

In our paper titled, “Early-life social experience affects offspring DNA methylation and later life stress phenotype”, we used data from wild spotted hyenas (Crocuta crocuta) living in Kenya to ask a couple of questions on the topic of developmental plasticity. Firstly, we wanted to know if maternal care and social connections with group mates during the first years of life were determinants of adult stress. Second, we were interested to understand the extent to which there were molecular mechanisms linking early experience with future phenotypes.

The Masai Mara Hyena Project: a one-of-a-kind study system. To set the stage, it is critical to know that this research was only possible thanks to the Masai Mara Hyena project. This project, started by Kay E. Holekamp and Laura Smale in the 1980s, is an invaluable resource for studying animal behavior, evolution, and conservation. Thanks to the foresight of Drs. Holekamp and Smale, uninterrupted data collection has taken place over 30+ years in what turns out to be an ideal setting for observing behavior and testing hypotheses in wild animals. 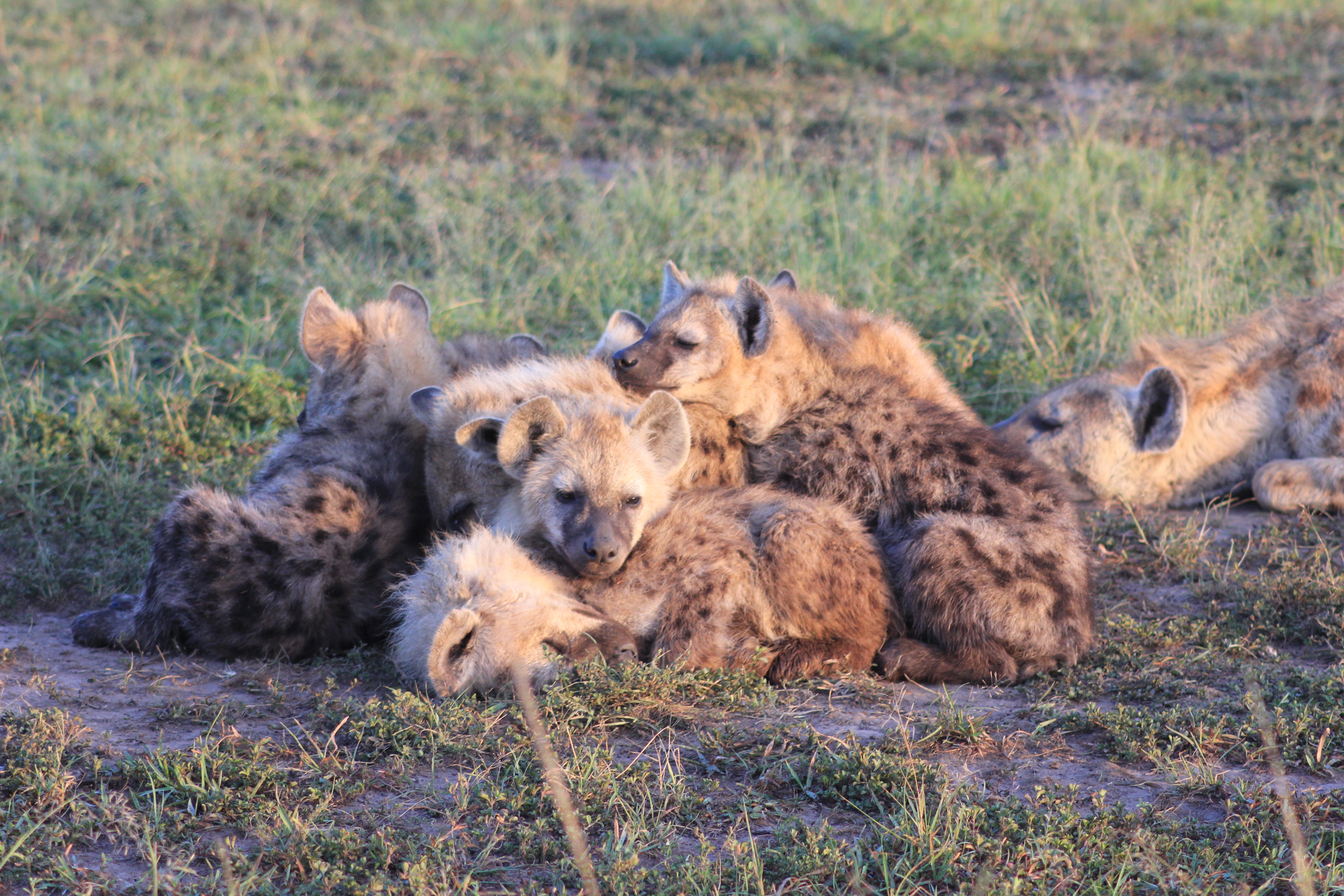 Then, there are the hyenas. Although sadly demonized, hyenas are an excellent study system in which to address our research questions. These gregarious animals exhibit a range of social behaviors, including an extended period of“mothering” during which mothers nurse, groom, and tend to their cubs for the first two years of life (6, 7) – a period comparable to infancy through adolescence in humans. Additionally, hyenas live in linear, stable social hierarchies that determine access to resources (8), and fitness (9, 10), making their relative ranks quantifiable and to some extent comparable to socio-economic status (SES). Finally, their long lifespans allowed us to study how early experiences affect biology several years later. 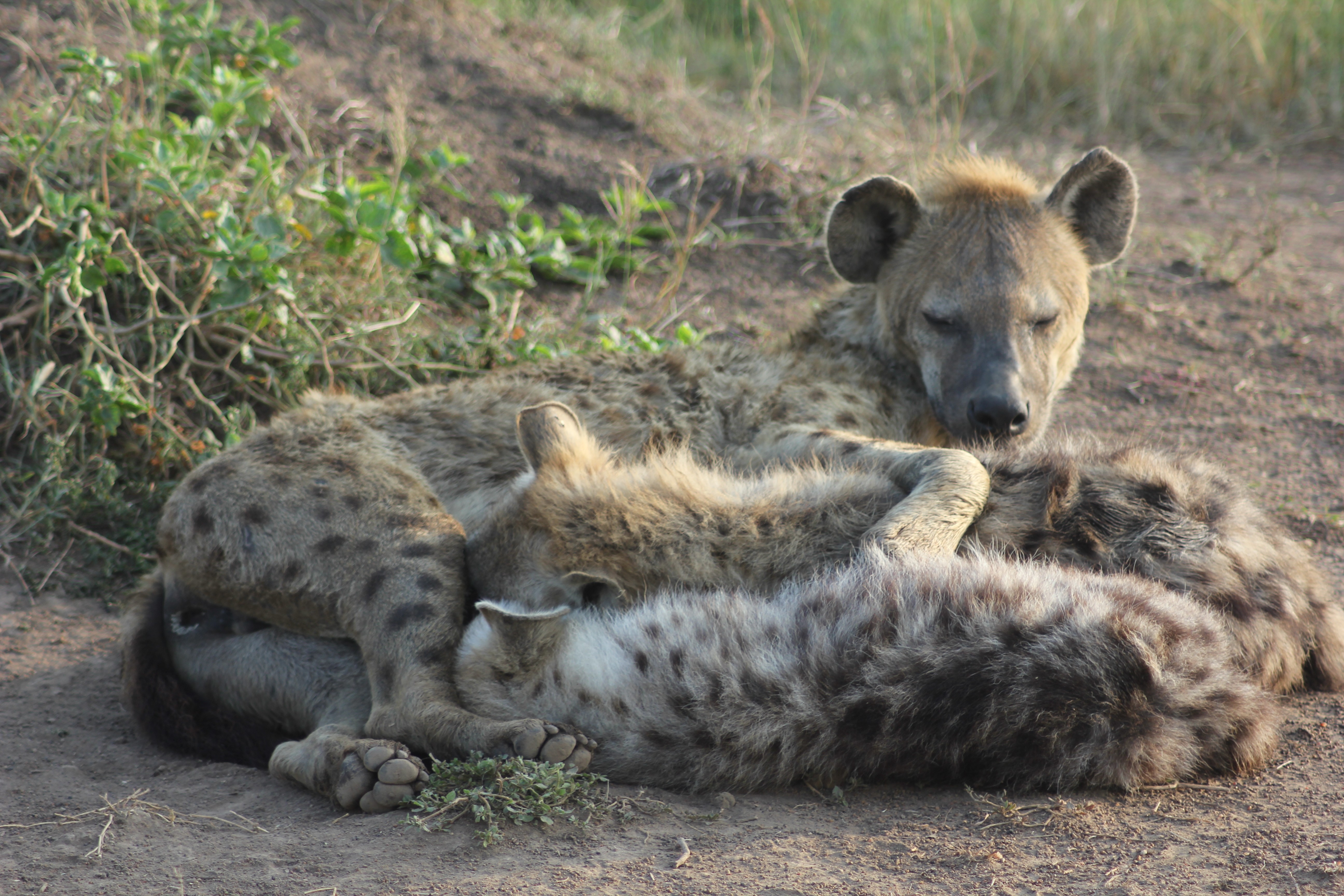 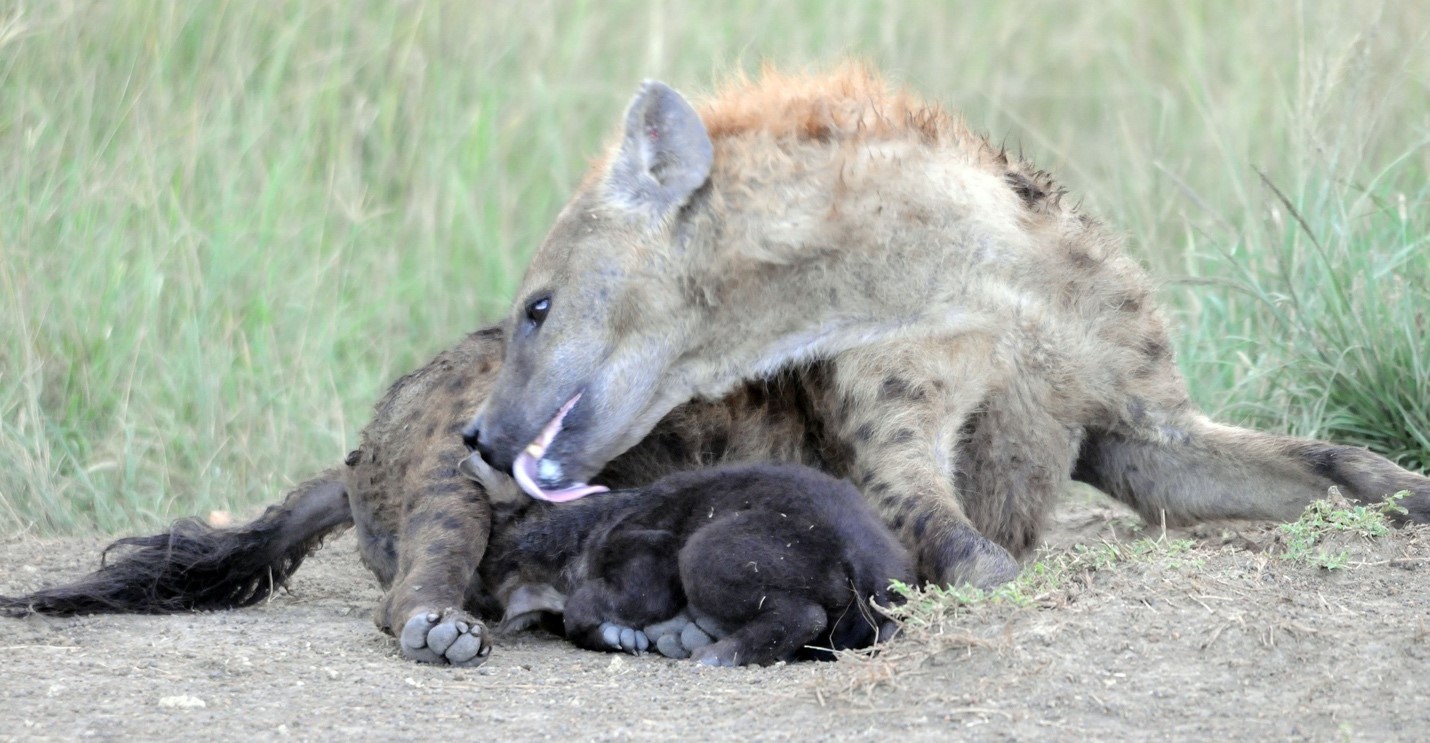 Our results do not stand alone. Previously, we identified differential patterns of DNA methylation related to maternal social rank in hyenas (11) and socio-economic status in humans (12). Independently, other research groups have similarly reported how early life experience and social status affect not only patterns of DNA methylation but also future health outcomes and phenotypes. While there are too many research groups to name here, these kinds of results link evolutionary biology of diverse taxa with human health, including the Developmental Origins of Health and Disease (DOHaD) field. Taken together, there is a growing body of evidence that suggests both the type and the timing of experiences matter, and that this pattern extend across the tree of life well beyond the human lineage.

Of hyenas and humans. When I tell people about this research with hyenas, I field questions on the relevance of these carnivores to our own species. At minimum, the type and timing of early experiences have profound and persistent effects on phenotypes and health in both hyenas and humans. Further, early social experiences may “get under the skin” via DNA methylation of pathways involved in basic biological processes like inflammation. Although DNA methylation is particularly plastic during early life, before the epigenome is subject to systematic modifications from external factors and random errors, some DNA methylation modifications persist and represent one way in which experiences shape future phenotype.

While contemplating the power of experience, I think of a passage from John Steinbeck’s Of Mice and Men (13), “A guy needs somebody―to be near him. A guy goes nuts if he ain’t got nobody.” This dialogue on the importance of social connections profoundly concludes, “I tell ya, I tell ya a guy gets too lonely an’ he gets sick.” Steinbeck’s musing is bolstered by a body of scientific data suggesting that variation in health and fitness reflects social experience and inequality. Given that developmental plasticity shapes phenotypes upon which natural selection acts and perpetuates the effects of experiences on generations to come, I – as a scientist and as a parent – am encouraged by a shift in attention from experiences of our own that we often cannot control to improving experiences of others. In a glimmer of hope, I am optimistic that society is updating Dr. Sapolsky’s message: do not make the mistake of letting our neighbors or children be born lonely or poor. 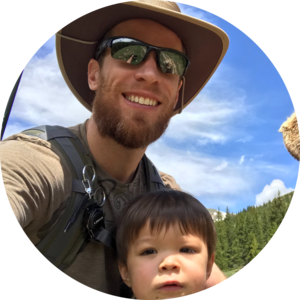