Microplastic pollution threatens many marine species, here we dive into its occurrence in demersal shark species found off the coast of the UK.

Plastic pollution. Two words that seem to have dominated the front of our newspapers and television screens ever since David Attenborough’s groundbreaking BBC documentary series Blue planet II hit our screens a few years ago. The problem has been around for decades, but has seen a significant spike in interest, and consequently research, over the last 10 years. We now know that microplastic pollution is ubiquitous in the marine environment, impacting a multitude of ocean fauna, with much research focusing on its impact on turtles and cetaceans. Sharks, however, remain relatively understudied in regard to their interaction with plastic pollution and these knowledge gaps sparked the interest of our research team here at the University of Exeter.

UK shark species are relatively forgotten about in the global theatre of sharks, with many native Brits unaware that the UK is home to over 30 different species of shark. One of the most forgotten groups of sharks in the UK are known as demersal sharks, who live and feed along the bottom of the ocean. These endemic shark species play an important predatory role in the temperate waters off the coast of the British Isles and our researchers were keen to decipher if they were another species to add to the ever-growing list that are impacted by microplastic pollution, or if they were even impacted at all. 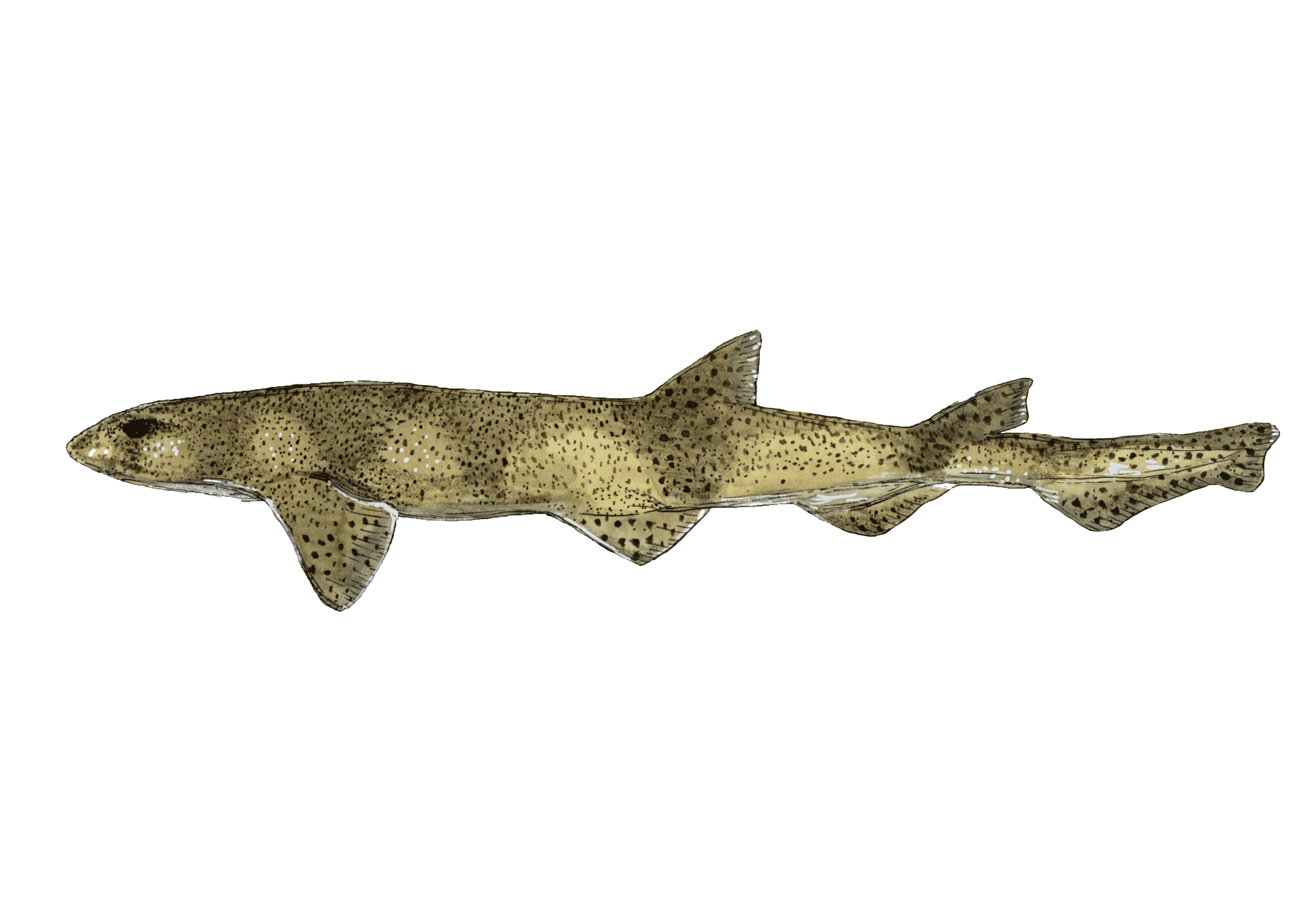 The lesser-spotted dogfish (Scyliorhinus canicula) is a commonly found demersal shark species across the British Isles. Illustration by Lucie Jones.

By collaborating with local fishers, who incidentally capture these species in demersal fisheries as bycatch, we were able to obtain valuable data on the occurrence of contaminant particles within these shark species. Using sophisticated laser spectrography equipment (FT-IR) we were able to determine the polymer make-up of the identified contaminants, revealing that not only are these sharks consuming true microplastic compounds, but also anthropogenic fibres possibly originating from human clothing.

A blue anthropogenic fibre, found in one of the shark species analysed in the study, likely originating from textiles.

It remains to be seen whether these fibres have the potential to cause damage to these shark species at a molecular level via the transfer of inorganic-pollutants attached to the fibres. However, with an increasing demand for these fibres globally, their pervasiveness in the marine environment looks set to continue in the years to come, and consequently our research focus must delve deeper into the side-effects of anthropogenic fibre consumption, not only for sharks, but all marine species. 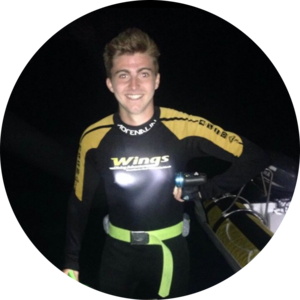