Antibiotics play a central role in our fight against pathogenic bacteria, having saved countless lives and dramatically improved our life expectancy. However, the rapid ability to evolve resistance in many bacterial populations, due to their large numbers and fast growth, makes the battle uneven. 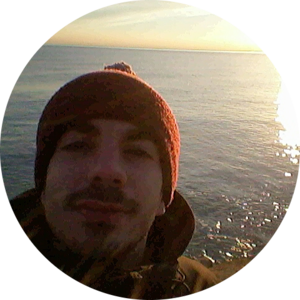 Antibiotic resistance (AR) currently represents one of the most severe health threats for the treatment of human infections and our lab has been looking into this problem from an evolutionary perspective. In this context, the fitness cost, paid by bacteria when they acquire AR, is crucial to the success of strategies to lower resistance, such as suspending the treatment with certain antibiotics. The majority of the studies measuring the cost of AR were based on simple laboratory environments lacking potentially important factors to what may happen inside real hosts. A key reservoir of resistance is the intestine which harbors a rich microbial community known by microbiota. How does the cost of antibiotic resistance look like in a gut compared to what is measured in a Petri dish? was the main question in this study.

Our initial task was to measure the fitness of E. coli resistant mutants in the gut and ask if it was higher or smaller than what we had studied in vitro. However, as soon as we started counting bacterial colonies from the feces of mice we realized how naïve we had been. The fitness effect of each resistance was measurable in each host but highly variable across them. In some cases, a given AR mutation could lead to a decrease of fitness inside a mouse but an increase inside another mouse. The mice, even being genetically identical and eating the same food, were much more than a furry Petri-dish! Could it be that other species in the gut were modulating the observed variation? The initial frustration eventually changed with the outcome of the experiment with mice devoid of microbiota: in the absence of other species the fitness cost of resistance is the same in all hosts. We also observed a reduction in fitness variation across mice which shared microbiota, further supporting a role of gut microbes in the fate of resistant bacteria.

How could the microbiota be responsible for this? A theoretical approach helped illuminating the path for the possible causes of the observed variation. Modeling competition for resources, a process likely pervasive inside the gut, revealed the conditions that could recreate the observed patterns. The model also forced us to pay attention to time. The short-term fitness effect of a resistance does not necessarily determine its long-term fate: after an antibiotic treatment, the microbiota gets out-of-equilibrium and specific ecological opportunities can impulse mutants up in frequency even if much later pulling them down. The theory was clear in its predictions: if the resistant mutations affect bacteria metabolism for different resources, as in vitro experiments had shown, their fate should drastically vary over time as a consequence of the ecological state of the microbiota. This prediction was indeed consistent with a longer-term analysis of the ecosystem and the time-dependent appearance of compensatory mutations observed in new experiments.

By the end of our work, we were convinced that selection on certain antibiotic resistances can be strongly shaped by the surrounding biotic environment, whose dynamic composition personalizes the fitness effect of resistance. One often designs experiments to reduce variation in order to understand the main cause of important phenomena but our findings show how important it is to embrace the variation emerging in more natural scenarios as a result.

*The poster image and the figure's individual elements were illustrated by @joana_gcc.