Whether and how “information” is actively selected in biological systems is still matter of debate. Because they function as information carriers, animal communication signals can provide models to understand the evolution of information and its underlying mechanisms. 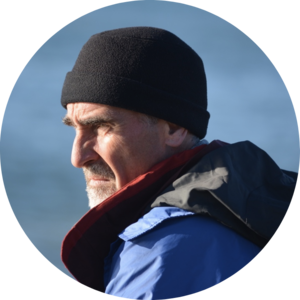 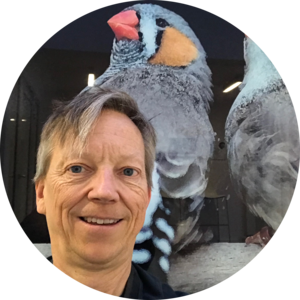 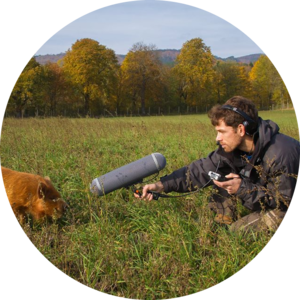 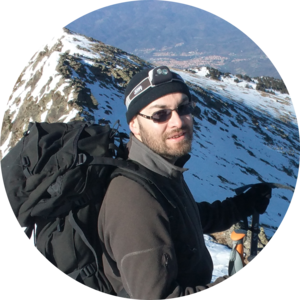 As bioacousticians, we have always been fascinated by the diversity of animal sounds. How do animals produce and perceive their vocalizations and other acoustic signals? To what extent does natural vs. sexual selection shape a specific signal structure? Although many studies have addressed these questions, we realized that no one had ever tried to reconstruct the evolutionary history of information during the signal diversification that usually accompanies species radiation. You might think: “This was a weird idea. Information encoded by acoustic signals does not fossilize!”. You’re right… yet we decided to take up the challenge.

The concept of “information” has been debated for ages. In 1949, Claude Shannon and Warren Weaver formalized The Mathematical Theory of Communication which aimed to predict the amount of information transferred in a signal. Although developed primarily for telecommunication engineers, this theory revolutionized our understanding of animal communication. For the first time, it became possible to quantify the amount of information encoded in an animal signal and this tool would allow us decades later to add an evolutionary perspective to it.

Choosing the biological model was a delicate matter. At the ENES Lab in Saint-Etienne (France), Nicolas Mathevon was thinking about the songs of warblers, but with his colleague Frédéric Sèbe, they thought that the complexity and diversity of these vocalizations would be a potential obstacle to correctly measure the amount of information encoding species identity. During a brain storming session (between two doors to be honest), Fred suggested to focus on woodpeckers: “Woodpeckers are fascinating you know! Their drumming signal is used to communicate species identity, and is quite simple to describe acoustically.” Sold! 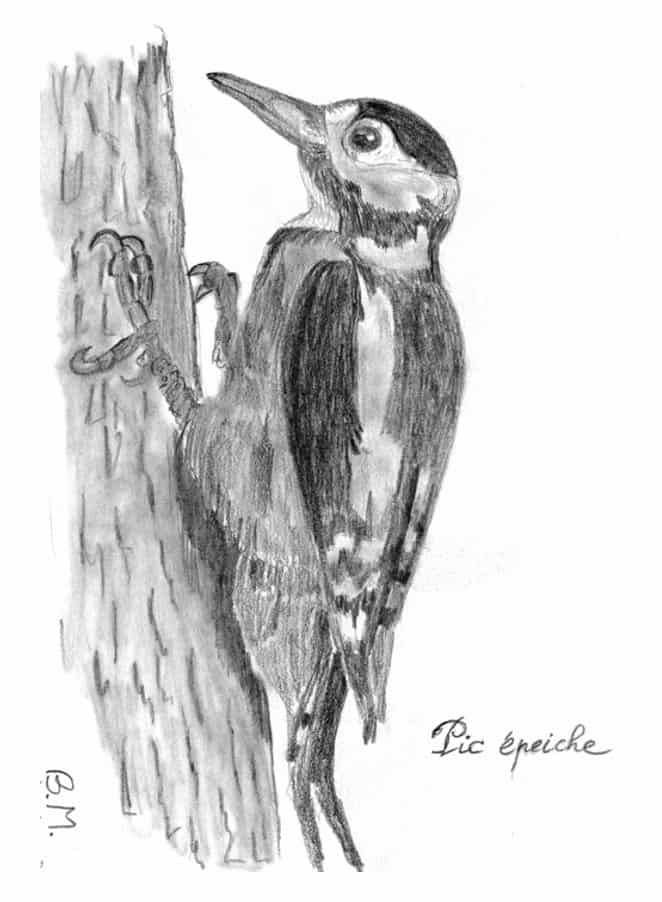 Great spotted woodpecker Dendrocopos major, the key species which allowed us to experimentally test our hypotheses. Drawing credits: B. Mathevon.

The next step was to set up a multidisciplinary team of experts, initiated by Maxime Garcia as he started as a newly recruited postdoc at the ENES lab. Nicolas was already collaborating with his friend Frédéric Theunissen from UC Berkeley, and it was obvious that his combined expertise in information computation, signal processing and acoustics were essential. Jérôme Fuchs from the Museum of Natural History in Paris had just published a new phylogeny of woodpeckers and was immediately enthusiastic. He recommended Julien Clavel as an expert in evolutionary biology. Thibaut Marin-Cudraz was already working on signal processing at the ENES lab, and as a rhythm expert, Andrea Ravignani was ideally suited to work on the drumming acoustic structure. A few months later, the team was up!

Spanning 5 years from the birth of the idea to its publication, this huge work is essentially the result from a blend of diverse expertise. We combined acoustic analyses, information theoretic calculation, evolutionary reconstructions, investigations at the level of ecological communities as well as field playback experiments with both natural and re-synthetized signals. The overarching goals of the study were to test whether signal structure has evolved to increase species-specific information during clade radiation, and whether drumming signals provide sufficient discriminative power between woodpecker species.

Indeed, after 3 months spent following and testing great spotted woodpeckers in the field, we obtained experimental evidence that species recognition is effective between sympatric species. Although historical contingencies lead to a strong phylogenetic signal on drumming structure, they are actually balanced by ecological arrangements: it is potentially foraging niche exclusion between closely related species (which share similar drumming patterns) that relaxes selective pressures towards signal divergence, i.e. towards an increase in species identity information.

Let’s now speculate a bit! Drumming seems to have exapted from a foraging behavior and, by gaining structure and stereotypy, has acquired some informative value over evolutionary time. Could it be that we are currently observing an ongoing acquisition of information, thereby offering a live snapshot into evolutionary processes? Only time will tell…