Coral reefs are currently facing numerous disturbances that have multiple and mixed components of natural and anthropogenic factors at a local and global scale (i.e., climate change, human activity, and land-use change). Annual mean precipitation in the high latitudes and the equatorial Pacific are likely to increase, and extreme precipitation events will very likely become more intense and more frequent. The intensity of human activities is also expected to increase, which would exacerbate sediment and nutrient runoff to the coral reefs. Despite this situation, there are many coastal areas in tropics and subtropics where periodic monitoring surveys and in situ environmental data are not available. While, a massive reef-building coral skeleton (e.g., Porites sp.) has the long-term archives of environmental change, and they should be a useful tool for the quantitative evaluation for the impact of the reef disturbance and coral calcification response.

In October 2014, the members of Coral Reef Environmental Earth Sciences Lab (CREES, Hokkaido University) and KIKAI institute for coral reef sciences gathered at Sumiyo town, Amami-Oshima Island, Japan. Our purpose of this fieldwork was to collect the living reef-building coral core (Porites sp.) at Sumiyo Bay. The Sumiyo River and Yakugachi River run to Sumiyo Bay, and a mangrove forest covers the estuary. These rivers have caused river flooding four times (June 1977, September 1990, August 1991, and October 2010) in the past 46 years. The localized heavy rainfall events or the river flooding events caused a large amount of sediment and freshwater input into the coral reefs. Despite such a situation, in situ data on rivers, estuaries, and bay (e.g., water quality, turbidity, salinity, river discharge, and water temperature) has not been monitored. Besides, Amami-Oshima Island has been developed rapidly since the 1950s, based on the promotion by the national and local governments. The Sumiyo corals and the Sumiyo people have been close to each other for a long time. The Sumiyo coral skeleton would archive the local history (environmental change) in the Sumiyo town and the Sumiyo Bay. During our fieldwork (1 week), many of the Sumiyo people were supporting us. Thanks to their advice, we finally found a long-living Porites coral in the Sumiyo Bay! We got the Porites coral core by SCUBA. The coral core has 46 of beautiful annual bands (it indicates that they lived for 46 years).

We brought the Sumiyo coral core to our laboratory in Hokkaido University. We analyzed the skeletal geochemical proxies (e.g., Ba/Ca: sediment load proxy; Sr/Ca: sea surface temperature proxy) and the skeletal growth parameters (e.g., skeletal annual calcification rate). The skeletal geochemical records reflected the temporary and extreme sediment effects due to the heavy rainfall and the river flood events. However, there was still an unknown aspect of the geochemical and growth records for 46 years...

In July 2017, Saori Ito and I came back again to Sumiyo town. We collected water samples and local archived data. Also, we interviewed some people who live in Sumiyo town. The local publication and interviewed data allowed us to realize the relationship between the Sumiyo Bay (the Sumiyo corals) and the coastal area. The Sumiyo coral skeleton (the skeletal geochemical proxies) recorded not only the temporary and extreme effects due to the heavy rainfall and the river flood events but also the industrial change in Sumiyo town (i.e., sediment load in the seawater) for 46 years. They also showed a calcification response to the environmental change in the coastal area or seawater. It is likely to be the history of corals-humans who live in the Sumiyo area.

Our findings can be essential to the discussion of survival strategies for reef-building corals in which precipitation and human activities will increase. It is important to understand how natural/anthropogenic factors lead to a reef disturbance and how corals respond to these disturbances, in order to create a sustainable human society that can benefit from coral reefs. Finally, keeping the balance between coastal development and coral reef expansion may also be needed to maintain reef health and reef biodiversity with human society in the future. KIKAI institute for coral reef sciences will keep monitoring the coral health in the Amami archipelago.

To unlock the mysteries of coral history the KIKAI Institute for Coral Reef Sciences was established. The KIKAI Institute is located on the beautiful Kikai Island in the Amami region of Japan on extraordinary uplifted coral reefs, which border tropical and temperate regions. Since 2014 the field-based and self-financed institute, in association with the Coral Reef Environmental Earth Sciences Lab (CREES) at Hokkaido University, has provided a place for cutting edge science and the inclusion of current and the next generation of scientists.

Two times of our fieldwork were supported by many of the Sumiyo people, the local governments (Sumiyo Town, Amami City, Oshima Subprefecture in Kagoshima), Kagoshima Prefectural Amami Library. Also, the members of Tokyo University came to join and support us during the fieldwork. We would like to use this opportunity to offer our thanks to all of them. 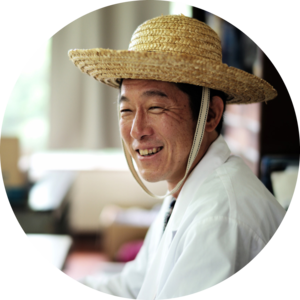