Our study reveals a strong connection between a diverse group of giant viruses and various eukaryotes, which reinforces the idea that these atypical but abundant group of viruses have to be considered as a key player in marine ecosystems.

The ocean is the largest habitat on our planet. Biological activity is particularly high in the sunlit photic zone thanks to the primary production by microalgae. Although we already know that marine phytoplankton is responsible for nearly half of the global primary productivity, little is known about the component of microbes and their interaction in the invisible microbial world. Perhaps the most overlooked entity in the marine microbial ecosystems is viruses, which exert top-down control on microorganisms. Mortality of microbes is important in sustaining the high productivity as they can release nutrients and trace elements that can be used for the growth of other phytoplankton. Recent studies have revealed that nucleocytoplasmic large DNA viruses (NCLDVs, or so-called “giant viruses”) are highly diverse, abundant, and infect a variety of eukaryotes in the environments. However, their potential importance in marine ecosystems and biogeochemical processes still remains to be unveiled.

In a recent paper published in Nature Ecology & Evolution, we used large-scale pole-to-pole metagenomic data derived from the Tara Oceans expedition to investigate the distribution of giant viruses across size fractions, depths, and biomes. Our analyses revealed that diverse NCLDV phylotypes are ubiquitously distributed over the global oceans, although an elevated proportion of unique (“endemic”) phylotypes was detected in the Arctic Ocean. The community structures of NCLDV were highly dependent on those of a variety of eukaryotic lineages, suggesting tight interplays between viruses and microeukaryotes. We also observed high similarities of NCLDV community between the surface and aphotic mesopelagic layers in some productive areas, despite the lack of vertical mixing. The high vertical connectivity was accompanied by the increase of NCLDV richness in the mesopelagic zone. These results suggest that surface viruses are exported to mesopelagic layers presumably by attaching to cellular debris. Overall, our study highlights the potential importance of interactions between giant viruses and eukaryotes in forming biogeochemical processes in the ocean.

I have been working on the studies that explore the role of microbial assemblages on the marine biogeochemical cycles and their potential responses to climate change. I started to analyze the biogeography of NCLDVs using the Tara Oceans global omics dataset when I joined the project in 2017. However, to be honest, I was a bit skeptical if I could detect any signal for the relationship between NCLDVs and biogeochemical processes from their distribution patterns. While analyzing the latitudinal patterns of NCLDV community diversity at each depth, I noticed that the community in the mesopelagic layer did not show the latitudinal diversity gradient, which increases from polar to tropical region. Curiously, the latitudinal variation of mesopelagic diversity coincided well with the vertical similarity of the giant virus community. From these plots, I came up with the vertical migration model of particle-associated NCLDVs, which has been proposed previously for different organisms. This story was consistent with the previous studies showing that giant viruses could enhance the biological carbon export to the ocean interior (Laber et al., 2018; Blanc-Matheiu et al., 2019). I think our results provide an evidence that NCLDVs are an important component of marine ecosystem and biogeochemical cycles.

It remains to be seen how important the giant viruses are in marine systems. Our goal is to quantify the impacts of giant viruses on productivity, microbial diversity, ecosystem stability, and material cycles to provide a better understanding of marine ecosystems and Earth’s climate.

Our manuscript titled "Biogeography of marine giant viruses reveals their interplay with eukaryotes and ecological functions" is available in: https://www.nature.com/articles/s41559-020-01288-w

A bony braincase in a primitive armoured fish from Mongolia 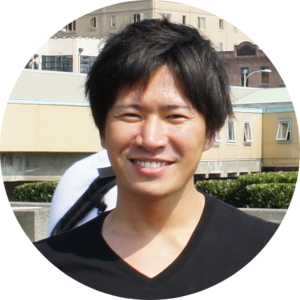