There is an annual harvest of about 4 million cervids in Europe. The harvest is usually selective and regulated by quotas specific to age, sex or size and depending on management objective, but to plan for selective harvest based on ability to detect wildlife disease is new to Europe.

Hunting wildlife has deep roots in Europe. The management objectives vary from increasing harvest and hunting opportunities to limiting populations due to adverse effects on forestry, agriculture or traffic. Selective harvesting is practised through hunting quota systems, and the size and demographic composition of quotas is typically informed by wildlife ecology experts. In Norway, cervid populations are monitored by ecologists from the Norwegian Institute for Nature Research. Additionally, veterinarians at the Norwegian Veterinary Institute conduct cervid health monitoring, which is mainly a warning system to detect severe disease outbreaks. Historically, there has been little contact between ecologists and veterinarians working with cervids from different perspectives, and no coordination of data collection.

This happy state-of-affairs for cervid ecologists, like myself, changed in 2016 when the feared Chronic Wasting Disease (CWD) was detected among reindeer in the Nordfjella population in Norway. CWD is a lethal prion disease among cervids. A major outbreak of CWD is ongoing and has lasted for decades among North American deer, causing population declines in endemic areas. At the time, I was ignorant to the fact that detecting a notifiable disease, like CWD, also meant a change of governance towards the Norwegian Food Safety Authority and the Norwegian Veterinary Institute. With CWD, methods aiming to limit the disease in many ways replaced traditional wildlife ecology principles in affected areas. Fighting wildlife disease can involve brutal methods, causing conflict when implemented. In Norway, the entire CWD-infected population of over 2000 reindeer was eradicated during 2017-18. It was arguably the most dramatic event in the history of nature management in Norway.

But what about the adjacent reindeer populations? Had an infected reindeer been able to escape unnoticed to start a new CWD epidemic? In 2016, some veterinarians were already arguing that the population adjacent to the CWD infected population should also be removed even with no detected cases, what is known as ‘pre-emptive culling’. This is important for combatting diseases such as CWD, with low initial prevalence that build up environmental reservoirs. But to implement pre-emptive culling was simply not politically feasible for a species of conservation concern. Hence, in 2018, the Norwegian Food Safety Authority asked for extra harvesting in the adjacent population to ensure there was no CWD in the population. Initially, the veterinary authorities asked, or rather demanded, the local managers for an extra adult harvest that would yield high confidence for absence of CWD infection, but that would also lead to overharvesting. One of these local managers called me in frustration asking for advice. I contacted my long-term collaborator Hildegunn Viljugrein, a biostatistician at the Norwegian Veterinary Institute. We had already been collaborating to develop surveillance methods to detect CWD. We had now empirical evidence that reindeer males had ~3 times higher likelihood of becoming infected with CWD than females, which was similar to the demographic infection pattern for other deer species and used in so-called ‘weighted surveillance’ in the USA. Further, since reindeer are highly polygynous, I argued we could skew the sex ratio in the population towards females without affecting fertilization. Then we would increase our ability to detect CWD and at the same time not reduce size of the female population and retain high recruitment levels.

Our approach blended methods used in population ecology with those from veterinary epidemiology. It was easier said than done at different levels. Huge credit to Viljugrein who completed the challenging task of coupling advanced models with population and disease data, originating from different scientific fields, to inform the harvest. Further, management of CWD also caused controversy between the professions of veterinary science and wildlife ecology. This work involved key players at the core of establishing joint monitoring and tackling the different cultures, traditions and scientific jargon. I therefore see this paper as demonstration that we were nevertheless able to collaborate, developing a novel combination of best practices of each discipline, enabling evidence-based management for the best future of reindeer in Norway and ultimately for cervids across Europe. 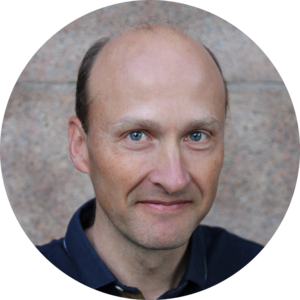