How warm is too warm for fish to spawn?

Our study showed that during spawning and embryonic development, the heat tolerance limit of marine and freshwater fish is on average 10°C lower than in other life stages. The temperature range for reproduction therefore defines the vulnerability of fish species to climate change. 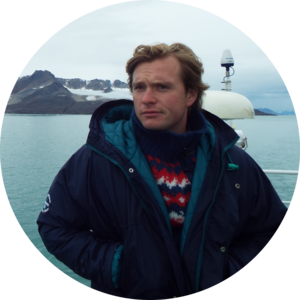 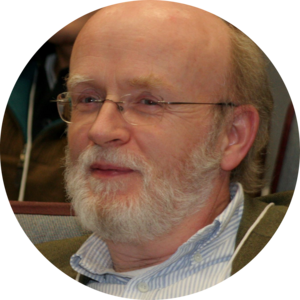 In fish, physiological responses to temperature have been studied for more than 100 years. Pioneers such as Dannevig1, Fry2, Brett3 and Rombough4 (just to name a few) provided the theoretical and empirical foundations for the concept of Oxygen- and Capacity-Limited Thermal Tolerance (OCLTT), developed by Pörtner5 in the early 2000’s. The OCLTT concept implies that the temperature window for development, growth and survival is shaped by the organism’s capacity for oxygen delivery (to tissues, cells and mitochondria) in relation to oxygen demand. An important aspect within OCLTT is that individual life stages of a species can vary greatly in their aerobic capacity and thermal tolerance due to changes in morphology and body mass5. As early as 1956 Brett3 drafted the following hypothesis in his seminal paper entitled “Some principles in the thermal requirements of fishes”:

“It can be stated at least that the thermal requirements in the very early stages are more exacting than in the adult”.

Almost four decades later, Rombough4 summarized the available experimental data and concluded that fish embryos are less temperature-tolerant than larval, juvenile or adult stages. Rombough also mentioned that during spawning, when adult fish carry large masses of egg and sperm cells, thermal tolerance may be similar or even lower than during embryonic development. In fact, our results confirmed that the tolerance ranges of spawners are slightly narrower than those of embryos. Narrow temperature windows of spawners may reflect their additional energy and oxygen demands during gonadal development, as suggested by OCLTT. Accordingly, the temperature requirements for reproduction (spawning and egg development) represent a critical bottleneck in the life cycle of fish. Another key message of our paper is that increased efforts to limit global warming to 1.5°C or less could prevent the loss of spawning habitat for many fish species and corresponding consequences for local ecosystems and communities.

The course of our study was characterized by several challenges, including technical problems related to data gaps and taxonomic confusion. For a passionate experimental and field biologist like me6, the time I spent in my office merging and updating existing data collections was already a considerable challenge. Anyway, I soon noticed that some life stages have been studied much less than others, making it difficult to conduct a proper statistical analysis. A fantastic paper by Comte and Olden7 sparked an idea to overcome this data limitation. They used a sophisticated imputation approach that allows estimating unknown trait values based on the phylogenetic relatedness of species and statistical models of trait evolution8. With the help of Sylke Wohlrab, a specialist in genomics and bioinformatics at the Helmholtz Institute for Functional Marine Biodiversity (HIFMB), it was possible to adopt this approach and close many data gaps. Her work produced the decisive breakthrough to generate a complete set of stage-specific thermal tolerance limits for 694 marine and freshwater fish.

The next challenge to assess the species' vulnerability to warming was to combine thermal tolerance data with distribution records and multi-dimensional climate data. At that point, Martin Butzin, a paleo-climatologist at the Alfred Wegener Institute for Polar and Marine Research, joined the team and solved a number of seemingly insurmountable computing problems. Especially the inconsistent naming of species in different databases and phylogenetic trees sometimes led to serious frustration with the need to perform time-consuming analyses over and over again.

Of course the feeling of having made a relevant scientific contribution outweighs all the strains along the way. In addition, we have unintentionally been able to greatly improve our knowledge of fish taxonomy.

Our analysis also casts light on why eurytherms (covering wide temperature ranges) and stenotherms (specializing on a narrow range of temperatures) exist. Species have become stenotherms if allowed by constant temperatures in their environments. The benefit seems to be energy savings. In stenotherms metabolic rate and dependent processes such as development respond strongly to temperature, however, this elicits high vulnerability to warming. Conversely, eurytherms cover wider temperature ranges which comes with elevated metabolic rates and a lower response to warming, thereby extending the width of their thermal window9. Future projects will complement our understanding of the mechanisms that enable species to cope with climate change, hopefully providing opportunities for exciting experiments and field work.