Mating behaviors of malaria-transmitting mosquitoes could be exploited and manipulated to curb the density of these dangerous insects. Programs have been proposed where large numbers of male mosquitoes (which do not bite humans or transmit malaria) are sterilized and released to compete with fertile wild males for female mates. When successful, females are effectively sterilized by this strategy, and the population density decreases.

Sterile Insect Technique (SIT), as it is known, has been used for decades against agricultural pests, and led to elimination of the New American screwworm. But, in Anopheles mosquitoes that transmit malaria, similar efforts have met with limited success, largely attributed to the poor competitiveness of males that are released from the laboratory.

Mating in Anopheles mosquitoes occurs on-the-wing, in dense aerial swarms. Nearing sundown, the careful observer can see males congregate over a ground marker such as a clay pot or tree stump. At first, one male arrives, and moves in a characteristic pattern that resembles a mid-air dance, flying in zig-zags to remain over the marker. He is joined by more males, and then suddenly thousands, all ‘dancing’, waiting for females to arrive. These swarms are vast, apparently chaotic, and even loud – the buzzing of thousands of wing beats is not only a nuisance but a signal, allowing males and females to distinguish each other in the throng. With a practiced eye, it is possible to see mating couples, formed by the larger shape of two conjoined insects, moving slowly towards the edges of the swarm to complete copulation.

Because of the very high male to female ratio, most swarming males will not mate on a given night, and it’s likely many will never mate in their lifetime. We wanted to determine the cues that distinguish successful males from unsuccessful ones during these complex mating interactions. In particular, our focus was whether cuticular hydrocarbons, compounds found on the exterior cuticle and implicated in social interactions in many insects, are among these cues. To address this hypothesis, we visited the natural mating swarms of Anopheles coluzzii mosquitoes in the Vallée du Kou in Burkina Faso.

Our collaborators, Abdoulaye Diabaté and his group at the Institut de Recherche en Sciences de la Santé in Bobo Dioulasso have established an incredible program for investigating mosquito ecology and testing new mosquito control methods on a local scale. They work with nearby villages in the Vallée du Kou, a rice-growing area where the malaria burden is extremely high - the prevalence of malaria parasites in children hovers around 50% during the wet season. Our collaborators have achieved outstanding community support, with villagers participating in active research, and some are trained to perform the extremely specialized skill of being able to capture mating mosquito couples from swarms.

To sample from the swarms, we drive to the Vallée de Kou armed with mosquito nets, mouth aspirators, and paper cups covered with netting (tiny mosquito ‘houses’). These collections are always touch and go: if it rains or is windy, the swarms aren’t reliable, and we are forced to cancel our trip; other times we go, but on arrival there are few mosquitoes to be found. But when we do see the swarms, they are always in the same places – males are reliably found above the same markers night after night, so Diabaté’s team generated a swarm map for the village. This local knowledge is essential, as watching a swarm feels like an optical illusion - standing upright you might not see it at all, and only when you crouch and look at the sky from the right angle, suddenly thousands of mosquitoes are apparent, and you can’t unsee it – the sky is full of them!

Although our collaborators are highly skilled, these outings are never predictable. A net sweep too early or an accidental flash of light from a headlamp or camera can cause the swarm to rise upwards out of our reach. While the locals capture mosquitoes in nets, I am on my knees on the ground, fumbling to empty the nets for reuse, verifying a couple was captured and aspirating it into a cup covered with netting. As dusk deepens, this process gets more and more difficult – it isn’t easy to find mosquitoes within the net (let alone capturing the couple in the first place!) and we have only twenty minutes to capture as many couples as we can. Then the swarms dissipate, and the sky is pitch black.

As we finish up our work with headlamps, we fend off bloodthirsty female mosquitoes that bite under the cover of darkness. My Boston lab mates and I are protected by antimalarial pills, but our collaborators from Bobo Dioulasso tell us that if they stay just one night in these villages they often come down with a malarial fever. Adults acquire substantial immunity to malaria parasites as they age, reducing the severity of symptoms, but it is our curious young spectators, the children of these villages who gather around to watch us with our nets and aspirators, that suffer the burden of this deadly disease.

Insecticide resistance is a major threat to malaria control, and our findings warn that cuticular traits associated with insecticide resistance could be maintained and spread by sexual selection in mosquito populations, potentially even in the absence of insecticide pressure. However, this knowledge has a silver lining; it can inform SIT or similar control programs to optimize male mating competitiveness and ensure their success. 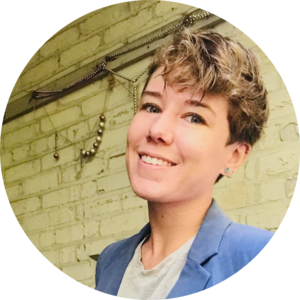