Menu
A community from Nature Ecology and Evolution
Regular Contributor

Has Natural History been under lockdown?

Lifting restrictions on Natural History studies can help us discover more about what we don’t know – and what we think we know but don’t.

Natural History has been a powerful – and for centuries, the only – way in which we understood nature and its processes. Major breakthroughs in Science have been made thanks to painstaking Natural History observations – and yes, I had Darwin and Wallace in mind while writing this passage.

Nowadays, though, with powerful genome sequencing and other ‘fancy’ techniques, Natural History sounds like an archaic discipline. In fact, it became virtually impossible to publish Natural History observations in academic journals, which often require a daunting and overrated emphasis on hypothesis-driven research to be ‘publishable’. After all, Natural History observations do not test anything, and how on Earth can we seriously understand the nature without a testable hypothesis and p < 0.05? This ‘policy’ discourages true Natural History studies like those conducted in the (not too) old days [see e.g., ‘Adventures of a Young Naturalist’ by David Attenborough].

Compounding to the publishing problem comes the funding problems. Natural History does not even get close to making the list of priorities on large calls for funding. Even if it did, assessors would probably reject the application due to ‘lack of hypothesis’, ‘descriptive’ or other reasons of the sorts; with ~10% success rate, there is more burgeoning hypothesis to be tested than natural history observations to be performed. In our ever-accelerating society, of 5G and TikTok, what are the short-term benefits of ‘watching the grass grow’ anyways? In our current scientific world, Natural History could very well have been placed in quarantine amongst the walls of the museums. 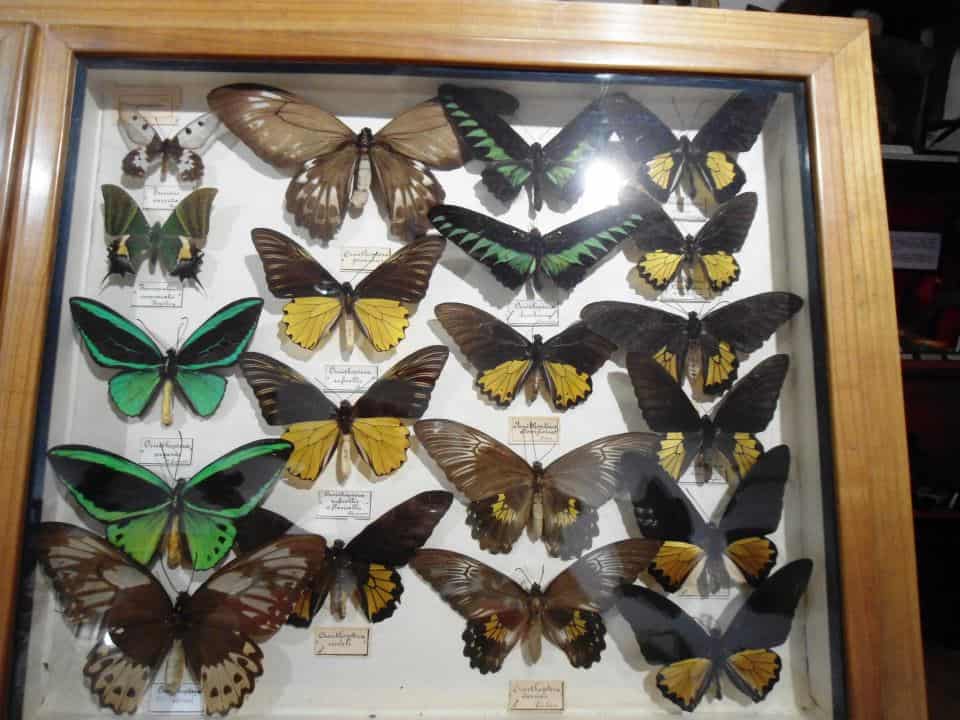 Figure 1 – Butterflies in an entomological collection of a Natural History museum in Trieste, Italy.

In all fairness, the hypothesis-driven research that is the ‘holy-grail’ of our scientific method has provided major advances in our understanding of natural phenomena (Popper, 1959). But could this have come with a cost – a cost of ‘arrogance’ – where we think we know more than we actually know?

Suppose you wake up in the morning and realise that you ran out of eggs, and upon walking to the supermarket you stumble upon some hairy caterpillars on your way back home. This is a suburban area in Sweden, so what do you make of it? Nothing, right? Probably we know all about the little guys – after all, we are not in the middle of the Amazon!

This sounds ludicrous, but this is exactly how it started for one of our recent Natural History papers published in Ecology and Evolution. We spotted a population of caterpillars feeding in an unusual plant. And if I am honest, I only stopped to observe them because I really like caterpillars (and insect larvae) – I didn’t even notice the plant. The caterpillars were from the Buff-tip moth Phalera bucephala (Lepidoptera: Notodontidae), easily identified by a marked ‘V’ shape yellow mark in their heads. This population, though, were feeding in a currant plant Ribes alpinum – which is unusual because (according to the Natural History Museum of London database) Notodontid caterpillars had never been described feeding on this family of plants. Caterpillars were fully-grown and feeding voraciously on the currant plant – but we did not rule out the possibility of something going warry in those particular individuals that made them feed on a strange plant. So in addition to our Natural History observations, we collected some specimens and tested (yes, hypothesis testing!) whether or not they preferred the unusual plant over a plant known to be their food source (maples). It turns out these caterpillars showed remarkable foraging preferences for the unusual plant and in fact, even preferred gooseberry (another Ribes species) over maple, suggesting a strong preference for Ribes plants. But what are the implications of this? Great question – we don’t know! We didn’t even know they fed on this plant, but at least now Natural History gave hypothesis-driven research something to work with…

I can hear you say “OK but Buff-tip moth is a relatively understudied species, and it is not surprising that you serendipitously found something new about it. They are not model organisms nor they are frequently used in the laboratory. This was way too easy…”

Tough crowd – but you would be right. We don’t know a lot about…well…a lot. But if there is something we know, is about our model organisms. I mean, take Drosophila melanogaster for example, which has been used-and-abused in hypothesis-driven research. Surely, we must know everything about their Natural History, right? 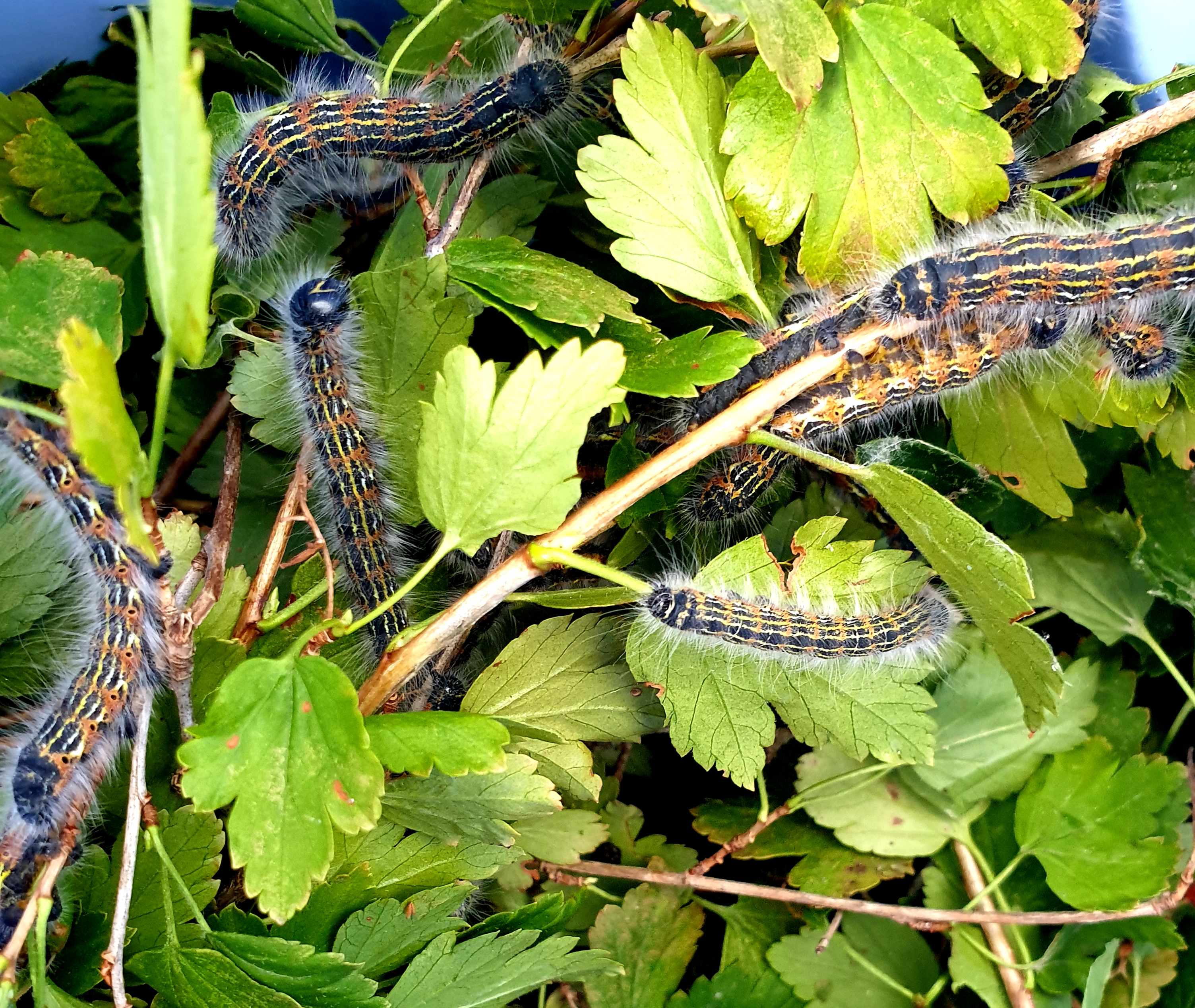 In a second Natural History Note published in the same issue of Ecology and Evolution, we counted the number of Drosophila melanogaster larvae present in individual apple fruits in the same suburban area as in the previous study. We then mapped the protocols commonly used in the laboratory to manipulate D. melanogaster larval density onto the densities we found in nature and guess what? It turns out that we (as a community) have no clue of the ‘true’ population densities experienced by D. melanogaster larvae in nature, which had made our experimental protocols more like ‘guessing’ (I am including myself here). Thus, maybe even for model organisms, we don’t know as much as we think we know, and Natural History can provide a way in which we can find out about our unknowns, which can then be used in hypothesis-driven research to discover more. 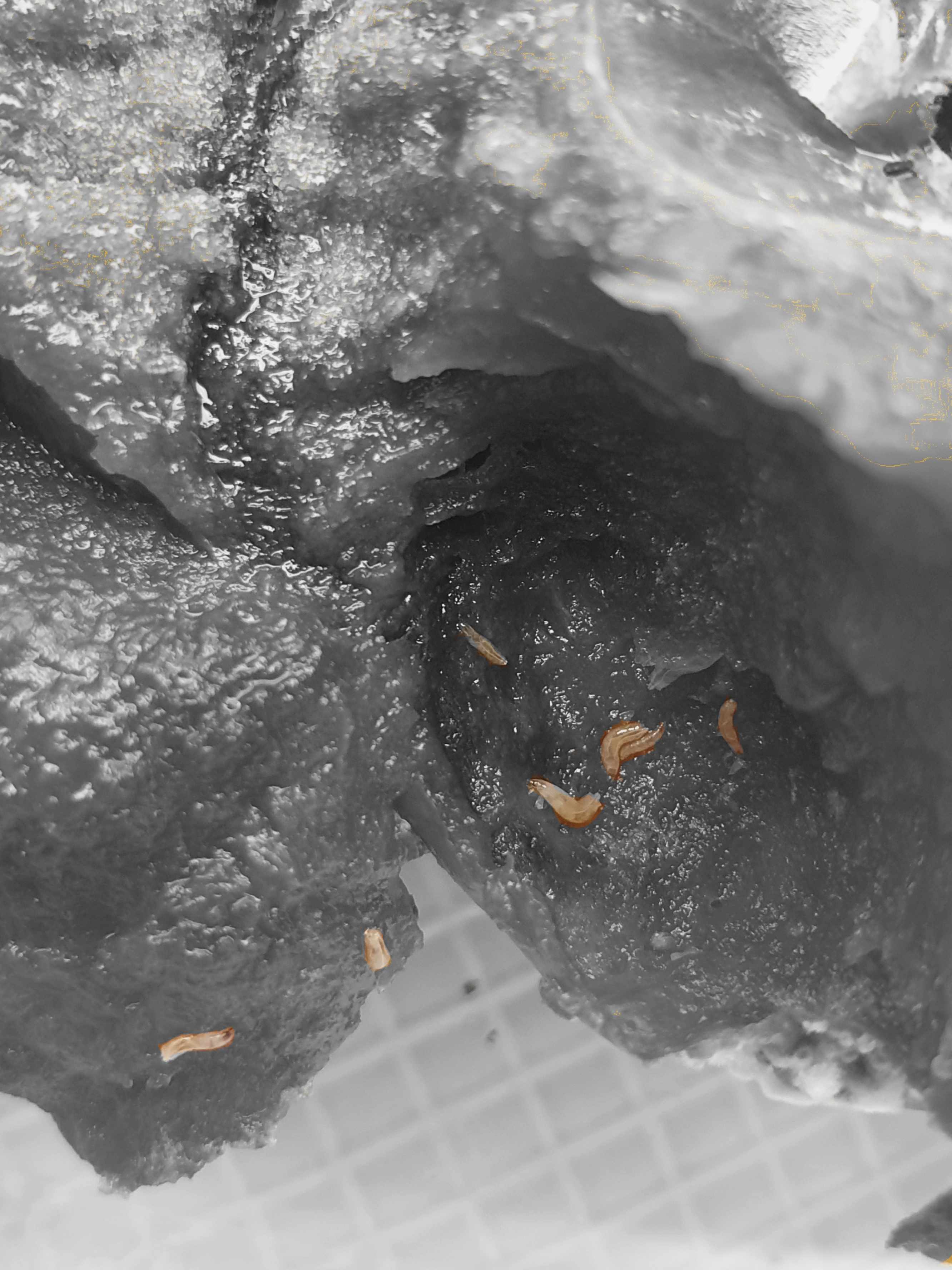 For this to happen though, we need to recognise the power of Natural History, and use it as a complementary approach – with equal importance – to hypothesis testing on our pursuit of biological knowledge (see e.g., Travis, 2020 Am Nat). We need to ‘free’ Natural History from its lockdown, and explore it as an important way to find out what we don’t know, as well as things that we think we know but don’t. And at the end of the day, isn’t because of Natural History that we in one way or another fell in love with Biology?

Figure 3 – Drosophila melanogaster larvae (highlighted) inside rotting apples. The smell wasn't as bad as I anticipated... 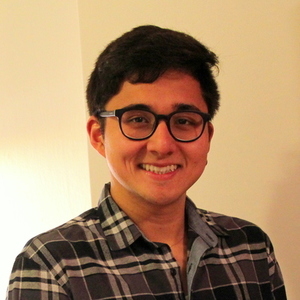 Yes this is sad news, there are less and less people who are qualified to be museum curators, so I wonder if the long-term plan of museums is to get rid of curators. PhD on Natural History are almost non-existent because of the funding issue you mentioned.

Fabio, thank you very much for your comment – and it is such a good one! You are spot on that there seems to be a trend for curators to be disappearing. In fact, here at the University of Aberdeen, the 'word in the street' is that the Natural History Museum does not have an official curator (a sad true that has been going on for a while). It is more remarkable because here we have the Regius Chair in Natural History! Well, hopefully we can change the way the fields are evolving, and we can keep Natural History alive for the next generation of scientists...

I see, I was being slightly sarcastic but I see that's already happening! I love natural history museums so I hope they live on :-). Nice post by the way and good luck with your research!

Reply
Nature Portfolio Ecology & Evolution Community
We use cookies to help improve your experience. By continuing to browse our website you are consenting to our use of cookies.
Learn more