Genomic signatures of adaptation to cities 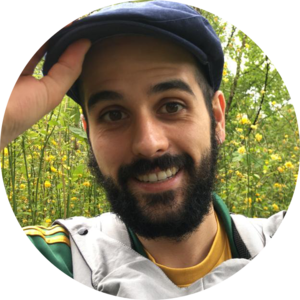 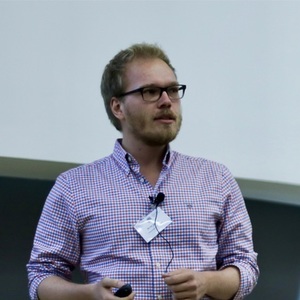 There is no doubt that urbanisation represents an increasingly dominant disturbance for natural ecosystems worldwide. More than half of the human population lives in cities and the prospects are that this will increase in the coming years. During the last decades, several studies have shown that for wildlife, living in urban environments affects their ecological interactions, communities, and their phenotypic attributes. For example, several species of birds show differences in escape or singing behaviour in response to urbanisation (Slabbekoorn & Peet 2003; Møller 2010; Video 1) and urban anoles lizards have adapted their limbs and thermal tolerance to life in the metal and concrete “jungle” that are human cities (Winchell et al. 2016; Campbell-Staton et al. 2020). However, only recently have evolutionary biologist started to pay attention to urban environments and their associated ecological changes as evolutionary forces.

Video 1. One of the authors (Pablo Salmón) testing some "behavioural" divergence in one of the studied urban great tits populations (Kelvingrove Park, Glasgow).

In our recently published manuscript (Salmón, Jacobs et al. 2021), we aim to shed light on the strength of natural selection in urban wildlife, which ultimately could reflect the degree of local adaptation to these relatively novel environments. To that aim, we explore the genomic signatures of local adaptation to urban habitats using the great tit (Parus major) as a model organism. Great tits are well known songbirds in Europe as they inhabit a broad range of habitats including urban parks but also more natural environments such as woodlands and forests across the continent, from Portugal to Finland. Not only that, but great tits are also known to show changes in behaviour and life history in response to urbanisation and importantly, species specific genomic tools have been developed to facilitate the study of their genomic architecture.

This study makes up the last chapter of my PhD thesis and is certainly the one that has taken the most work to see the light, perhaps just a reflection of its ambitious nature. The idea of the project was present in Caroline Isaksson’s mind (my PhD adviser) when I started my journey in early 2013 as a doctoral student in Lund. The idea for my PhD project was to further our understanding of the impact of urbanisation on birds, including physiological and molecular approaches to explore plastic and adaptative processes. Cities pose a unique opportunity for evolutionary biologist as their spatial replication, large-scale and apparently similar ecological challenges provide an unintended natural experiment to test the evolutionary responses of species. However, working simultaneously in several urban populations at the level of detail we were doing in Malmö (my main fieldwork site) was technically challenging and in 2013 there were not many established urban great tits populations across Europe that we could collaborate to work with. Therefore, sampling birds for genomic analyses across a broad spatial range was a fair alternative that could help to elucidate some patterns and processes of wildlife to urban environments (Fig. 1).

Nonetheless, it was not until mid-2014, after a mammoth amount of paperwork from all the possible authorities one can imagine, that we finally managed to be ready for a “European tour” across multiple cities, Milan, Lisbon, Madrid and Gothenburg. The idea was to complement the sampling sites that our co-authors in the study had planned to send us later, and additionally, it was a fresh change within my PhD. I can confess now that I was always a bit jealous about some of my peers as their fieldwork was often in pristine and amazing locations around the world, while mine basically consisted on walking with a telescopic-ladder on the shoulder across the parks of Malmö. While it is true that an urban park will always be urban park, the opportunity to explore new urban areas was something exciting to me. The “European tour” was a success and we managed to capture and sample the great tit numbers that we were aiming for. Of course, this would not have been possible without the help of some amazing people that I had the pleasure to meet and gain experience from. Among many, I have no words for all the help that the ringers of Lambrone station, in special Andrea Galimberti, and Michelangelo Morganti provided in the Milan area, Vitor Encarnaçao’s help was crucial for success in Lisbon while the Pardal family literally opened their house and assured that my stay in Portugal was smooth, and finally Jose Ignacio Aguirre, Amparo Herrera, Javier Pérez-Tris and Javier Pineda were the best support in Madrid.

Once samples are collected, DNA is extracted and all the individuals are correctly genotyped, a naïve student with little bioinformatic skills (such as I was) might expect that unravelling the genomic signals of urban adaptation would be aneasy job. Of course, I was wrong!! Analysing over half a million of SNPs from great tits across 18 populations was an arduous task. Furthermore, time available for completing my dissertation was running out and I became a new parent, it was an exciting and trying time. Despite the busy circumstances I managed to prepare some data just in time for my defence in late-2017. However, soon after this I signed up for a new adventure as a postdoctoral researcher at the University of Glasgow, which incidentally is one of the cities included in the study. The new position was on a different topic, so the project was at risk of losing its potential and ending up as basic results compiled in one of my thesis chapters. Nonetheless, then is when I met in an unimaginable way nowadays Arne Jacobs (it was on a Friday in a pub), with no hesitation is a key piece in the study. I recently joined the IBAHCM at the University of Glasgow where Arne was finishing his dissertation on genomics and parallel evolution and in a casual chat our ideas and problems converged! Arne had the practical and broad genomic approach that I was missing, and we teamed up to rescue the study. Still, it took us some time to figure it out and over three years and countless rounds of revisions, comments, suggestions, and critique, we can finally present our results, and shed some light, at least for great tits, regarding possible evolutionary adaptive responses to urbanisation.

Remarkably, we found pervasive signs of selection across the studied urban genomes, suggesting a polygenic adaptation to urban habitats in the species; although, the changes were largely population specific. The latter is not totally unexpected, as despite their apparent similarity, each urban environment might pose different selective pressures for great tits. Also, the European cities included in our study not only are under different climatic regimes, but their dynamics and internal landscape might differ, for instance some cities are more prone to big green spaces while others make easier the connectivity with the more natural surroundings. Accounting for these differences in future studies will help us to gain a better understanding on the sometimes-overlooked heterogeneity of cities (Szulkin et al. 2020). Still, despite the general variability across urban populations at the haplotype level, we found that some genes, with similar functional impacts, were more commonly under selection than expected by chance in urban populations (in 5 or more out of 9). These shared genomic signals were mainly linked with neural development and behavioural functions, which reinforce the idea of cognitive and behavioural changes as key responses to urbanisation in wildlife and particularly birds.

Overall, our study exemplifies, using a common songbird species, the evolutionary adaptation to urban environments in a wide scale. However, it also demonstrates how the adaptive outcome for a relatively new, widespread, and intrinsically human phenomenon, as is urbanisation, might find different genomic routes. Understanding the eco-evolutionary processes in urban environments is still in its infancy and future functional studies combining detailed genomic and phenotypic data might shed new light into the adaptive divergence of urban wildlife, and ultimately help us to minimise our worldwide impact. 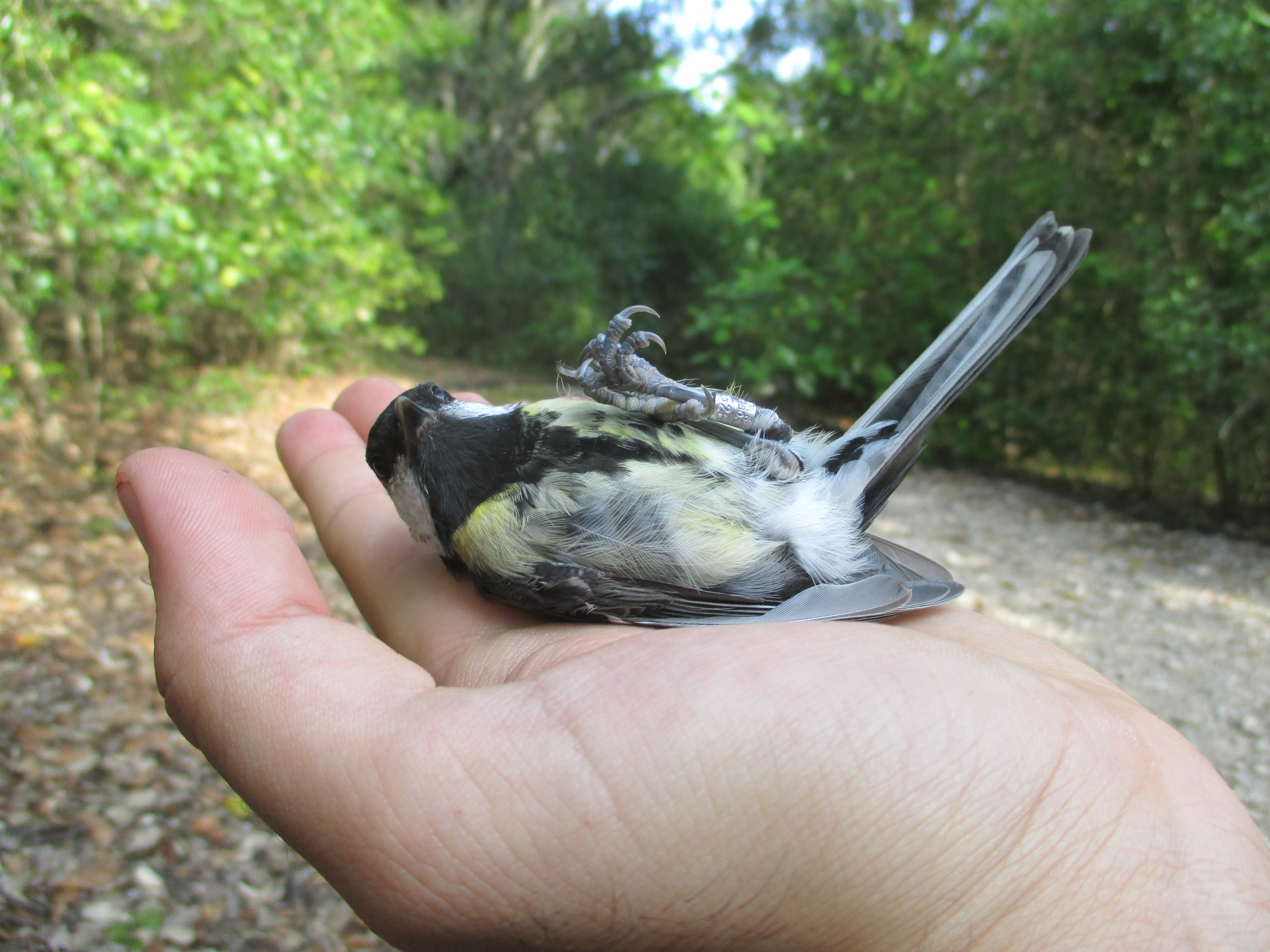 Fig. 2. Great tit from Lisbon ready to be released after sampling. (Photo by Pablo Salmón)

Poster image: Great tit captured in Parco Nord (Milan, Italy) during the fieldwork of the study. (Photo by Pablo Salmón)

What sedimentary ancient DNA can tell us about past and future plant diversity?

I am an evolutionary ecologist, with particular emphasis on the mechanisms underlying life-history variation and how anthropogenic disturbances might influence these.