The establishment of mycorrhizal symbioses was a pivotal event in the evolutionary history of land plants. Our phylogenomic analysis comparing 135 genomes of saprotrophic and mycorrhizal fungi sheds light on genomic changes associated with the multiple transitions from saprotrophy to symbiosis.

+1
Francis Martin and 1 other See all
Head of Department, INRAE
Follow 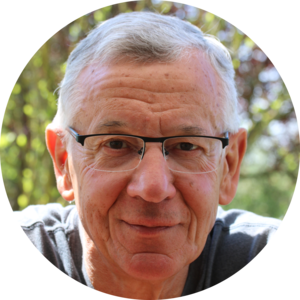 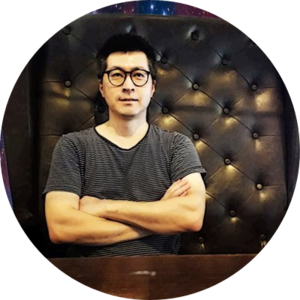 Our paper ‘Large-scale genome sequencing of mycorrhizal fungi provides insights into the early evolution of symbiotic traits' can be found here.

Up and down the country, Autumn heavy rainfalls have triggered the emergence of a cornucopia of mushrooms in woods, such as chanterelles, amanitas, boletes and milk-caps. The undergrowth, littered with a confusion of decomposing leaves and dead wood, exhales a strong smell of decay and, emerging from the thick humus, mushrooms let out whiffs of spores from their unrolled hats. It's worth kneeling to take a look because, close up, the fruiting bodies are linked to extensive and intricate networks of fungal filaments colonizing the thick drifts of fallen leaves and litter covering the forest floor. Fungi are, along with the trees, major players in the forest. They live in the soil, in the humus and in all trees, living or dead. Three guilds of fungi inhabit these woods: symbionts, decomposers and parasites. They are at the heart of a complex trophic chain, of which the tree is the nodal point. Mycorrhizal underground networks, anchored in the roots of trees, explore the soil and decaying leaves in search of mineral elements which they transport and transfer to their host plant in exchange for sugars. In this way, they stimulate the growth of the trees.

Our lab has spent the last decade in unearthing the evolution of mycorrhizal symbioses by using comparative genomics. In 2010, we have submitted a proposal to the Community Sequencing Program of the U.S. Department of Energy Joint Genome Institute (JGI) to sequence a phylogenetically and ecologically diverse suite of 25 mycorrhizal fungi, which include the major clades of symbiotic species associating with trees and woody shrubs. Ten years after, we are playing around with 175 genomes of mycorrhizal fungi (available at the JGI MycoCosm database). Crunching these genomes and comparing them to the genomes of saprotrophic fungi illuminated the functional basis of transitions between saprotrophic and symbiotic lifestyles as summarized in two papers published by the Mycorrhizal Genomics Initiative consortium in Nature Genetics in 2015 and in Nature Communications in October 2020. At its core, our recent paper is about expanding our understanding of the drivers of symbiosis evolution in the early-diverging clades of ectomycorrhizal fungi, such as the golden chanterelles.

The very large set of genomes used in the present study allowed us to sample major fungal families, for which there were previously no symbiotic genomes available, including Russulales and Cantharellales. These symbionts are important, because they are often ecologically dominant in most forest ecosystems and they represent early diverging clades for which no ectomycorrhizal genomes were previously available. Our results suggest that the predominant mechanism for the transition from saprotrophy to ectomycorrhizal symbiosis appears to involve the loss of genes coding for hydrolytic enzymes acting on plant cell walls (whether via regulatory shifts or gene loss), enabling the symbiont to be accommodated in roots. They also suggest that each independently evolved ectomycorrhizal lineage uses species-specific novel genes, such as secreted effector-like proteins, as well as members of ancestral gene families to develop symbiotic interactions.

Mining these genomes has been a formidable endeavor and amazing team effort involving dozens of collaborators throughout the world … the Master of R Scripts Shingo Miyauchi (see below), Annegret Kohler, Laure Fauchery and Emmanuelle Morin in my lab, Igor Grigoriev and Alan Kuo at JGI, Enikö Kiss and László Nagy at the Hungarian Academy of Science, David Hibbett and Marisol Sánchez-García at Clark University, Elodie Drula and Bernard Henrissat at the University of Marseilles to name a few.

The large number of independently evolved ectomycorrhizal lineages raises questions as to why the emergence of this fungal guild is so common in forest ecosystems. Our current study doubles the number of released ectomycorrhizal genomes, but even greater sampling of ecologically-relevant lineages, particularly early-diverging clades, is needed to elucidate the evolutionary mechanisms that were responsible for the diversification of >20,000 species of ectomycorrhizal fungi. Increasing the phylogenetic and ecological diversity of sequenced fungi will require the collaboration of field amateur mycologists who can provide collections of rare and endangered species.

By now, we are making good use of these tremendous genomic resources to characterize gene expression of mycorrhizal species in forest soils by using metatranscriptomic approaches.

Through the Lens of a Bioinformatician … (By Shingo Miyauchi)

To me, the major challenge in comparing 135 genomes was to convert a large set of complex genomic data into something you can visually search to discover hidden patterns. Scientific figures need to be simple, aesthetic, and Zen with careful selection of colour themes in such a way that biological patterns of interest stand out. I have thus developed a set of visual workflows to handle and display humongous sets of genomic data – the so-called ShingoTools, including SHIN+GO, PRINGO, TINGO, SynGO, VINGO, PHINGO. I look for inspiration in nature, historic architecture, and visual artworks. I am fond of Japanese Ukiyo-e art and Chinese ink wash painting. As a self-proclaimed data visualizator of the avant-garde, I always like to explore something new and incorporate art techniques into my genomic data visualization. I would be most happy if you truly appreciate our scientific figures as a piece of art while sipping a glass of French wine (or Japanese sake).