Female Snowfinches disappear when the summer is warm

By following individually marked Snowfinches over 15 years, we found that females disappeared at a higher rate when the summer was warm. Our paper shows how climate warming can affect the demography of a cold-adapted bird species.

Living at high elevation is hard. From movies like Sherpa or from own mountain hikes we know how extreme conditions at high mountain areas can be. Species living in high mountains need to be highly specialised to be able to survive. Their skin may provide strong thermal insulation, they may be able to find sheltered places for surviving the cold nights, or their metabolism may be more active throughout their live. As a consequence of high physiological, ecological and behavioural specialisation species become less flexible in coping with changing environment. Therefore, mountain species are particularly susceptible to climatic changes. However, the mechanisms by which climate change affects species population dynamics are still largely unknown.

In order to get an idea of how climate change affects high elevation specialists, Eliseo Strinella, Reparto Carabinieri Biodiversità L’Aquila, L’Aquila, started studying the white-winged snowfinch Montifringilla nivalis, high up in the Apennines (Italy). For this paper, we could investigate how weather variables correlate with survival or movement of snowfinches.

Data from marked individuals followed over 15-year (2003–2017) showed that the annual percentage of birds surviving and staying in the study area was around 44% to 54% for males and around 51% to 64% for females. Remarkably, the average proportion of individuals that survived and stayed in the study area measured in the Apennines was lower compared to similar measures from studies in the Alps. This low probability to survive and stay in the area in the Apennines may be due to recent dramatic environmental changes in the Apennines caused by global warming.

The proportion of birds that survived and stayed in the area varied largely among years, particularly for females. In some years only 20% of the females survived and stayed in the study area, whereas in other years this proportion was 80%. During years with a warm and dry summer females disappeared more often compare to years with cool and humid summers, whereas in males weather conditions were only weakly correlated with the probability of disappearing. Because females disappear more likely when the summer is warm and dry, we have to expect even more negative effects of global warming on the population of this rare species. 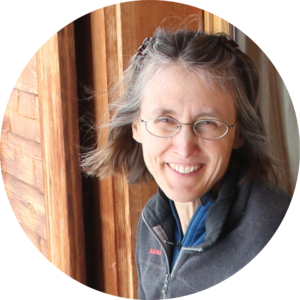