Menu
A community from Nature Ecology and Evolution
Contributor Heredity

Evolution between hills and valleys in Isthmian Central America

Rough topographies and heterogeneous climates, the stage for evolution in the biological bridge of the Americas

I was born and raised surrounded by the volcanic mountain chains that cradle San José, the capital of Costa Rica. This fact may explain my fascination with these massive geological structures, which draw silhouettes in the horizon and are scattered across the country. When I understood that beyond their scenic beauty, these formations also are home to a tremendous biodiversity, my love for mountains became one of my research motivations.

Located on the isthmus that unites the Americas, Costa Rica and Panama host particularly rich biotas in less than 150.000 km2 of mountains and valleys. Remarkably, the configuration of these biological communities is relatively recent as it occurred after the uplift of the Isthmus of Panama (<25 Mya). This land bridge that connects North America and South America facilitated the Great American Biotic Interchange (GABI), one of the most important biogeographic events shaping the biota of the Western Hemisphere. As a result, species diversity in Costa Rica and Panama is a mixture of North and South American clades, and a surprisingly high proportion of endemics.

The rough topography and heterogeneous climates of the region could have provided the ideal conditions for processes of speciation in situ. The mosaic of peaks and valleys provides potential physical and environmental barriers that may have restricted further dispersal across the Isthmus once it was colonized. The altitudinal and latitudinal gradients may impose contrasting selective pressures that may have promoted adaptation to local environments. Vicariance and adaptation may have potentially promoted isolation and limited gene flow.

With these ideas in mind, I pursued my PhD in Brazil, under the supervision of Dr. Gabriel Costa, quantitatively assessing the ecological determinants of evolutionary processes in the mountains, using amphibians as my model system. Along with amazing colleagues and mentors (Drs. Carlos Guarnizo, Andrew J. Crawford and Adrian Garda) we conceptualized this study to test how much of the amphibian genetic diversity present in the region is the result of local processes, and what is the nature of those processes. To this end, we used a set of DNA sequences I had processed with Dr. Crawford some years before at the Smithsonian Tropical Research Institute in Panama. We quantified whether and how the linear distance, topographic barriers, geographic discontinuities in climatic suitability, and local environmental pressures separating populations might have influenced the patterns of intra-specific genetic divergence. We were also interested in identifying if these variables have a similar effect on species with different life-history traits. For this, we gathered information on nine amphibian species belonging to five taxonomic families to determine whether a particular factor had a largest effect on the recent evolution of amphibian diversity in the region.

We found that all tested factors have influenced the evolutionary processes in the region to some extent; however, their relative role in explaining intra-specific genetic differentiation varies from species to species. These results highlight the relevant link between species biology and their respective responses to natural processes in evolutionary time scales. Moreover, our findings provide evidence of a region’s in situ complex evolutionary history, where multiple pressures operate over rich and heterogeneous biotic communities. Although the region’s flora and fauna has been relatively well-documented, more efforts are needed to continue disentangling the complex evolution between the fascinating hills and valleys in the middle of the Americas.

Check out the details of our study here! 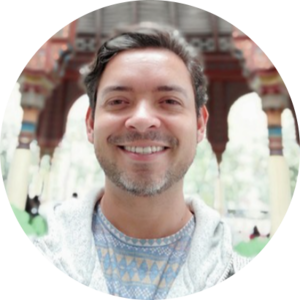