A mechanism of genome evolution classically observed in eukaroytes has been unraveled in one lineage of archaea. 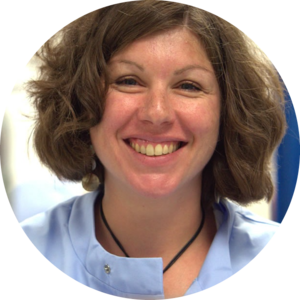 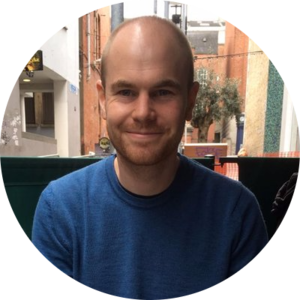 Before embarking on this project journey, members of the team investigated microbial adaptation using ecological (Cécile Gubry-Rangin), evolutionary (Tom Williams), physiological (Paul Sheridan) and genomic (Chris Quince) approaches on different projects. In fact, collaborations between several of those researchers previously occurred, in particular on microbial community analysis (https://www.pnas.org/content/108/52/21206; between Cécile and Chris) and on microbial diversification (https://www.pnas.org/content/112/30/9370; between Cécile and Tom). These collaborations paved the way to the present study. Indeed, when Cécile and Tom bumped into each other during a coffee break at the ISME conference (International Society of Microbial Ecology) in Montreal (Canada) in August 2016, they started exchanging future ideas. Common interest and complementary expertise naturally developed into a longer discussion to develop a collaborative project. The following day, the free afternoon session enabled them to tailor and define more specific project questions and hypotheses, using the nice weather as an excuse to sit on a bench in a lovely park. This face-to-face meeting was so productive that the grant was “fairly” finalised just a few weeks after the conference, and this was also strongly facilitated by the early career stage (Royal Society University Research Fellows) of both researchers. Once the project was awarded by NERC (Natural Environment Research Council), Paul joined the team as a talented post-doctoral researcher, and he attended a metagenomic training course at the University of Exeter a few months after starting. There, he discussed with one of the program supervisor (Chris) across lunch, who mentioned he had assembled a few archaeal genomes within an antibiotic-resistance NERC-funded project performed with several colleagues (known as the “Thames Consortium”). Analysis of these genomes quickly highlighted their novelty, allowing establishment of the great collaboration leading to this study. Therefore, one could say that this study is the product of more or less random informal meetings during formal scientific events. In this time of travel restriction and homeworking, it seems nice to reflect back on some of the many advantages of informal face-to-face meetings happening in conferences!

So, what about the science? Archaea are an ancient branch of life that were once believed to exist almost exclusively in extreme environments. They are now known to be prevalent in most habitats, including those with moderate conditions, and they are often performing important ecosystem function. This study focuses on one important group of archaea, those capable of oxidising ammonia into nitrite, the ammonia oxidising archaea (AOA), within the Thaumarchaeota phylum. These organisms perform a rate limiting step of the nitrogen cycle and their activity has strong environmental and economic implications for agricultural and natural ecosystems.  Since their discovery 10 years ago, AOA presence and activity have been demonstrated in a multitude of environments including geothermal springs, river sediments, oceans and soils, and their phylogenetic diversity is driven by environmental specialisation. However, the ecological and evolutionary mechanisms responsible for such microbial diversification remains unclear and there are still many knowledge gaps about the adaptation of these organisms to diverse ecosystems.

One order of particular interest within the AOA is the understudied Nitrososphaerales order for which limited culture and genomic diversity is available, despite their massive phylogenetic diversity (based on single gene markers), ecological dominance and environmental impact in terrestrial ecosystems. Our work provided the first genome representative for three of the six Nitrososphaerales families within this order, and this greatly improved taxonomic genomic sampling allowed us to investigate the mechanisms of evolution within this order.

Recently, newly developed computational techniques have enabled us to predict the history of individual gene families, estimating at what time the gene family emerged in the ancestors of archaea, and whether it was subsequently duplicated, lost or laterally transferred to other lineages of the phylum.

When most of us think of laterally acquired genes, we tend to think of recent acquisitions, such as the development of superbugs in hospitals, when pathogens acquire antibiotic resistance genes. Lateral gene transfer (LGT), however, has much more ancient role in enabling microbes to adapt to new environments. In Eukaryotes, such as animals, plants and fungi, duplication is the major mechanism of new metabolic acquisition in a genome with the duplicated gene diverging from the ancestral copy over time, ultimately giving rise to a new function. In Prokaryotes, such as bacteria and archaea, LGT is considered the major mechanism through which a host organism gains functional novelty.

Our project provided new evidence that large gene acquisitions occurred early in the evolution of the Nitrososphaerales order, corresponding with their spread into terrestrial environments. These acquisitions were followed by either extensive gene duplication or loss in a lineage-specific manner. Extensive gene duplication has facilitated genome expansion in several lineages. This increased gene number provided the larger genomic repertoire for natural selection to act upon, likely facilitating niche specific adaptations.  This suggests an under-appreciated role of gene duplication in archaeal adaptation to new environments.

This is particularly interesting as recent evidence suggests that Eukaryotes have arisen from within the archaeal domain (https://www.nature.com/articles/nature12779), gaining new genes from ancient LGT and increasing genome complexity by gene duplication (https://www.nature.com/articles/nature16941). Therefore, could this mechanism of duplication of laterally acquired genes be more prevalent than expected in archaea?