A new collection of our published papers looking at the latest research on non-human primates across the world.

Primates are one of the most diverse mammal groups, but around 60% of nonhuman primate species are now threatened with extinction, including all great apes. The latest Editor’s Choice collection from Scientific Reports highlights recent research in the field of primatology, with emphasis on behavioral ecology, evolution and conservation. Below is a short summary of the papers from the collection.

A number of developments in the field of genetics have now been applied to primate conservation, such as a 2018 study from Ito et al., which extended the use of epigenetics-based methods of estimating age to chimpanzees. They demonstrated that chimpanzee age can be estimated using DNA methylation, which can help with understanding chimpanzee ecology as well as their conservation.

Oklander et al. built a genotype reference database for the black and gold howler monkey (Alouatta caraya) which allowed them to assign confiscated monkeys to clusters of origin, leading to a suggested location for the origin of trafficked monkeys. This will help not only to identify poaching hotspots but also to guide reintroduction and translocation programmes.

Last year, Ottoni et al. successfully characterised the oral microbiome of ancient captive Egyptian baboons through shotgun metagenomic analysis of dental calculus. Since all of the baboons studied were captive, the researchers recommend further studies of archaeological and modern wild baboons to assess the effects of captivity on their oral ecology.

Greene et al. used amplicon sequencing and Nuclear Magnetic Resonance spectroscopy to assess the effects of foliage quality on the gut microbiome of captive sifakas, and showed that it is sensitive to even minor changes. This can be used to improve husbandry of captive sifakas, as well as having obvious implications for their conservation in the wild with regards to habitat degradation.

In a complementary field study, Irwin et al. collected morphometric data on wild diademed sifakas across both continuous and degraded forest and discovered that groups in the lowest quality habitat showed wasting in adults and stunting in immature sifakas. This leads to some concern from the authors that the sifakas will not be able to evolve fast enough to keep up with the rapid habitat change in the area.

Dietz et al. documented an outbreak of yellow fever threatening the successful recovery of the golden lion tamarin in southeastern Brazil, and considered how conservation efforts may have to change in order to prevent favouring the mosquito vectors of the disease.

Yuh et al. looked at the different responses of chimpanzee and gorilla populations to land cover changes in Lobéké National Park compared to its surrounding forest management units from 2001 to 2014.

Conversely, Heymann et al. studied how primates can shape their environment, showing that over 20 years, two species of tamarin in the Peruvian Amazon helped to promote the regeneration of an anthropogenically-disturbed area through seed dispersal via increased use.

In the field of behavioural ecology, Reinhardt et al. conducted the first sleep study on a nocturnal primate in the wild, demonstrating that light levels and ambient temperature play a major role in shaping the daily wake and sleep patterns of Javan slow lorises.

Clink et al. studied the influence of overnight environmental variation on vocalisations in gibbons, hypothesising that male solo calls would be more affected than duets, because they start earlier and last longer. Overnight rainfall was a negative predictor of male solo calls, and led to a 30-minute delay in start time, which the authors suggest could be related to changes in energy expenditure.

In possible evidence for infanticide in wild orangutans, which has been predicted but not previously observed, Knott et al. reported the disappearance of a four-month old infant, concurrent with injury of the mother and presence of a new male.

Morrow et al. studied interindividual variation in the tendency of moor macaques to interact with humans along a provincial road in South Sulawesi, Indonesia. They discovered that males were more likely to be along the road than females, in-keeping with the life history theory prediction that males are more risk-prone.

Schwedhelm et al. identified a region of the lateral prefrontal cortex that encodes the colour of a visual stimulus in rhesus macaques, by analysing neural recordings from implanted chronic microelectrode arrays during match-to-sample tasks. 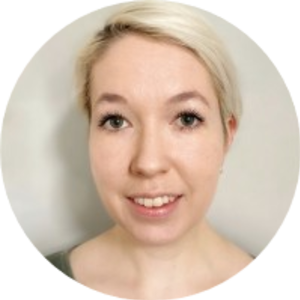 Why we age: A new window into an old evolutionary problem
Contributor Nature Comms
Journal club