Climate is changing at an unprecedented rate and it is critical to understand how different organisms will (or will not) adapt to their new environments. Corn, or maize (Zea mays ssp. mays), is a tropical domesticate but is now cultivated in temperate regions across the world. How did this happen?

Plants were first domesticated by humans approximately 10,000 years ago and since then have been carried and traded across the globe. From the plants' perspective, this means that they, within a single generation, were asked to adapt to sometimes radically different environments from which they originated. Corn, or maize, was domesticated in the lowlands of Mexico around 9,000 years ago but today grows readily in the temperate regions across the globe. Understanding the genetic basis of this success story can help us to understand potential futures for wild species under current unprecedented rates of climate change.

In a recent article in Heredity, we sought to understand the adaptive basis in maize for flowering, a complex trait controlled by many genes each with a relatively small effect. Maize uses changes in flowering to escape freezing temperatures and is one of the primary ways that maize adapts across different latitudes. We took advantage of five publicly available maize populations from Europe (EUNAM-Dent and EUNAM-Flint), China (CN-NAM) and the Americas (USNAM and the more genetically diverse but dominantly American Ames population) to understand the origins of temperate adaptation across the world.

First, we looked at the ability of each population to predict flowering in the other using only genomic relationships, which would indicate a shared genetic basis for flowering. While interesting trends were observed, including a persistent inability of the other populations to predict the Chinese population, cross-population prediction is difficult to interpret since prediction can be minimized when the genetic structure or relative diversity of the populations compared are very different. This is especially true for predicting flowering because when plants flower at a different time, they have no way to mate and thus selection for time to flowering actually serves to separate the populations genome-wide. Because diversification between populations is what is drives genomic prediction, even when prediction is poor we cannot be sure that the actual genetic basis of early flowering is different. This is especially true when the populations have been isolated across different continents.

To focus exclusively on a shared genetic basis for flowering, we used a machine learning approach, a Random Forest Classifier, to try to predict variants in the genome that were found to be highly significant for flowering within each population. These were predicted using significant variants from other populations - but this is similarly influenced by differences in the relative genetic structure of the two populations - and also by variants that were independently found to be significant based on divergence between tropical and temperate ("temperate" and the very northerly "N. Flint") populations from the Americas. This second prediction directly addresses the question of an American origin for early flowering temperate variation.

Based on these results, we can infer that, as expected because selection for flowering structures populations, the American populations were very well predicted. We can also infer that the European populations owe some of their flowering variation to American influence, which agrees with both previous research (Revilla et al., 2003; Rebourg et al., 2003; Dubreuil et al., 2006) and also historical records that indicate that the early tropically derived maize introduced by the Spanish and Portuguese was not able to move north of the Pyrenees until British and German trade routes introduced temperate adapted maize from what is now the northern US. Likewise, maize was introduced into China in the early 1500s likely through trade routes connecting Acapulco, Mexico to Macau, China. Unlike in Europe, these results suggest that Chinese maize only recently interbred with American temperate varieties and historically adapted to temperate Asia completely independently.

The success of maize in repeatedly adapting to new environments suggests a roadmap for understanding the characteristics important for resiliency in natural species subject to changing climate but why was maize able to accomplish these feats? Maize is historically highly outcrossing resulting in large effective population sizes, with high levels of genetic diversity, which theoretically allows for efficient selection. While this is good news for species similar to maize, more work needs to be done to understand the impacts of climate change on a diversity of natural systems. Understanding past adaptations in other domesticates will provide a clearer picture of the population parameters underlying resiliency. 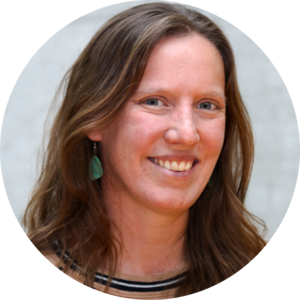