When it comes to understanding and identifying the vegetation communities in a certain area, we often tend to use one, or two, of the different methods of clustering analyses. We would directly dive into using a certain software or code to do such a mission. However, have we ever considered the possibility that the data we are dealing with may not have meaningful clusters?! One of the issues of clustering algorithms and software is that they will manage to locate and specify clusters in data even if there are none (Cross & Jain 1982).

So, I think it is a crucial issue to measure the clustering tendency at the beginning of any clustering analysis; it will give an idea about the presence or absence of clusters in the data, and to which limit are the data clustered.

In this article, I am going to focus mainly on the first method, Hopkins’ statistical hypothesis test that was proposed by Hopkins & Skellam (1954). The Hopkins’ test is used to assess the clustering tendency of a data set by measuring the probability that this data set is generated by a uniform data distribution. In other words, it tests the spatial randomness of the data.

For instance, let DS be a real data set of vegetation data plots or records. We can apply the Hopkins hypothesis test as next:

So how to interpret this formula?
If the original data (DS) were uniformly distributed, then

would have close values, and thus H would be close to 0.5. On the other hand, if there are clusters present in DS, then the distances for artificial plots

would be much larger than those for the real ones

The null and the alternative hypotheses for Hopkins’ test are defined as follow:

To measure the clustering tendency of the data set of my research, I have developed a Python script to calculate the Hopkins’ statistical test value. The resulted value was 0.96 as shown in the Python code below. Since H value was larger than 0.5 and quite close to 1, I rejected, with more than 90% level of confidence, the null hypothesis and confirmed that the data set had clusters.

The first 4 lines of the code below are to import the data set into Python compiler and wrangle it: 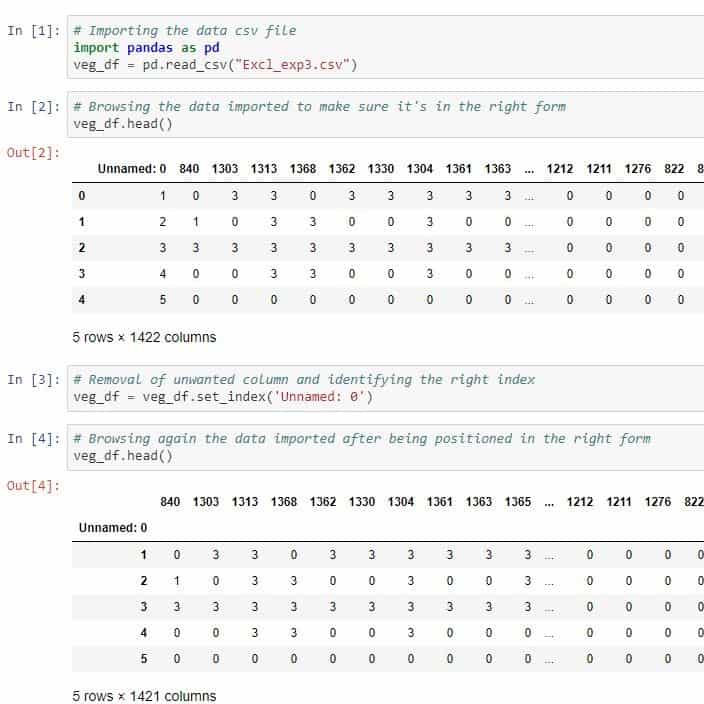 The code section below is to build a function that calculates the Hopkins' Test value: 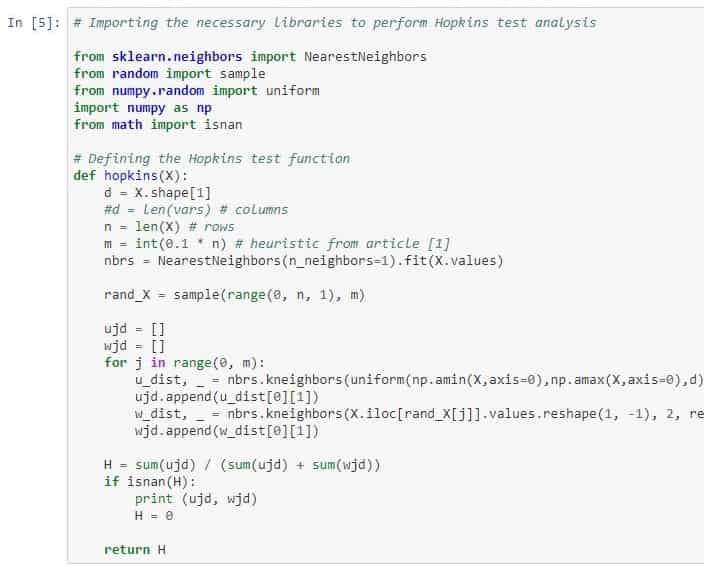 The final code line below is to apply the built Hopkins' Test function into the imported data set:

As shown above, the hypothesis test value is 0.96 which is quite close to 1, so we can reject the null hypothesis and this means that the data set is non-uniformly distributed implying the presence of clusters.

I have made the code available for everyone and You can get it from the GitHub repository below: 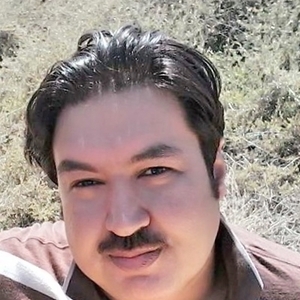 I'm a PhD researcher in Plant Ecology and Nature conservation Group, Wageningen University, The Netherlands and an Assistant Lecturer in Faculty of Science, Tanta University, Egypt. I'm interested in vegetation data analysis, classification and mapping. I've participated in international projects dealing with vegetation surveying and data analysis. I was a researcher in "Medicinal Plants Conservation Project" in South Sinai, granted by UNDP and GEF, and implemented by EEAA, Egypt: 2004-2007. I'm also a custodian and researcher in a global project for analyzing the world vegetation databases (sPlot), from 2012 till now.

Poppy Simon
How a botanical textbook from 17 years ago helped ecologists deepen their understanding of nature
Contributor
News and Opinion, Journal club